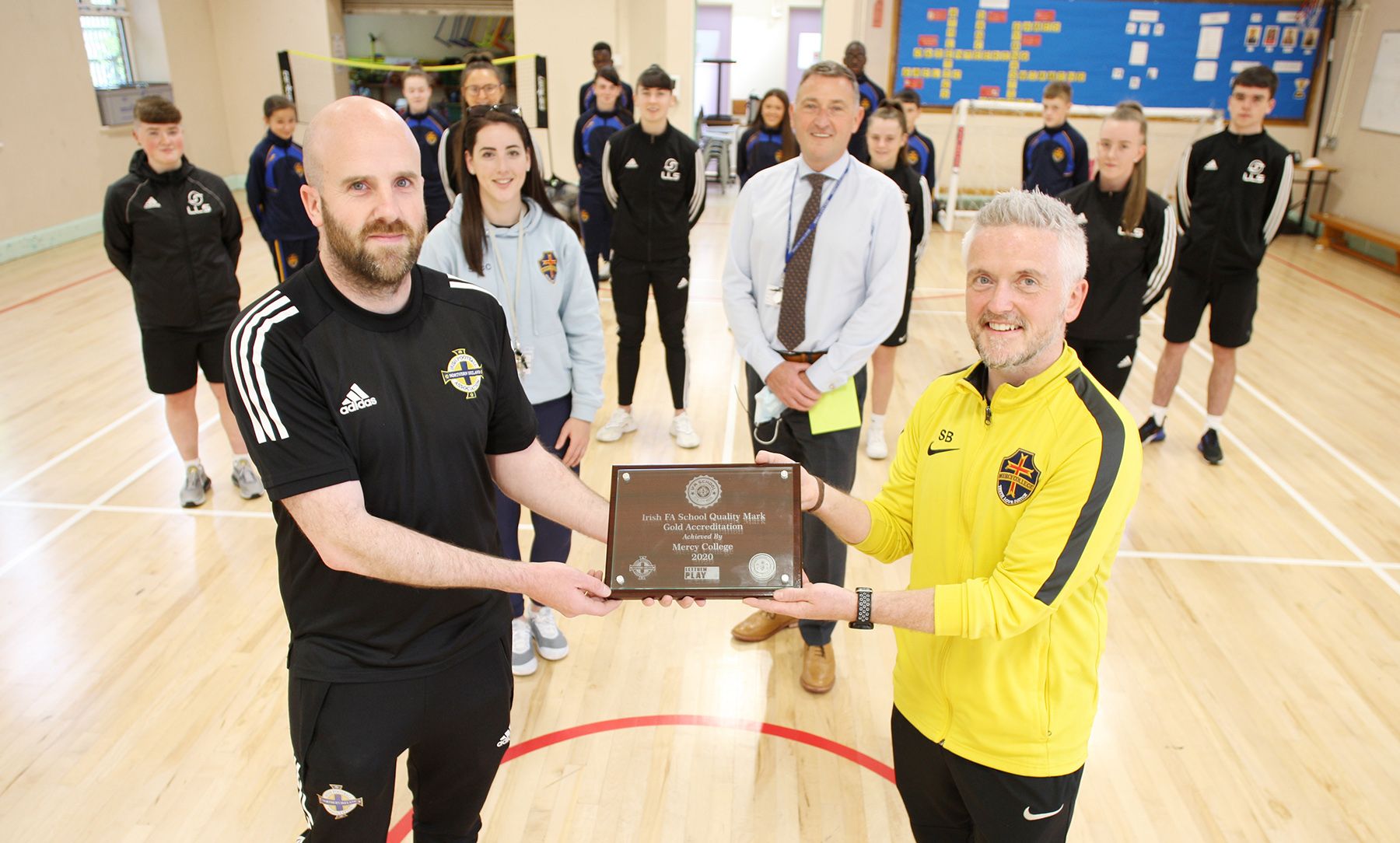 CONGRATS: Damien McLaughlin from the Irish FA presents Séadna Billings, Head Coach of Football at Mercy College with the award

MERCY College in North Belfast has been awarded a Gold Schools Quality Mark for Excellence in Sport for Football.

The School Quality Mark is a new initiative provided by the Irish FA that aims to enhance and improve schools football at both primary and post primary level.

Schools have the opportunity to enter the accreditation at three different levels, Bronze, Silver and Gold, depending on the structures already in place, with Mercy College receiving the top accolade.

Séadna Billings, Head Coach of Football at the school said: “Mercy College Belfast has seen the football team go from strength to strength over the past ten years which has now culminated in the school being awarded the Gold Schools Quality Mark for Excellence in Sport for Football.

“Through the years there have been many achievements on the field where pupils have succeeded in many indoor and outdoor tournaments.

“Off the field, some have been selected for their various local teams and some have gone on to represent Northern Ireland at various levels including players who will take part in the European Championships next year.

“We also pride ourselves in offering pupils other opportunities in football such as attending Premier League matches and taking the senior team to the Schools European Championships in France.

“I want to thank everyone who helped make this award possible including Jackie Blyth and Damien McLaughlin at the IFA, LLS, NISFA and local clubs and support from the staff and students at Mercy College.”