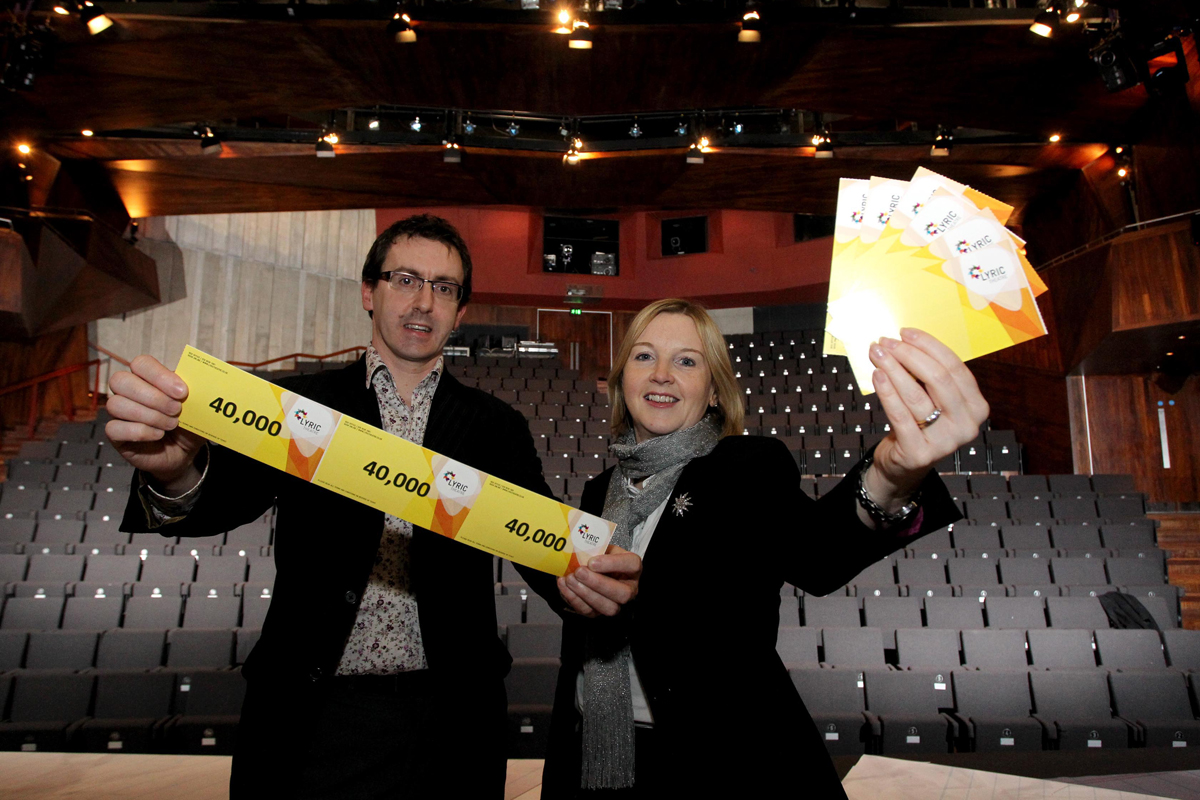 The Northern Bank Stage at the Lyric Theatre, which flung open its doors in May alongside the rest of the refurbished Stranmillis building, has seen 40,000 people attend shows there in the period.

A string of plays starring several well-known names have been performed on the stage, which is the main auditorium and focal point of the £18.1 million Ridgeway Street venue.

The first play was an adaptation of Arthur Miller’s The Crucible starring Catherine Cusack, while the popular musical The Jungle Book also brought people pouring through the doors. French farce The Painkiller starring Kenneth Branagh and Rob Brydon also received much critical and commercial acclaim.

Lyric Chief Executive Ciaran McAuley said the attendance figures were a result of the quality of the productions that had been put on. “The stage has had a really successful opening six months. With performances from stars of both the small and big screens, amazing playwrights and production teams, the sheer quality of the performances on offer have made it the entertainment venue for theatre-goers across the city and beyond who are looking for a great night out.

“With audience figures reaching over 40,000 to date, we are already looking forward to the new year and are confident that the stage will continue to attract record audience figures.”

Rosamond Bennett from sponsors Northern Bank added: “Our investment in the Northern Bank Stage has been a great success with customers and staff alike.

“It is particularly encouraging that despite the squeeze on household incomes, theatre fans across Northern Ireland have, in their thousands, become regular visitors to the Lyric Theatre and have responded with such enthusiasm to the outstanding productions on the Northern Bank Stage.”