No changing of the guard after county finals 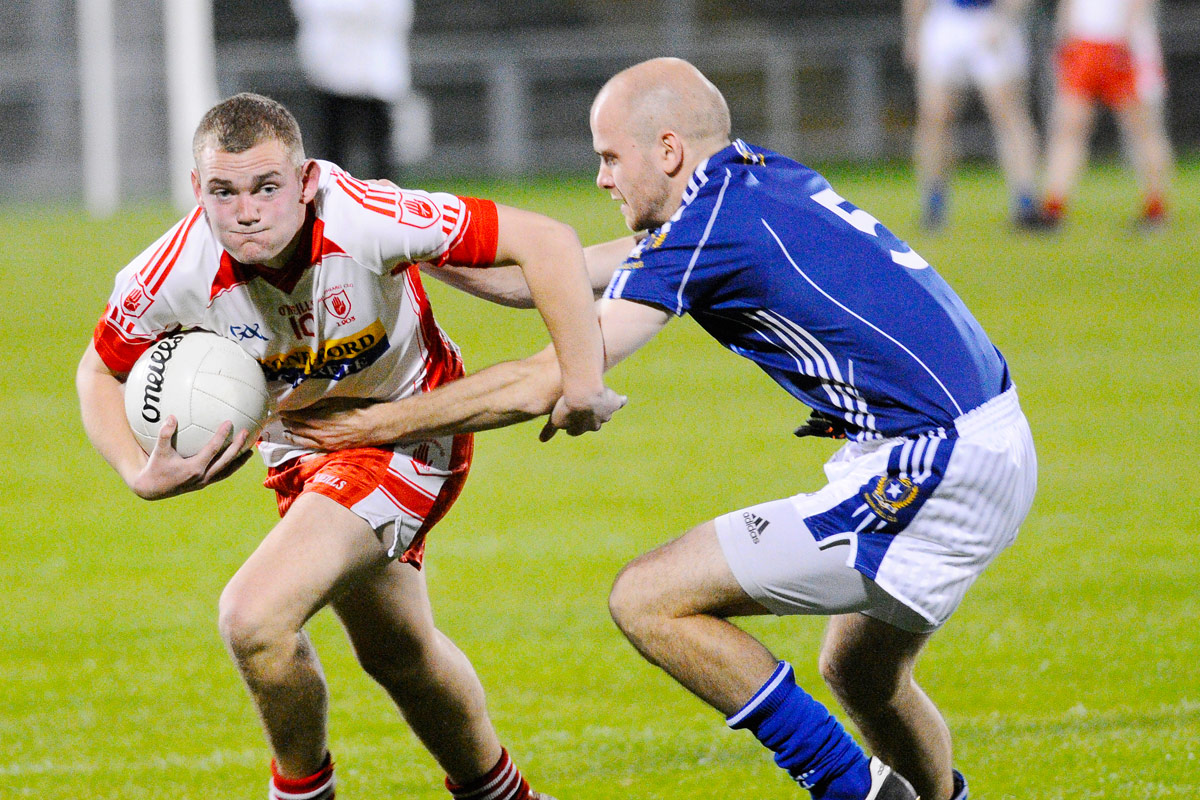 Our Senior Championships were decided at Casement Park last weekend and to no great surprise the titles were retained by the respective holders.St Gall's won the football by 0-14 to 0-11 and truth be told they never looked like losing though to their credit Lámh Dhearg fought an honourable fight and made sure that St Gall's were never able to relax and had to play to their limit for the full hour.

That did not seem to be the case when the holders had led by 0-6 to 0-1 at the end of the opening quarter.

Despite losing reliable full back Kevin Murray as early as the eighth minute, Lámh Dhearg found enough to get into the contest and by half time were only trailing by two, 0-9 to 0-7.

When Paddy Cunningham had the opening point of the second session to cut the margin to a single point we anticipated that we might have a real fight to the finish but quietly and efficiently St Gall's -thanks to points by Kieran McGourty and brother CJ -took control and moved three clear.

Although Lámh Dhearg  kept in touch thanks to accurate free kicking by Paddy Cunningham (he converted eight over the hour ), St Gall's remained in control.

St Gall's Kevin Niblock  scored three points in as  many minutes from the 49th minute and though Lámh Dhearg had their ninth point shortly afterwards that brought the scoring to an end.

St Gall's were deserving winners with six of their forwards  registering and players like Sean Kelly and Aodhan Gallagher playing to their best.

Lámh Dhearg were overly reliant on the frees of Paddy Cunningham but the whole side can take some consolation from the fact that enough promise for the future was on display.

St Gall's now go into Ulster and surely will be facing  Crossmaglen on the last Sunday of October who are overwhelming favourites to win that county's final.

That will bring together the last two winners of the All Ireland Club title  in a mouth watering tie and I know that several of the St Gall's players who won the All Ireland in 2010 regretted that they did not number Crossmaglen among their victims during that run.

This time St Gall's have everything going for them – a team at its peak playing at a venue that is a second home to them and with a nice rest to ready themselves after what was not an exhausting Antrim campaign.

In Sunday's hurling decider the so-called chokers from Loughgiel took a leaf out of the Dublin book of seven days earlier.

After a hard-fought contest until the 50th minute Cushendall had moved four clear and if there was a soft spot in the Loughgiel character then that was the opportune time for it to show up.

Instead Loughgiel outscored Cushendall by 1-4

The vital goal, from a penalty, was part of Liam Watson's tally for the day.

The enigmatic Liam hit 1-5, all but a single point coming from placed balls, but even he was outshone by Cushendall's  Shane McNaughton who scored a total of  ten points, six of which came from four frees and two 65s.

This was a much better game than most anticipated in view of the in and out form both teams had been showing this year.

For a start it was a sporting game played at high tempo and there were heroic displays on both sides – Martin Scullion and James Campbell for Loughgiel and Donal McNaughton and Shane McNaughton for Cushendall.

Loughgiel now play the Derry representatives in the Ulster race and will surely win out here.

If Loughgiel make it to the All Ireland stages this time there will surely be a big improvement  because last year they were focused on one thing – winning in Antrim after so many disappointments earlier.

Furthermore, their team seems to have matured, witness that come back from the dead on Sunday last.

When all is said and done Loughgiel are the one Antrim club to have won the All Ireland title and perhaps the current squad can look at their history and decide it is time to live up to it.