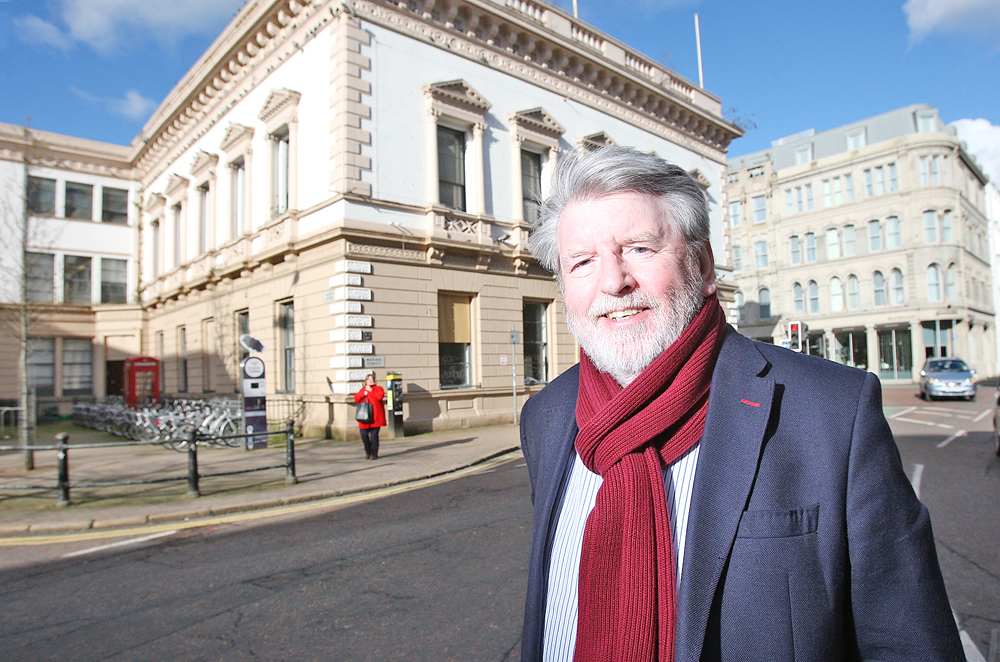 A CROSS-COMMUNITY bus run to Donegal, a newly formed Protestant flute band, a serial ‘fleg’ protestor and the long-awaited return of Fireball are just some of the delights audiences can expect to meet in The History of the Peace (Accordin’ to My Ma).

Set 14 years after the curtain first came down on the highly acclaimed The History of the Troubles (Accordin’ to My Da), Martin Lynch, and co-scribes Conor Grimes and Alan McKee are back a peaceful tale of street protests, riots, guns, bombs and riots.

Over a Friday afternoon cup of coffee, Martin tells me this latest production will tell the story of the working class Protestant community after the 1994 ceasefire up to present day. Central to the story is Karen Reid, a community worker trying to keep house and family together in the face of the many challenges by The Peace after The Troubles.

“Conor Grimes, Alan McKee and I did The History of the Troubles over 14 years ago and it was first performed in the town’s Bank Building just across the road in Bridge Street, which held only 110 people,” explained Martin. “It was during last year’s revival of Dancing Shoes that Conor and I started talking about the show and together with Alan we came up with the idea of doing something about the Protestant community.”

He continued: “The women’s story wasn’t told very well in The History of the Troubles, it was very much from a male perspective with the central character of Gerry Courtney narrating the piece as it went along. We have created the character of Karen Reid who is played by Two Sore Legs actress Maria Connolly and she is at the core of the piece.

“The play begins with the character of Karen having her baby in the Royal Victoria Hospital as the cavalcades of cars and taxis are driving up and down celebrating the Provo ceasefire. The play follows her life from there on in and we have covered from ’94 right up to today, really.

Martin said that since the end of the Troubles there is a feeling “that it is the Protestant community who feel underrepresented, ignored and treated badly”.

“The play is about articulating that Protestant working class feeling,” he said. “It’s a constant throughout the play.”

The show sees the return of Conor Grimes’ Fireball, who proved such a comedic hit during the first play.

“We have also introduced Fireball’s cousin – Firebell – and both these guys are funeral workers. Add to that the character of Roberto, the incompetent flute band leader, and Pineapple, a disastrous paramilitary leader who just happens to have a penchant for dyed blond-tipped hair.

“I’m really looking forward to seeing the show at the Grand Opera House. Sure, the three of us have fought over words, fought over sentences, while writing the piece, but at the end of the day you have three creative people writing to create a play that we hope audiences will enjoy.”