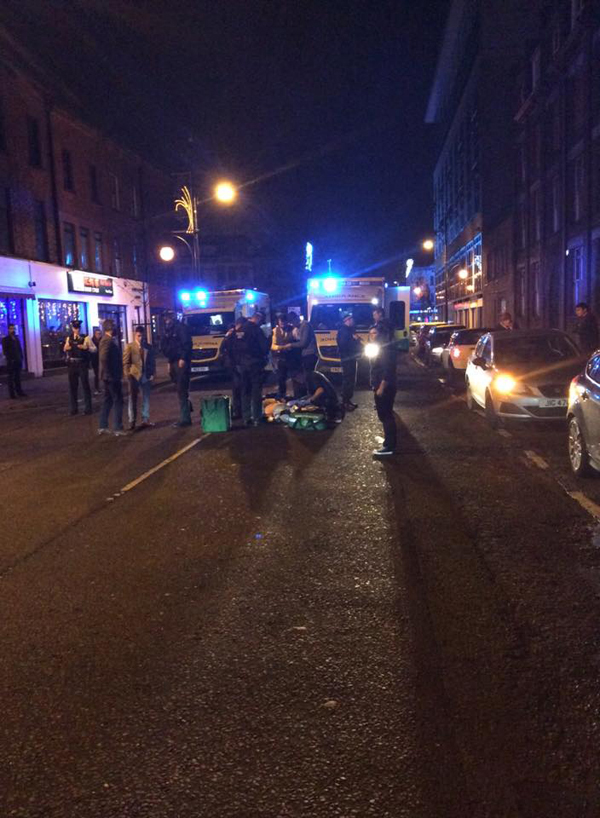 Emergency services at the scene in Donegall Pass on Saturday night

A MAN remains critically ill in hospital after collapsing from a suspected drug overdose in Belfast city centre.

Police and ambulance crews attended the scene in the Donegall Pass area shortly before 9pm on Saturday night.

Three men were found unconscious, with one still in a critical condition.

"Police received a report from the NIAS (Northern Ireland Ambulance Service) of three unconscious males," the PSNI said in a statement.

The men were treated at the scene before being taken to hospital.

The Belfast Trust said one of the men remains critically ill and is being treated in the Royal Victoria Hospital’s Intensive Care Unit.

It follows a spate of drugs-related deaths across the north in recent weeks.

"This clearly could have had dire consequences for those involved," police said in a Facebook post after the incident.