Power of protest in music 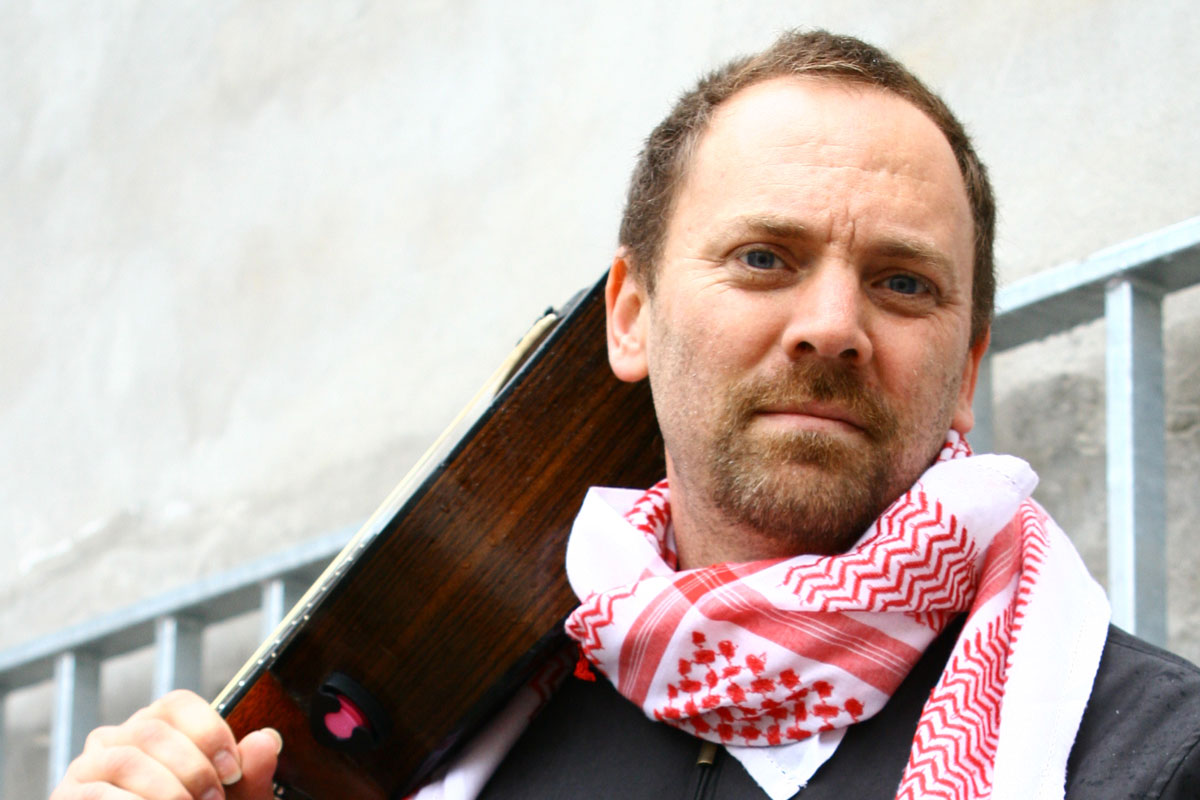 The best political songwriters can deliver in three-and-a-half-minutes what many politicians can spend a lifetime trying to express.

For American singer-songwriter David Rovics, who is playing the Crumlin Star in Ardoyne next week, song has the power to deliver clarity to confused situations, even if it is momentary.

Rovics is known for expressing his left-leaning views through his songs and essays, many of which have been published in American political journal Counter Punch and others.

Ahead of the gig the North Belfast News caught up with David while he was making his way through the European leg of his ‘No Fracking Way’ tour.

He says music has the power to influence people’s opinions.

“At least on occasion, I've found music can sometimes be the next best thing to actually being there, in terms of transporting someone to a given situation, opening them up to experiencing the reality the way it is, for a few minutes,” he says.

“It has its many limitations, of course, it’s a short-form way of communicating, and at least as emotional as cerebral, but that certainly has advantages, too.”

Using those advantages to get your point across is a tactic adopted by renowned protest singers in the past, from Woody Guthrie to Billy Bragg.

David says people across the globe are continually writing songs about the world around them and the situations they find themselves in, with the Irish singers and songwriters being a prime example.

“I don't know if it (the protest song) is on the rise again globally as a whole, but certainly in many places it's on the rise,” he said. “To some extent it rises and falls with mass movements, wherever they appear, and on the other hand it never leaves us, all over the world people are writing songs about the world around them, just as I do, though of course in different languages and musical styles.

“Naturally, the Arab Spring has produced a lot of music in the Arabic-speaking world and beyond, just as other mass movements have, the Irish movements for freedom and civil rights, etc., being a prime example of the whole phenomenon over centuries.”

Often an outspoken critic of his homeland’s foreign policy, Rovics says the decline of the US as a world-dominating superpower is a good thing.

“The US is a terribly destructive force in the world today, and throughout history to a huge extent,” he said.

“Of course there are lots of good people in the US just as there are everywhere, but the US government is blatantly controlled by banks and oil companies and the like, it is run through legalised bribery called lobbying, and it is not a democracy in any reasonable sense of the word.

“As a result, its influence is all about big business making money domestically and abroad. You can see the results from the poisoned, radioactive water throughout Pennsylvania to the bombed-out, radioactive wastelands in Iraq, Afghanistan and elsewhere.

“I don't know what the future holds in terms of the US empire, but its decline can only be a good thing for most people in the world.”

So what can fans expect when he plays in Belfast?

“Fans can expect a night of good wholesome entertainment, mixed in with a few good stories, with a little gasoline on the fire to make it burn hotter,” he said.