Push is on to have Casement built for World Cup 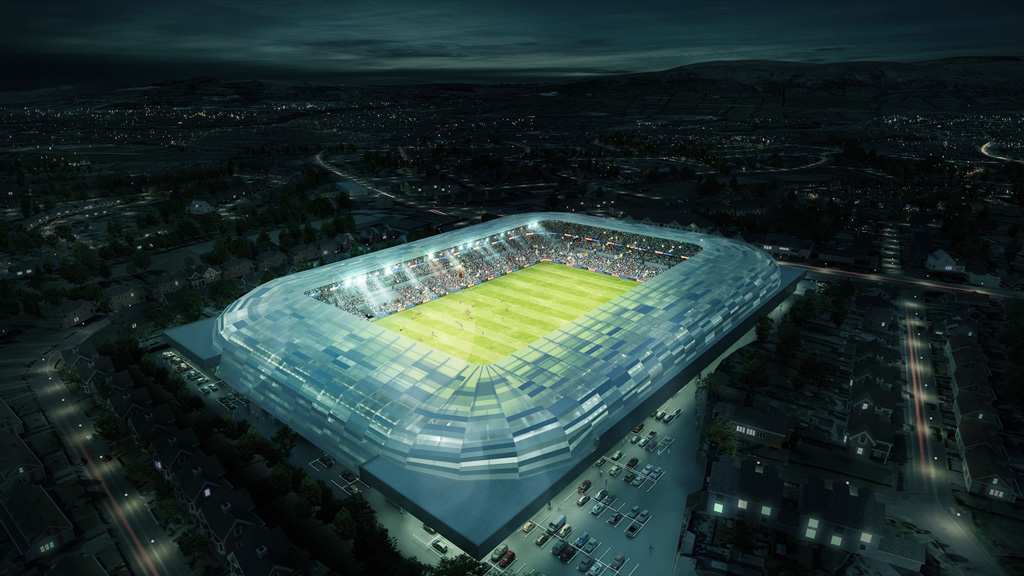 DEADLINE: Casement Park lies idle on the Andersonstown Road, but there are plans to turn it into a 34,500 capacity stadium

THE race is on to have the new Casement Park built after the IRFU included the West Belfast venue in its bid for the 2023 Rugby World Cup.

Twelve venues including Kingspan Stadium in Belfast, Croke Park and the Aviva Stadium in Dublin, have been included in the proposed list which was unveiled at the ‘candidate stage’ at the Aviva on Tuesday afternoon.

Ireland’s bid will face stiff competition from past hosts South Africa and France. The tournament, which is expected to be worth more than €800m to the Irish economy with more than 445,000 expected to visit the country, has received the full backing of the GAA who are eager to include Casement in the Irish Rugby Football Union’s plans. t into a 34,500 stadium.

The selection process will run until November 2017 when World Rugby will decide on the successful candidate after a period of detailed technical evaluation of the candidates, with final proposals being submitted in June and a presentation to World Rugby scheduled for October.

Bridghidin Heenan from ARC said the “possibilities would be endless” if Casement Park secured the World Cup.

“West Belfast would be showcased at its best, to have that kind of occasion on the Andersonstown Road would be fantastic. It would be fantastic if Casement secured the bid. This part of the city would not just have an all-Ireland audience but a world-wide audience,” she said.

However, Tony Dignan from MORA said the GAA’s proposals “still represent an over-development of the Casement Park site”.

“We wish Ireland’s Rugby World Cup bid every success, we will continue to press for a suitably-sized redevelopment of the Casement Park stadium – a county ground for Antrim with an appropriate and safe capacity.”

The Rugby World Cup bid comes as Ulster GAA open an office on the front of the Andersonstown Road in their bid to build a new 34,500 capacity stadium at Casement, as part of their consultation process with the local community.

West Belfast MP Paul Maskey has welcomed the inclusion of Casement Park as part of the 2023 bid.

“A successful bid will put West Belfast once again firmly on the world map, on millions of TV screens across the world and invite thousands of tourists and people from across this island to the west of the city.

"I have no doubt that a new Casement Park will help the continued regeneration of West Belfast and with such international bids being put forward the sky is the limit for investment and job creation opportunities for West Belfast.”

Deputy First Minister Martin McGuinness added: “The 2023 Rugby World Cup bid is a bid for all the people of Ireland and the Executive will make every effort to make it a winning bid.

“We have a proven track record of hosting major global events including the G8, Giro d’Italia, MTV Music Awards, the World Police and Fire Games, the Clipper round the World Yacht Race and the Irish Open Golf Championship.

“This is a collective effort and I commend the GAA for placing its grounds at the disposal of the tournament, a key factor in Ireland’s ability to bid for the tournament.

“It is estimated some 445,000 are predicted to travel to Ireland for the tournament so it would be of immense benefit to the economy.”