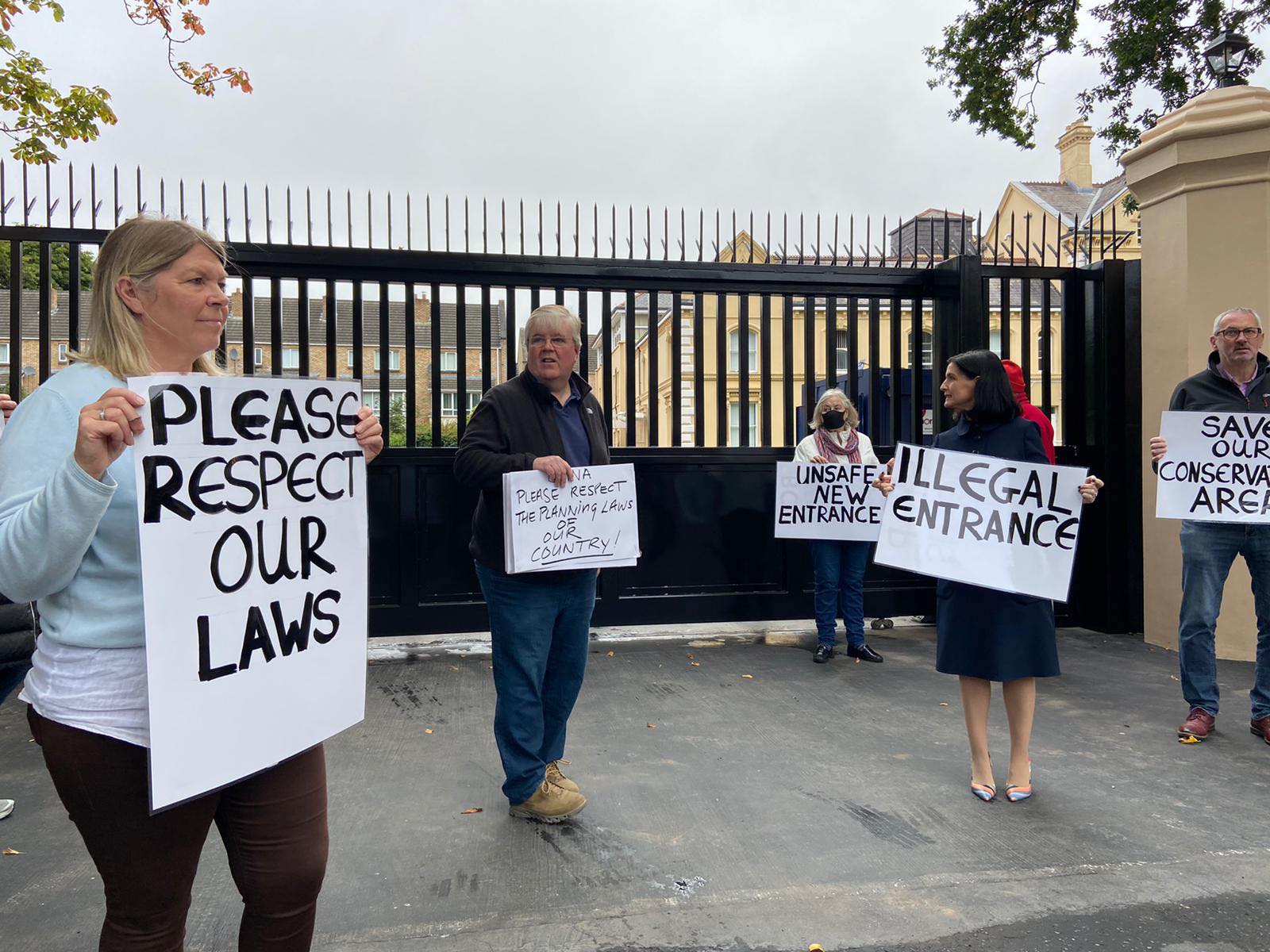 PROTEST: Residents from nearby Adelaide Park protest outside the Chinese Consulate on the Malone Road

Malone residents have staged a protest outside the Chinese Consulate in South Belfast to vent their anger after a security wall and “unsafe” entrance gate was built without planning permission.

Work at the Malone Road site was completed last week.

Residents from nearby Adelaide Park held up placards on Tuesday morning (September 8) demanding that the Consulate respects planning laws in this key conservation area.

For months, residents raised concerns about the wall's impact on the area's protected conservation status and described it as an “eyesore”.

In spite of a stop notice being served, work continued at the site, forcing Belfast City Council planners to launch legal proceedings.

However, the High Court in June refused to order a halt to the works after ruling that the Chinese Consul General, Madame Zhang Meifang, is protected by diplomatic immunity. The Council's failed injunction bid cost ratepayers almost £40,000.

More recently, a new access point to the Consulate along Adelaide Park also caused further disagreement after its two-way system was deemed “unsafe” by residents.

“The Chinese have shown disrespect for their neighbours and our neighbourhood.

“All the work continues to be done without planning permission and without consultation with their neighbours.

“This will in the long term cause harm to community relations and to the conservation areas.

“The wall is three meters high, made of reinforced concrete , bomb proof with anti - climb bars in a residential area where the norm is low red brick walls with railings and hedges in keeping with the local landscape.

“The wall is not appropriate in the conservation area and they should have considered relocating to an industrial park. The Design Guidances for the area states original front boundaries were not normally erected as defensive structures, intending to demonstrate exclusivity and segregation.

“The new wall is not in character with the area.  It would not have been given planning permission as it would be not comply with planning laws and the conservation area guidelines.

“The Chinese Consulate have failed to recognise that their best security is their neighbours.

“It is about time the Chinese Consulate in Belfast complied with our planning laws and respected their neighbours’ concerns.”

The Consulate have defended the works, stating that the wall is essential for “security reasons” and the wall respects the character of the surrounding neighbourhood.