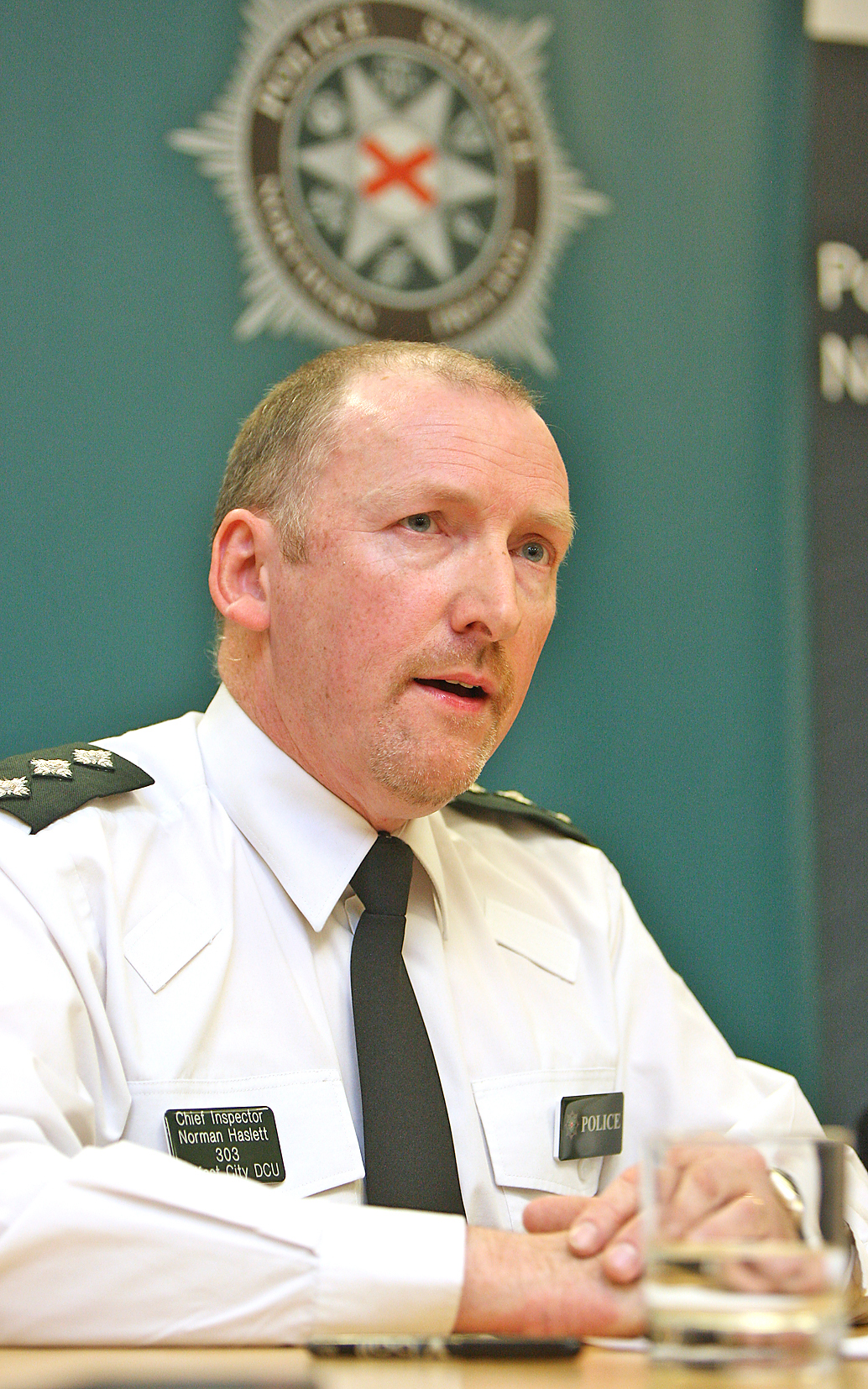 A TOP West Belfast cop has said that a hurling stick is “not an offensive weapon” following the front page report in last week’s Andersonstown News.

A clarification video and statement posted to the PSNI’s West Belfast social media Facebook site came after we reported that Shaws Road man and Lisburn and Castlereagh Council GAA coach Kevin Grieve was warned that the hurl he had in his car was an “offensive weapon”.

Mr Grieve was stopped by the PSNI on the Andersonstown Road for a routine insurance check and was then asked by the officer about his hurley stick on the passenger seat. Mr Grieve was then told he was being given a warning for having “an offensive weapon”.

Mr Grieve contact the Andersonstown News to let people know what had happened to him.

“I think it is ridiculous that a piece of sports equipment could land you with a criminal charge,” said Mr Grieve. “I would be amazed if this is a law. If it is it needs seriously updated or changed and looked at.”

Posting a video and statement to their Facebook page on Friday, Chief Inspector Norman Haslett spoke of how he was “acutely aware of the significance and importance of Gaelic games in the West Belfast community in terms of culture, heritage, identity and of course sport”.

“I want to clarify clearly that a hurl is not an offensive weapon, it’s a piece of sporting equipment.,”he said.”I want to apologise to the driver for any offence that may have resulted from his interaction with police and invite the driver to chat through the incident at his convenience.”

“Not only is Kevin Grieve a member of St Agnes’ GAC he is a GAA coach,” he said. “Players, coaches always have a hurl about them, it’s second nature and part of our heritage, our culture. I know a statement was issued through Facebook that addressed the concerns that were raised and highlighted in the Andersonstown News last Thursday.

“Kevin Grieve, myself and Chief Inspector Haslett are due to sit down at a meeting on Friday to thrash this issue out as this has to stop. I want to ensure that what happened to Kevin Grieve is the last time and we have total clarity on how hurling sticks are not offensive weapons.”