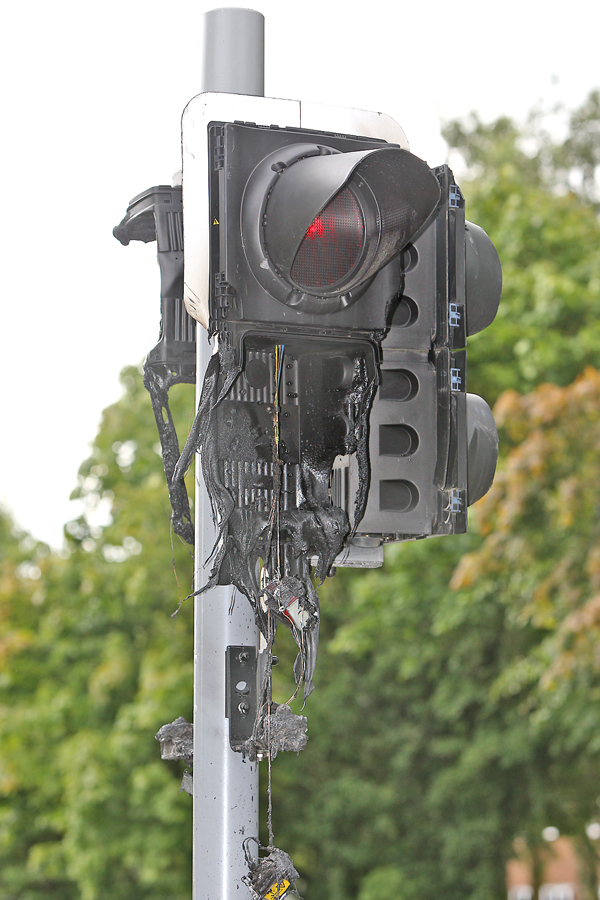 The damage caused to the traffic lights

WEST Belfast MLA Jennifer McCann has hit out at vandals who destroyed a set of traffic lights a stone’s throw from St Kieran’s Primary School in Poleglass.

The lights, which have come under repeated arson attack, are now out of commission due to the extensive damage they sustained in the early hours of Sunday morning.

The busy crossing used by residents going to local shops and the nearby church as well as by schoolchildren when the primary school opens at the end of the month.

Ms McCann told Daily Belfast that this was the 20th time the lights had been vandalised to such an extent and says she fears that “someone will be killed” if the attacks persist.

“Whoever is burning traffic lights at St Kieran’s need to realise they are putting children's lives in danger,” she said. “This is not the first time the lights have been targeted and in recent years they have had to have been replaced on numerous occasions due to repeated attacks.”

“These people are targeting schoolchildren,” he said. “It is nothing more than mere wanton vandalism attacking the access point, the school and community centre.

“Although this happened in the early hours of the morning I would still appeal to parents to be aware of where their children are.”

“Poleglass is a vibrant community and a lot of people are trying to better the place. These vandals are just taking a step back,” he said.