Two bidders in for Cultúrlann building 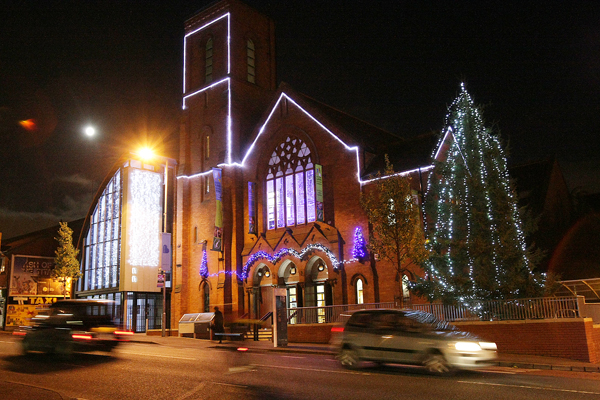 FOR SALE: The iconic Cultúrlann on the Falls Road which is being sold by the Springfield Charitable Association

THE board of the Cultúrlann are one of two bidders for the landmark building on the Falls Road.
The board say they are hugely excited to be in a position to bid for the iconic building that they have occupied and developed for the past 26 years having secured funding.
The Irish language cultural hub in the heart of the Gaeltacht Quarter has now received funding from Ciste Infheistíochta na Gaeilge, which provides capital funding for Irish language projects in the north.
The Andersonstown News reported last week that Springfield Charitable Association, who are selling the building to raise capital for its Cupar Street project for older people, had been “left with no choice” but to put it up for sale due to no public funding being released for their project.
Aisling Ní Labhraí, Director of the Cultúrlann, said: “We are absolutely delighted to be finally in a position to purchase this fantastic community resource.
“The Cultúrlann is the heartbeat of Belfast’s growing Irish-speaking community and has been highlighted as a best-practice model on community revival, not only across Ireland but internationally for minority language communities.
Optimistic
“We have a fantastic working relationship with the SCA, stretching back over 25 years and we are optimistic that they will look favourably on our bid. We have invested heavily in the Cultúrlann in that period, building it up from a disused, dilapidated building to an iconic Irish language arts centre with over 95,000 visitors this year alone.
“This has been done through a can-do spirit and a desire to showcase all that is best about the Irish speaking community. We hope that we can continue to build on that for the next 25 years.”
Springfield Charitable Association (SCA) General Manager Terry McNeill said that the sale of the building is not yet a done deal.
"We have the Cultúrlann and at least one other bidder in for the sale of this building. No contracts have as yet been signed. We are hoping to close the matter this side of Christmas but at the minute that is looking increasingly unlikely. SCA are moving forward with their Cupar Street build with construction work to begin in January.”