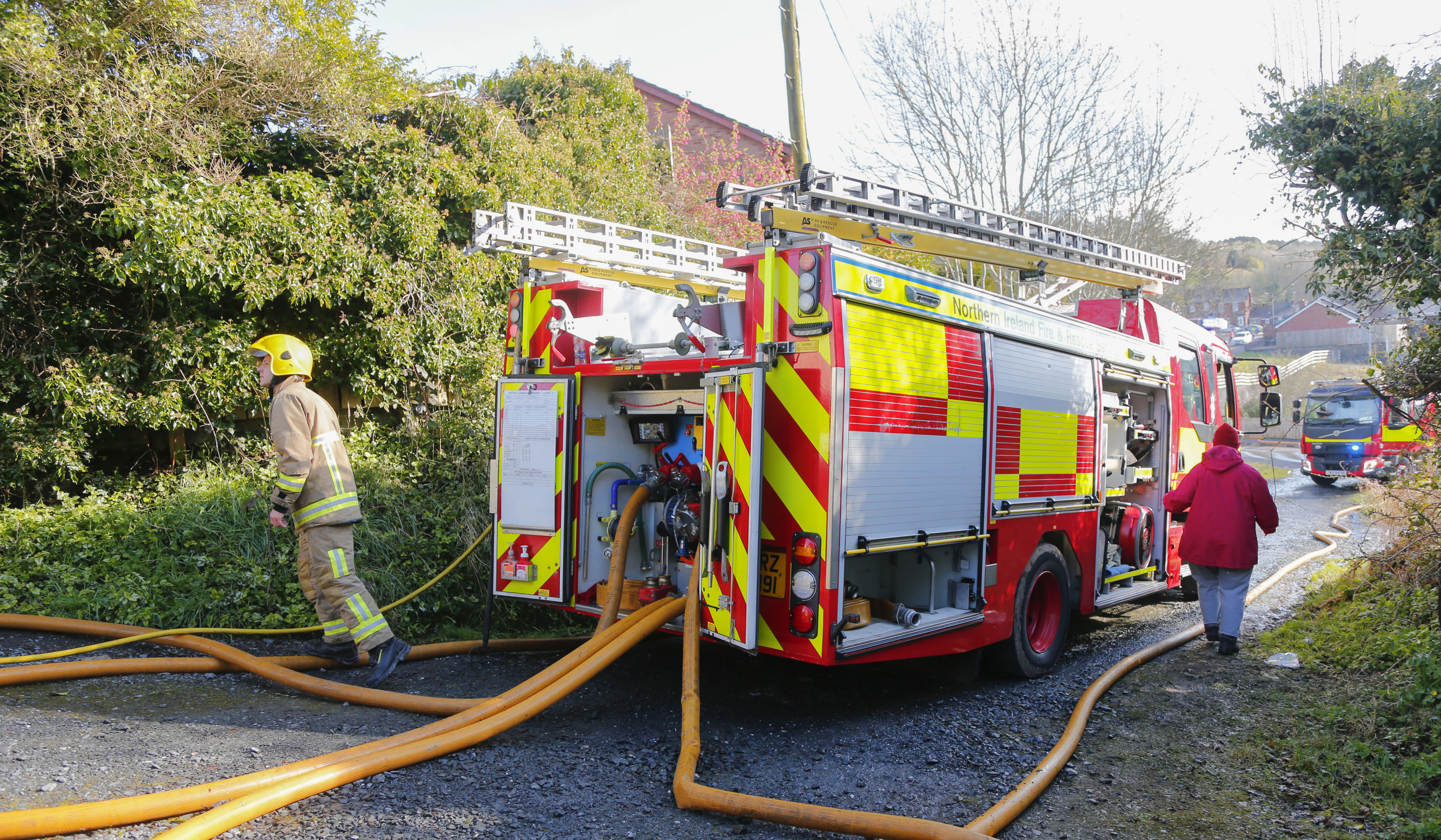 The scene of the arson attack on a property in Ligoniel

Two teenagers arrested over an arson attack, which endangered the lives of two elderly pensioners in Ligoniel, have been granted bail.

The two 18 year olds were arrested on Tuesday in relation to a fire at a house in the Wolfhill Avenue area on Saturday, April 9.
A man and woman in their 70s had to be evacuated from their home when the severe blaze at a nearby vacant semi-detached property caused damage to their house and forced neighbours to raise the alarm.
The home also suffered water damage from the efforts to extinguish the blaze.

A police spokesperson confirmed that two 18 year old men had been arrested on suspicion of arson with intent to endanger life but were released on police bail pending further enquiries after a number of hours.
Detective Sergeant Michelle Griffin appealed to anyone who may have noticed any suspicious activity around this block of flats to contact Detectives at Reactive and Organised Crime at Musgrave PSNI Station on the
non-emergency number 101, or to contact the independent charity Crimestoppers and speak to them anonymously on 0800 555 111.