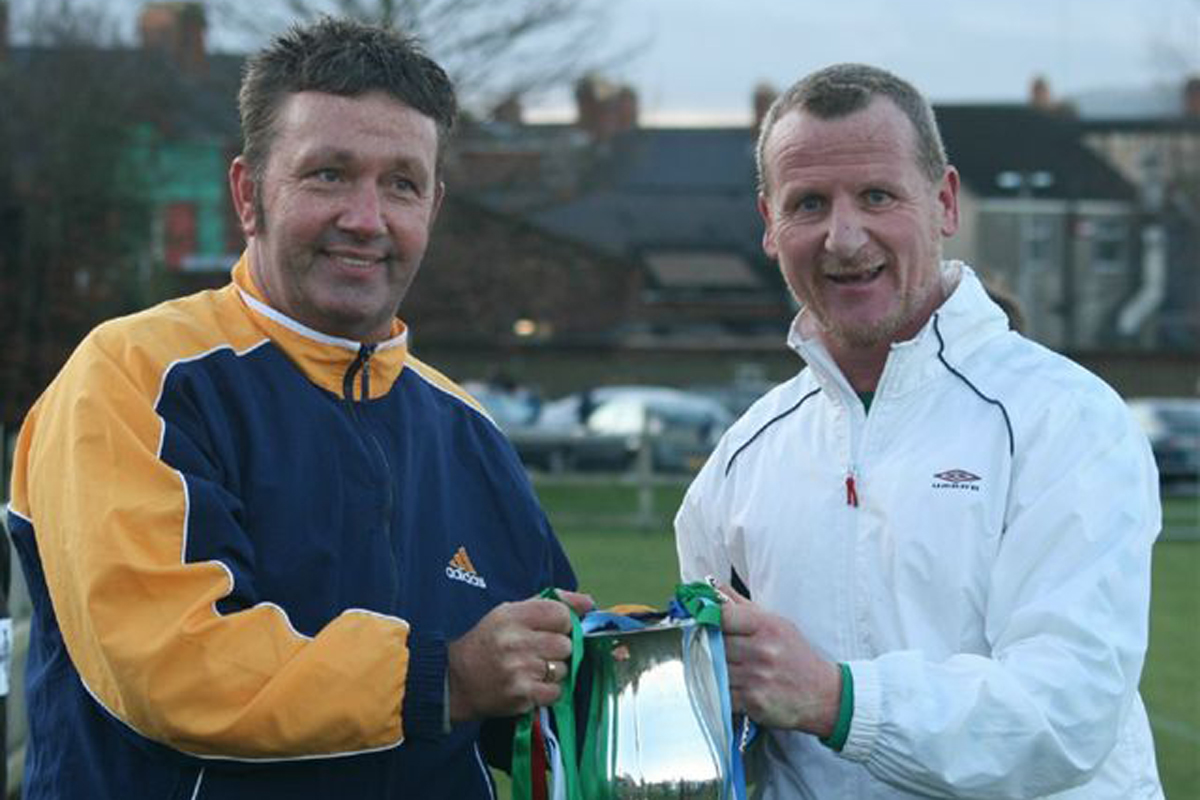 THE annual Dessie Armstrong Cup is set to make its return to Ulidia over the Christmas period.

Now in its eighth year, the ‘old crocks’ competition will get under way on December 27 at 1pm and will again include teams from Rosario, Ulidia, Cromac Albion and Beal Feirste.

All money raised will go to the Children’s Hospice and it is hoped another substantial sum can be added to the total of over £70,000 that has been raised since 2004.

The competition will include a host of guest players and will be sponsored by Whitemountain while it is hoped Farrans will also come on board.

Tournament organiser Henry Armstrong thanked all those who are committed to this year’s Dessie Armstrong Cup but said this could be its final year in the present format with younger sides possibly taking to the field in future.

“There are a lot of local businesses that have supported us ranging from Dunnes Stores to Sainsbury’s, bars like the Botanic Inns and The Parador and also Maurice Flynn and Sons. We appreciate their continued support.

“This year may be the last of any football for the over 50s but next year we are hoping to have a closing up fundraiser at The Europa on November 3.

“We are hoping to get good sponsorship for that because we want to hit our target of £100,000 over ten years.

“I would like to see about sponsoring some charity football in the local area between Rosario Youth Club and Ballinafeigh Community House.

“The guys are getting a bit older but we might rearrange for the younger kids to take up the challenge next year.”