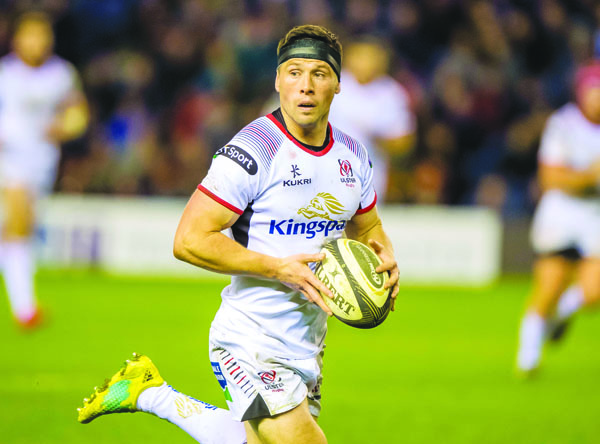 AN element of revenge will be on Ulster minds as they face into tomorrow's (Saturday) PRO14 quarter-final against Connacht at Kingspan Stadium (kick-off 5.35pm, live on Premier Sport and Eir Sport).

While putting one over Connacht – the only team to have beaten Ulster home and away this season – and securing a semi-final away to Glasgow is the main focus, the game will also afford Ulster fans to bid farewell to Rory Best and Darren Cave who will bow out at the end of the campaign in what is the first knockout game at Kingspan Stadium in five years.

Indeed, Connacht is the only team to have beaten Ulster at the South Belfast venue this season when scoring a 22-15 win back in October before repeating the trick at The Sportsground in December as they triumphed 21-12.

There are also a number of interesting sub-plots to this clash, with Ulster’s top-scorer this season, John Cooney a former Connacht player, while head coach Dan McFarland spent 15 years as a player and coach with the western province.

“I know them well having played three seasons out there and I would still be friendly with a lot of them,” said scrum-half, Cooney.

“It would still be the game each time I’ve played them since, where I would come out pretty battered and bruised from a lot of late hits and a lot of grabbling on the ground.

“It’s part and parcel of it all when you’re playing friends – it’s actually pretty fun. Hopefully I will be coming out on the better side this week and celebrating a win.”

Ulster come into Saturday’s game in fine form having secured a home quarter-final with victory in Edinburgh three weeks ago, while the backed that up with a 14-13 win over Leinster at a windswept Kingspan Stadium last weekend.

While that game was something of a dead rubber with both sides making wholesale changes, it was still important to maintain momentum ahead of another inter-provincial clash this weekend that could well be another dogfight.

This is Connacht’s first foray into the playoffs since they won the competition back in 2016, so they will be full of confidence, especially given they have won the last three games between the sides, but Ulster will be fired-up too according to Cooney.

“It’s a huge game for us and obviously, it is a first quarter-final or playoff in the Kingspan for five years,” he noted.

“I know people like Marcell (Coetzee) are itching to get a second crack at them, so for us to hopefully have a full crowd here is huge.”

Jacob Stockdale is a major absentee for Ulster as he recovers from a hamstring injury sustained in the win against Edinburgh. His loss could be keenly felt given his sensational form for club and country, while Ulster will be mindful of the threat posed by Bundee Aki for the westerners.

The task will be to limit the influence of the Irish international, but Ulster know they must concentrate on themselves and build a platform for victory early.

“We know they start games well and in the games this year they’ve gone 14-0 up against us after 20 minutes,” Cooney warned.