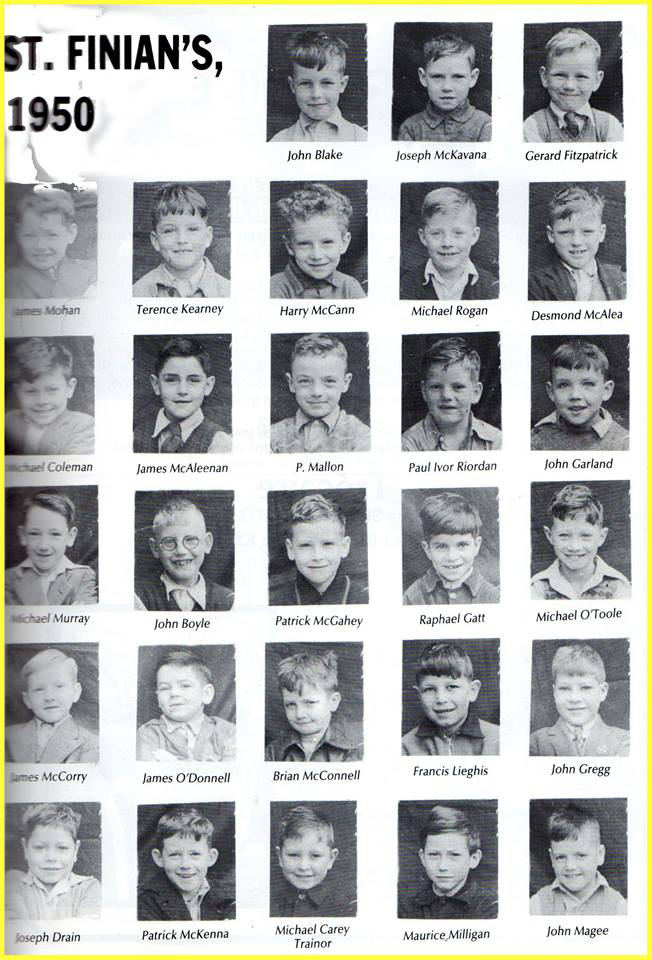 FOND MEMORIES of a local primary school born at the opening of the 20th century and whose history traced momentous historical events are being shared on a popular new online social site.

Local man Joseph Doyle, who attended St Finian’s Primary School on the Falls in the 1950s, has created the Facebook group ‘St Finian’s Falls Road’ where past pupils are sharing photos and stories of their time at the local school.

The school, which was run by the De La Salle Brothers and situated on the Falls Road near the junction with Dunlewey Street between 1900 and 1989, counts some famous name among its past pupils including the author Martin Dillon, Sinn Féin President Gerry Adams and Victoria Cross winner James Magennis, part of a midget submarine commando unit which attacked and disabled the great German battleship Tirpitz in 1942.

In 1989 the school closed its doors due to dwindling numbers and its remaining pupils were absorbed into the nearby St Peter’s PS. Today the old building still stands and is home to new generations of young pupils at the Irish language primary school Gaelscoil an Lonnáin.

“I came across the last End of Year book put together by the school in 1989 and it was full of photos showing the history of St Finian’s” said Joseph.

Classes carried on at the school throughout a tumultuous century and pupils saw some of the most crucial times in the history of Ireland, including the Easter Rising, two world wars, Partition and the Troubles, finally closing the roll five years before the first IRA ceasefire

“I myself remember post-war rationing of food and teaching materials in class. The Facebook group is a way of sharing our local history in a new forum,” said Joseph.