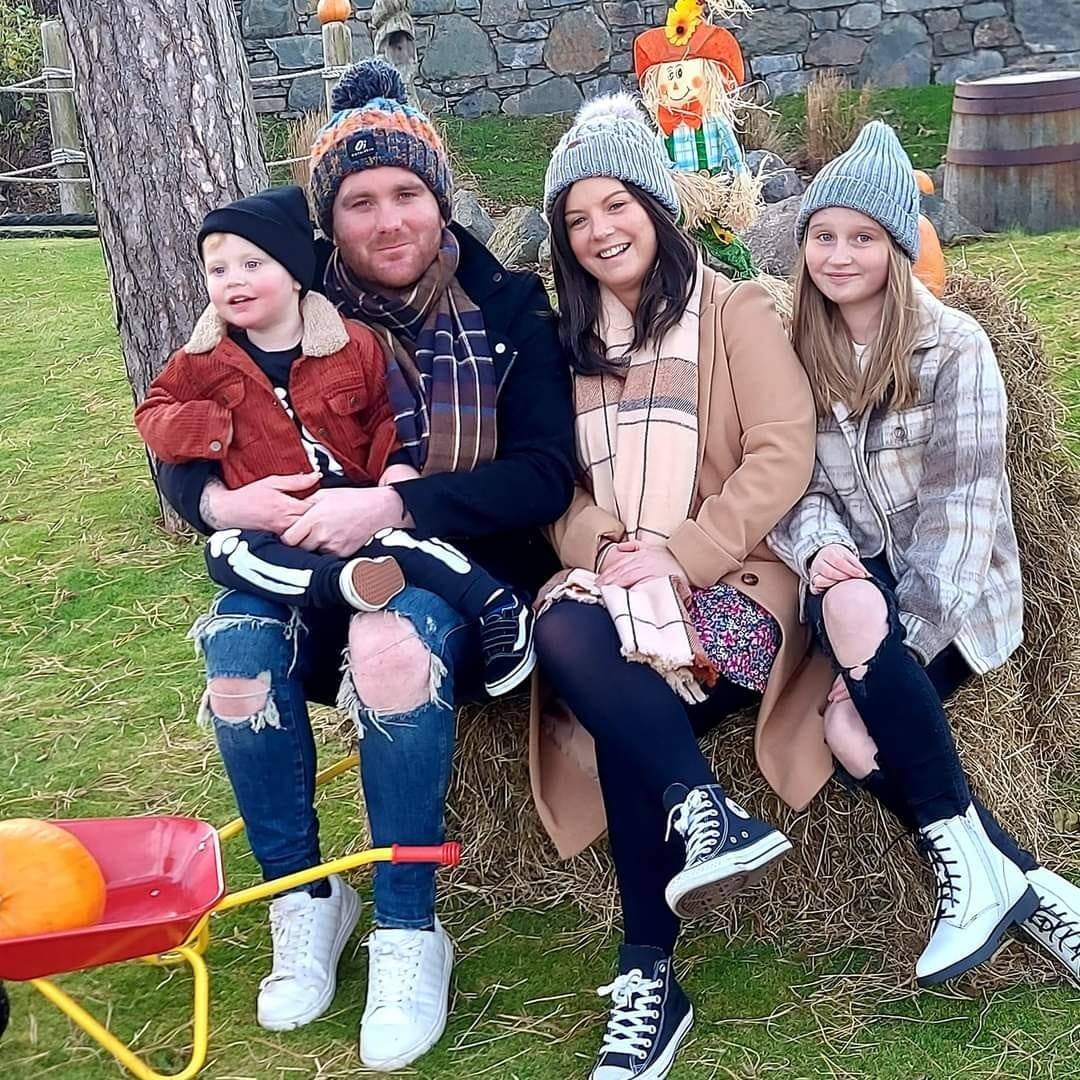 A WEST Belfast mother-of-two who lost her heroic battle with cancer will be remembered as "an extraordinary princess", mourners were told at her funeral.

Mother of Grace (15) and Cadain (4), Sharon was first diagnosed with an aggressive form of breast cancer in February 2020.

After receiving treatment, she received the all-clear in September 2020

In mid-January 2021, however, Sharon was dealt the heartbreaking news that her cancer had returned.

Over £50,000 was raised to help Sharon travel to Mexico for a holistic cancer treatment programme, which yielded positive results.

After a follow-up scan in February, Sharon learnt her cancer had once again returned.

In April this year, she married her partner Stephen in Carlingford and the couple enjoyed a honeymoon in New York.

Stephen also released a song, ‘The One’, dedicated to his fiancée’s strength in her battle with cancer.

On returning home it was found the cancer had progressed and in August, they were given the devastating news that she had just weeks to live.

Last Friday, Sharon was taken into the NI Hospice, but passed away on Sunday hours after celebrating her son's fourth birthday. She was waked in her wedding dress.

Addressing mourners at her funeral Mass at St Peter's Cathedral on Friday, Fr Tim Bartlett said: "Sharon was a woman of many talents, including singing, especially Patsy Cline songs.

"Our hearts are heavy today

"She was an incredible sunflower in our lives who has been taken away in the springtime of her life.

"She looked like a princess on her wedding day. She was an ordinary but extraordinary person at the same time.

"Sharon was a very determined person and had the courage to face the most difficult thing life was to throw at her in these past few years.

"She never lost her sense of humour and cared for others to the very end.

"She was an extraordinary princess and there is so much to be thankful for in her short life.

"Sharon's family would like to thank everyone who donated to get her specialist treatment which gave her more time to spend with us.

"I hope our memories of Sharon will be strong and will help keep her memory alive."