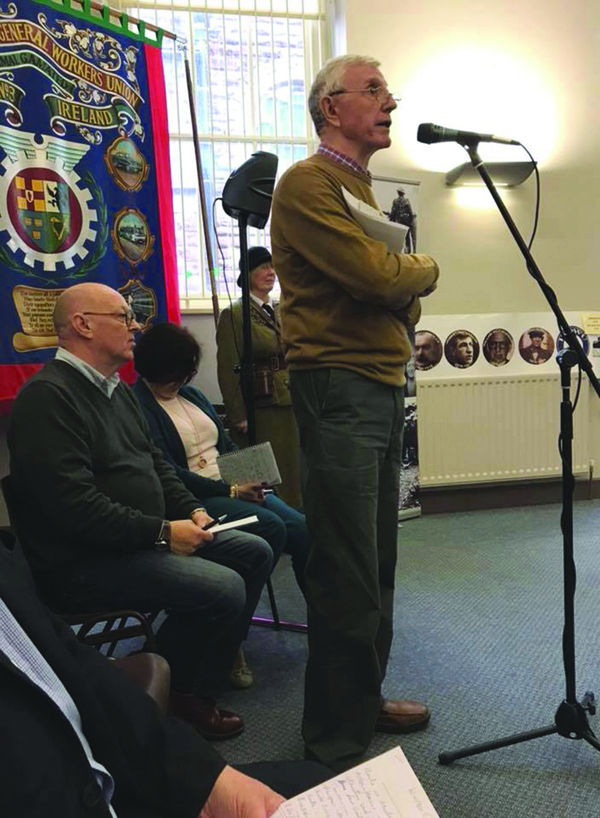 A SPECIAL coin commissioned by the group that keeps the memories of Sailortown and the Docks alive to remember Winifred Carney is attracting worldwide demand with people living in Spain and the United States already snapping it up.
Winifred Carney is a Belfast legend who cut her teeth as a union rep on the docks before becoming embroiled in the Easter Rising where she acted as aide-de-camp of James Connolly who she met thorugh the union in Belfast.
The Shared History Interpretive Project (SHIP) commissioned the coin to remember her work with the union at the docks and Brian Quinn said they were blown away at the interest they had received.
“I just finished posting coins to a man living in Spain and Winifred’s neice, who lives in the United States, has ordered ten of them,” he said.
“Winifred is best known for her role in the Easter Rising but it was as Connolly’s assistant she first came to prominence when he worked in Belfast with the Irish Transport and General Workers’ Union. Winnie was associated with the Irish Textile Workers’ Union whose office was on Corporation Street.
“We launched the coin last week and there was a great turnout from people associated with SHIP and beyond. We want to thank Fr Eugene O’Hagan who represented Bishop Noel Treanor, the Rev. Bill Shaw from the 174 Trust and Joe Austin.”
The coins are on sale now from the Dockers Club, McKenna’s Bar and the Art Shop on the Falls Road priced £5. Also on sale is SHIP’s 2018 calendar, which commemorates Winifred and is a useful guide to the history of the Sailortown area.
The coin has been developed in partnership with Intercomm, Siptu, Unite the Union and Unison.