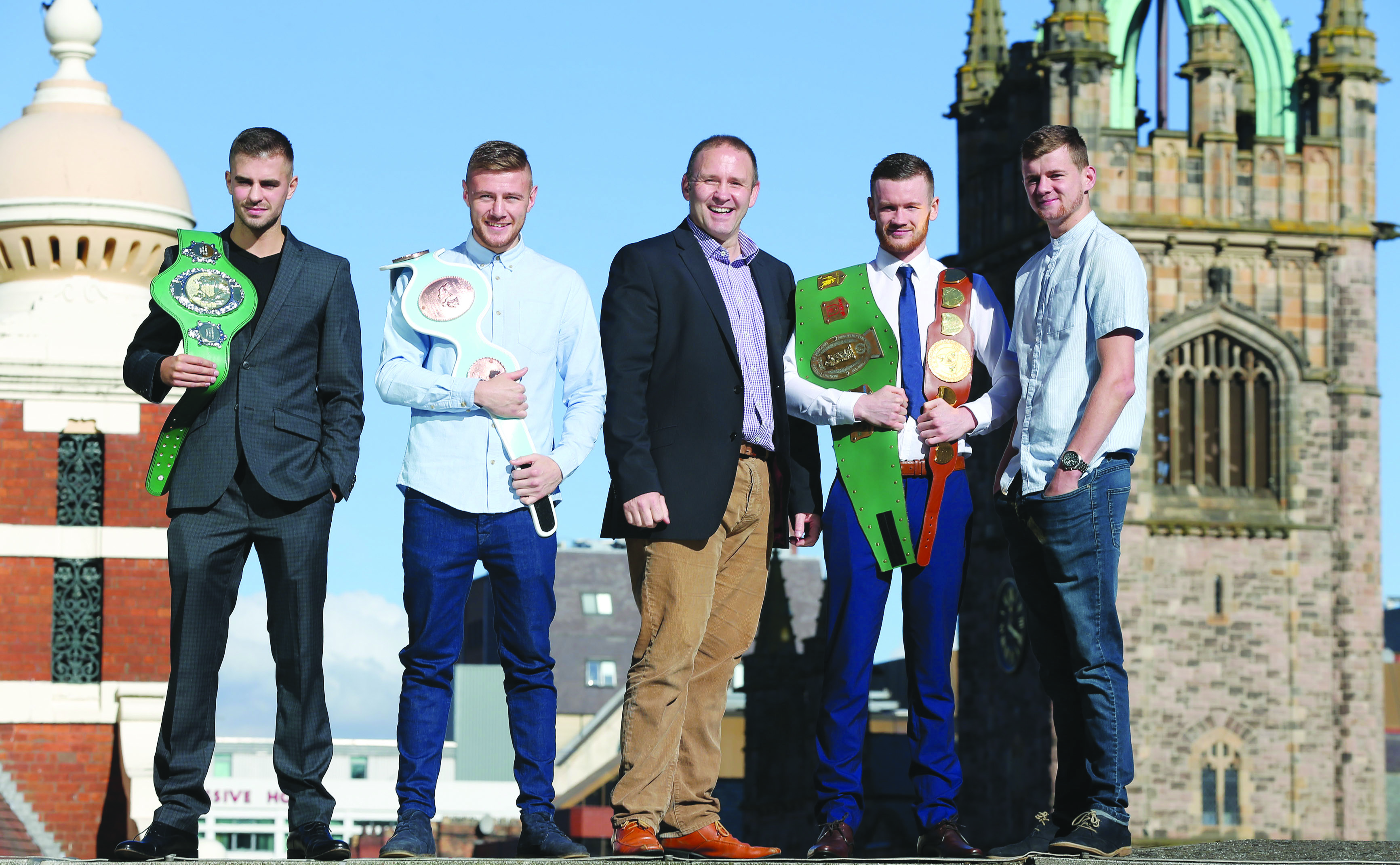 PAUL Hyland Jnr will be aiming to make it the perfect 10 this Saturday at the Europa when he faces Poland’s Jacek Wylezol (14-12) over six rounds to try and bring his unbeaten record into double figures.

The 25 year-old West Belfast man is something of a fan favourite given the all-action nature of his fights, showcased perfectly at the Waterfront Hall in November when he made it nine wins in as many contests in his points win over Virgile Degonzaga.

Hyland was actually supposed to be facing Jan Holec this weekend, but a hand injury forced a change of replacement and this may be good news for the packed Grand Ballroom at the Europa.

“Another tough one as usual,” he laughed.

“No, I’ve done a lot of good sparring and the camp has gone pretty well.

“My plan for the guy I was meant to fight who pulled out with a hand injury (Holec) was to box him because he is strong and knocked out Scott Jenkins.

“Now I have this other guy, I will box him still but I plan to try and hurt him a bit as well.”

With James Tennyson set for a British title in spring and James Fryers topping the bill in an eliminator for the Lonsdale Belt, Hyland shares the ambition of the aforementioned duo and has only one thing on his mind for 2016.

“A British title,” he confirmed.

“I want to start going into eliminators for that. I’ll fight whoever is put in front of me, so hopefully I get my shot before the end of the year.

“Scotty Cardle is the champion at the minute and I know he is a brilliant boxer, but I still feel like I could beat him. This will be my tenth fight this week so I think it’s time I start moving towards that."

Hyland’s all-out war at the Waterfront on the undercard of Conrad Cummings v Alfredo Meli drew praise from all in attendance including IBF super-bantamweight champion, Carl Frampton who commended his performance at the final bell.

Hyland says getting such comments are a confidence boost and he says it is a thrill to be able to send the fans home happy and ensure they return the next time.

“Getting good comments from him (Frampton) was great and others have been calling me the ‘Irish Arturo Gatti," which is good.

“I haven’t had any negative feedback and people seem to enjoy my fights, so that gives me a bit of a buzz.”

Also on the bill, James Tennyson will warm-up for his British featherweight title fight against Ryan Walsh when he takes on Antonioi Horvatic (9-23) over six rounds. Tennyson is expected to get his title shot in spring, so the rounds against the durable Croat ought to help in his preparations.

Joe Fitzpatrick is back in action as he takes on Latvia’s Ruslans Berdimuradovs (8-5) over four rounds at lightweight and is taken to make it four stoppage wins in as many professional contests on the night.

The card is completed with former Holy Family amateur, Tyrone McCullagh takes on Antons Zacests in a featherweight contest hoping to make it three wins from three as a pro, while Coalisland’s Feargal McCrory takes on Peter Mellar at lightweight hoping to build on his debut victory back in November.