Artist Ferran well ahead of show 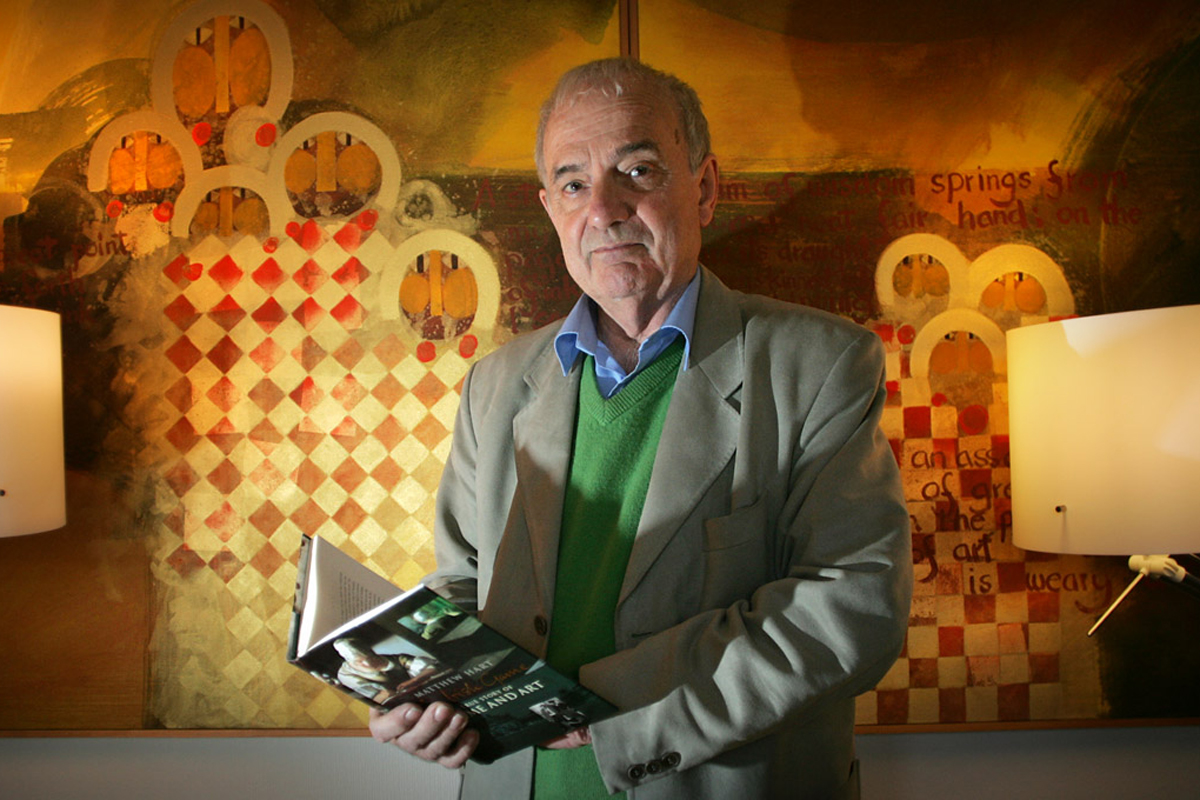 When internationally celebrated artist Brian Ferran was 15 years old he won the Ulster Youth One Mile Championship and planned to use his athletic ability to become a PE teacher.

His talent for running might not be easily compared to his later success as an artist, but it is perhaps this tenacity and determination that has helped him become one of the North’s most celebrated painters, appearing in collections all over the world and winning numerous awards for his work.

The South Belfast man has endured tragedy, his father died suddenly when Brian was just 18 years old and the eldest of seven young children, and his only son was killed in 1993.

He oversaw professional hurdles including heading up the Arts Council during the Conrad Atkinson furore when workers at the Ulster Museum refused to hang the work Silver Liberties saying it sympathised with republicans, and he worked as exhibitions officer for the arts body during the dark years of the Troubles when peoples’ minds were more on staying alive than visiting art exhibitions.

Yet he has still managed a prolific career spanning more than 50 years and is seen as one of the great champions of art and cultural life in the North.

Now aged 72 years old Brian and his wife Denise, also an artist, divide their time between their home off the Lisburn Road in South Belfast and their home and studio in Malin, Donegal.

Later this month the Mullan Gallery on the Lisburn Road will host his first solo exhibition in over 20 years, a welcome return for the artist to the city he first arrived in as a 19-year-old fresh off the bus from Derry.

Modest and unassuming and reluctant to talk about his many successes he is full of entertaining stories about the places he has lived and people he has met, from royalty to playwright Brian Friel. However he is looking forward to the exhibition with some enthusiasm.

“This is my first solo show in Belfast in 20 years and then straight after that I have another show in February in the Linen Hall Library, “ he said.

“So I have much to keep me busy and am very much looking forward to them both.”

Born in Derry in 1940 his father Bernard, who was known as Barney, was a telephone engineer while his mother Susie worked in a shirt factory. A past pupil of St Columb’s College, Brian said it was his art teacher at the school, Fr Neil McCarron who first ignited his burning passion for art.

“’I had a great teacher, Fr McCarron who taught maths and physics as well as art. If you wanted to do art you had to go in on Saturday mornings and so I did and that is really where it all started.”

In January 1959 Barney Ferran died suddenly from a heart attack, Brian was 18 and his youngest sibling less than a year old. Later that year he headed to Belfast where he began his four years teacher training course at St Joseph’s College with the aim of becoming a PE teacher, before deciding in the fourth year to pursue his love of art.

Success quickly followed. In 1966 he was selected for inclusion in the Young Irish Artists Foundation Exhibition and his first exhibition was held in 1967. His work, which concerns itself with the mythical and magical and explores his interest in Irish history, archaeology and mythology, is today held in collection worldwide and has been exhibited extensively in the US as well as Mexico and Switzerland.

In 1966 Brian joined the Arts Council as exhibitions officer and later became its chief executive. In 1978 when he was deputy head of the arts body he organised the exhibition in the Ulster Museum that was to include the work by artist Conrad Atkinson called Silver Liberties: A Souvenir of a Wonderful Anniversary Year. Little did he know the drama that would ensue as staff at the museum refused to display the work marking the Bloody Sunday atrocity saying it glorified republicanism.

Looking back, Brian says he can remember feeling exasperated by the turn of events.

“I think the people who were to blame were not the attendants of the Ulster Museum but the trustees at the time,” he said.

“Yes, I think looking back I was cross about what happened. Interestingly two years before, we held an exhibition of Conrad Atkinson’s work in an Arts Council gallery which I thought, was infinitely more controversial and nothing was said about it.

“The museum was then a totally unionist dominated environment and they thought it was sympathetic to the IRA. My boss at the time was actually away receiving an OBE so I was in charge, we used to joke it was certainly a lot to deal with.”

Brian’s prolific talent has taken him all over the world; he has lived in Italy and the USA, where his wife Denise was a Fulbright Scholar. Today they divide their time between Belfast and Donegal and he continues to work every day.

“I still paint every day, we have a studio at the house in Donegal and I go in every day to work, some days I might just go in and move brushes around but I still go in.

“Some days I might go in and paint over what I did the day before but I am still there every day and painting.”

Showing no signs of slowing down, Brian mulls over the suggestion that his passion for his work has helped him deal with darker periods of his life, particularly the tragic death of his son Oisin in an accidental fire in Dublin in 1993.

“I wouldn’t say it helps you deal with it because I don’t think you ever really deal with it,” he said. "But I do suppose I kept on working and maybe intensified it in a way.”

His reputation as one of Ireland’s best historical artists has earned him numerous accolades including the Douglas Hyde Gold Medal for Irish Historical Painting and he is an honorary member of both the Royal Hibernian Academy and the Royal Ulster Academy.

Looking back over his life’s work, and now in his eighth decade, Brian said he still looks forward to exhibitions and is reluctant to choose a favourite or best-loved work of his. He says only, with a twinkle in his eye: “My favourite painting will be the next one I do.”

A solo exhibition of 30 of Brian Ferran’s paintings opens at the Mullan Gallery, 239 Lisburn Road on January 19 and in February Linen Hall Library will show 18 images he made five years ago for the P.L. Henry translation of Dallan's  "Amra Cholum Chille". Contact the individual galleries for more information.