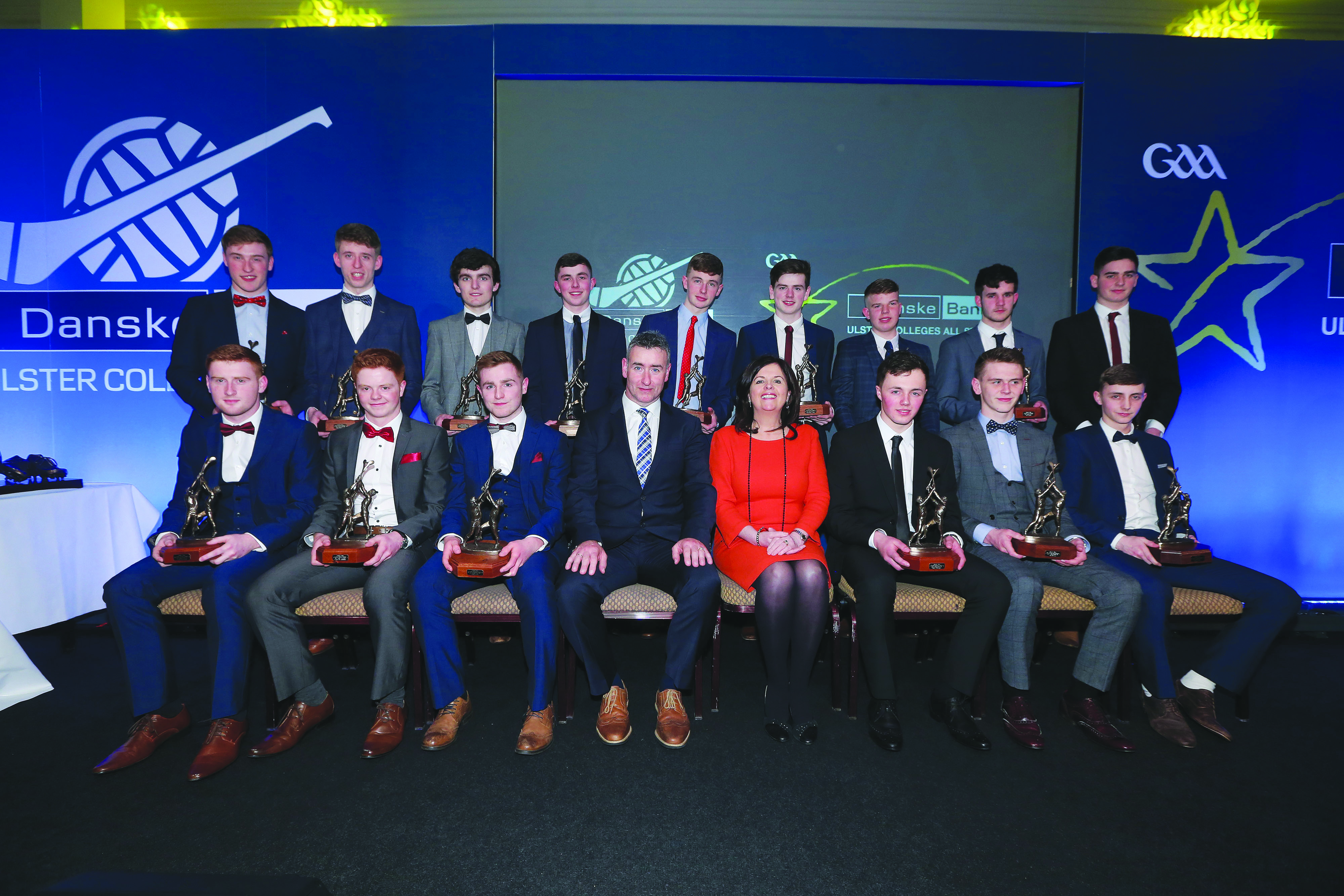 THE Europa Hotel in Belfast played host to the Danske Bank Ulster Colleges All-Stars on Friday evening and there was success for Belfast schools St Marys CBGS, Coláiste Feirste and Rathmore Grammar school.

The Ulster Colleges All-Stars have been running for 29 years and the gala event at the Europa Hotel was well attended as always, including a visit from the Artane Band from Dublin.

The night also included the presentation of the Oisin McGrath Trophy in memory of the Belcoo and St Michael’s Enniskillen schoolboy who sadly passed away last year.
Sponsors, Danske Bank recently committed to another five years of sponsorship to the 50 strong Ulster Colleges competitions which attracts over 200 schools across the province and this year, four students from Belfast were amongst the All-Star hurling team of 2015-16.

Coláiste Feirste student Dubaltach Mac Aoidh-Baicéir was recognised for a solid campaign at corner back in helping the Falls Road to school to the final of the Casement Cup Shield where they were defeated by St Malachy’s College.

Sarsfield’s clubman, Donal McKernan was a recipient of an All-Star for his fine displays at midfield as he helped Rathmore to the semi-final of the Casement Cup where they were defeated by eventual runners-up, St Mary’s Magherafelt.

Beaten Mageean Cup finalists, St Marys CBGS from the Glen Road had two students who were named on the All-Star team of the year - corner-back Conor Carson from St John’s and Carryduff wing-forward, Ronan Beatty.

St Mary’s CBGS principal, John Martin paid tribute to his students who have excelled on the sporting field as well as academically in the classroom.
“I’m very proud of both boys,” said Mr Martin.

“It is great to see them both excel in extra-curricular activities as well as academically and maintain the strong All-Star tradition within the school.
“St Mary’s CBGS has a great history in the prestigious and extremely competitive Ulster Colleges competitions and has enjoyed success with our pupils being recognised for their contribution.

“Both Conor and Ronan are an inspiration for our sportsmen of the future and their success can be a target for future students of the school to aspire to.”