Celtic have it all to prove on the pitch 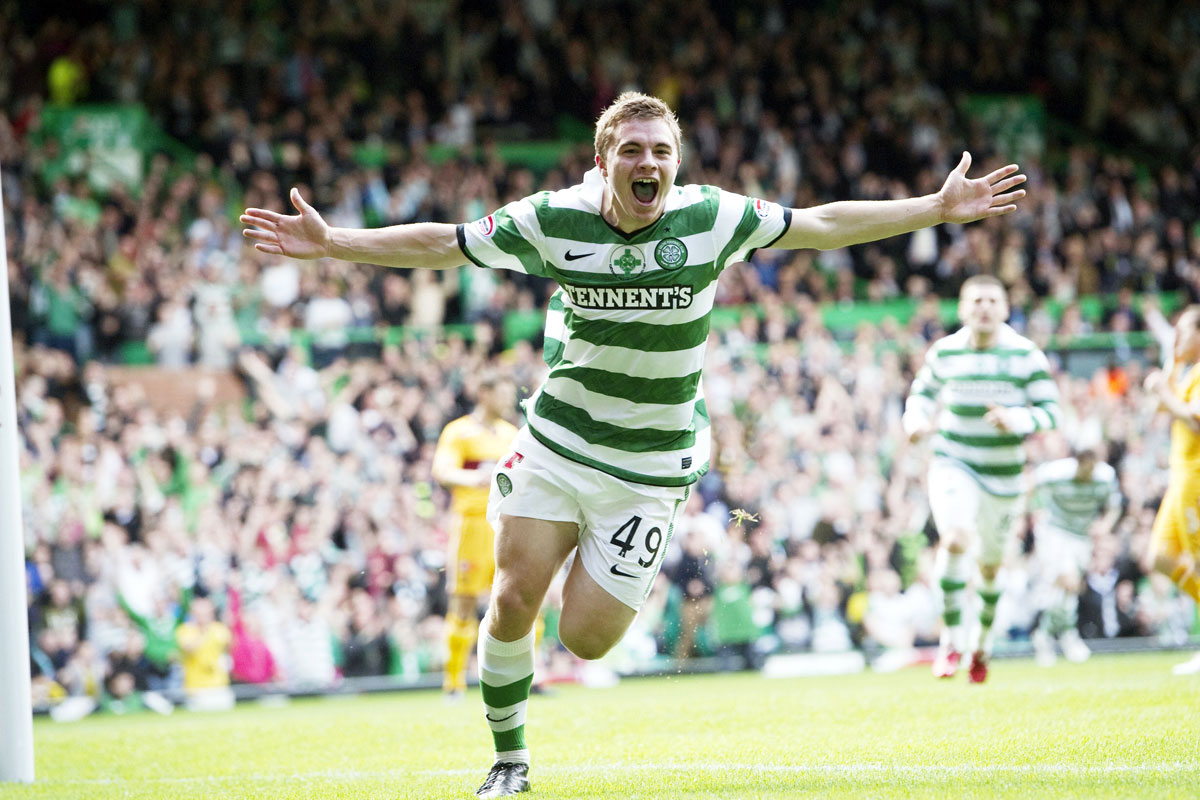 After a number of weeks of legal wrangling, including a last-minute appeal from Sion to the Swiss courts on Tuesday, Celtic’s return to the Europa League was finally confirmed and tonight they will travel to the Vicente Calderón Stadium to take their place in the group stages.

Sion will feel aggrieved as they steadfastly believed that the space was theirs after defeating the Hoops, fair and square in their opinion, over two games of football.

That those games were played at all reflects badly on UEFA but in turning down the last gasp appeal, ultimately they made the correct, and only, decision they could in the circumstances.

Celtic’s inability to progress on the pitch has left them with a massive task if they are to achieve anything in this group. Sion were seeded in the fourth pot and in replacing the Swiss club the Bhoys now fill that same position even though, on their own merits, they would have been drawn as a second seed.

Scheduled to meet Atlético Madrid away was pretty much as difficult an opener as they could have imagined and I’m sure the Celtic support, and indeed management team, will have mixed feelings about taking on the game, especially considering the much more important match which will follow it.

The Hoops’ away record in European competition is abysmal and their chances of actually going all the way and winning the trophy are slim, so just how much effort they should put into tonight’s Group I clash is debatable.

Realistically the only benefits that re-instatement into the Europa League will deliver for Celtic at the present moment are financial as they will generate a bit of cash for participation and for the three guaranteed home games to come.

That said I am a bit sceptical about how much interest there will be among the support for a package of games secured by an unsatisfactory back-door method for what is essentially a second-rate tournament.

There are a number of teams over the years who, when unexpectedly given a reprieve after believing they were out of a competition, then went on to achieve great things so perhaps Celtic should not be counted out just yet.

To be honest though this particular reprieve looks to have as many negatives as plusses and I for one wouldn’t blame Lenny for fielding weakened teams in the group games.

Despite the overwhelming financial superiority they hold over most of the rest of Europe, several English Premier League teams have rested key players for Europa League matches over the last few years with no criticisms aimed at them so Celtic should not be risking SPL success for an unreachable European goal.

On a domestic level the Bhoys coped well with the resumption of league business against Motherwell last Saturday, a situation which hasn’t always been the case after an international break.

Scott Brown and Cha Du Ri both returned from duty with their respective national teams carrying knocks and both missed Saturday’s match, although fortunately neither was missed too much.

Cha will be out for around a month while Brown could be back for tonight’s game.

Motherwell were still above the Celts in the SPL table before a ball was kicked, with their only previous defeat of the season a 3-0 reverse against manager Stuart McCall’s old team Rangers.

No surprise in that result as McCall’s record against his old ‘gaffer’ Smith last season was two games played, two defeats, eleven goals conceded and none scored.

That said they did sit second in the SPL and had scored four times in each of their last two games.  They also put a massive dent in Celtic’s title hopes last season with a 2-0 win at Fir Park so on their day there is no doubt that they can be a difficult opponent.

James Forrest burst on to the scene last season and has done surprisingly well for one so young.

He will, I’m sure, be confident of improving again this campaign and making his name one of the first on Neil Lennon’s team sheet.

To that end he had perhaps his best game in the Celtic first team on Saturday, scoring twice and putting in a sparkling shift in a match which was littered with star performances.

Debutant left back El-Kaddouri made a very favourable impression filling in for the injured Izaguirre and looked equally comfortable going forward as defending.

He already seems the type who will provide excellent cover for last season’s player of the year.  Bangura also made his debut, coming on as a second half substitute, and did enough to suggest he will add much needed competition for starting places up front.

Goals from midfield are always crucial to any team’s chances of success and Ledley weighed in with the crucial second of the day while central midfield partner Ki also added to his growing collection of screamers from outside the box before Forrest crowned his superb performance with the fourth and final strike.

Overall the scoreline could have been even more emphatic but the Bhoys certainly showed a return to the type of form that lit up Celtic Park last season and excited the support so much.

They have taken a while to come to the boil this year but hitting top form could not have come at a better time given the big games that are approaching.

As well as the clash in Madrid tonight the Bhoys have the first Glasgow derby of the season at Ibrox this Sunday, a game in which victory will take them to the top of the SPL table.

Anything the Hoops achieve in Spain, or indeed from any of their Europa League games, will be a bonus as their participation in the group stages is fortuitous to say the least but the domestic title is, as always, the focus this year.

In head to heads against Rangers last season Celtic came out on top even though they ultimately lost the league but they will be determined to replicate that superiority this campaign and on Sunday they get the chance to draw first blood.

Rangers should have the fresher squad having not had to play in Europe before the game and even though Celtic insiders insist that participation in the Europa League will not hamper their domestic ambitions I am not so sure.

Last weekend Ally McCoist saw his side extend their 100 per cent away record in the league to maintain their place at the top of the table, leading Celtic by a single point.

The game, away to Dundee United, was a tight affair where the result looked as though it could go either way.  The balance was tipped Rangers’ way however in a manner which has become typical of their games in recent seasons when the home team had a man sent off and a stonewall penalty claim waved away with the score still deadlocked.

Rangers will go into Sunday’s game with their financial crisis firmly in the spotlight with legal papers pertaining to sacked ex-chief executive Martin Bain’s claim for unfair dismissal somehow finding their way onto the internet.

Although expressing disappointment that these documents were leaked Rangers officials tellingly issued no denials as to their validity.

The Ibrox club’s perilous position has been a topic for debate for some years now with some Celtic supporters seemingly more obsessed with that than how their own team is doing.

Wild notions of Rangers going out of business are wide of the mark and from the point of view of their fans, all they are interested in are the three SPL titles they have secured over the last three seasons, at Celtic’s expense.

For me the banking needs to be left to the bankers, on the football pitch Celtic still have it all to prove.