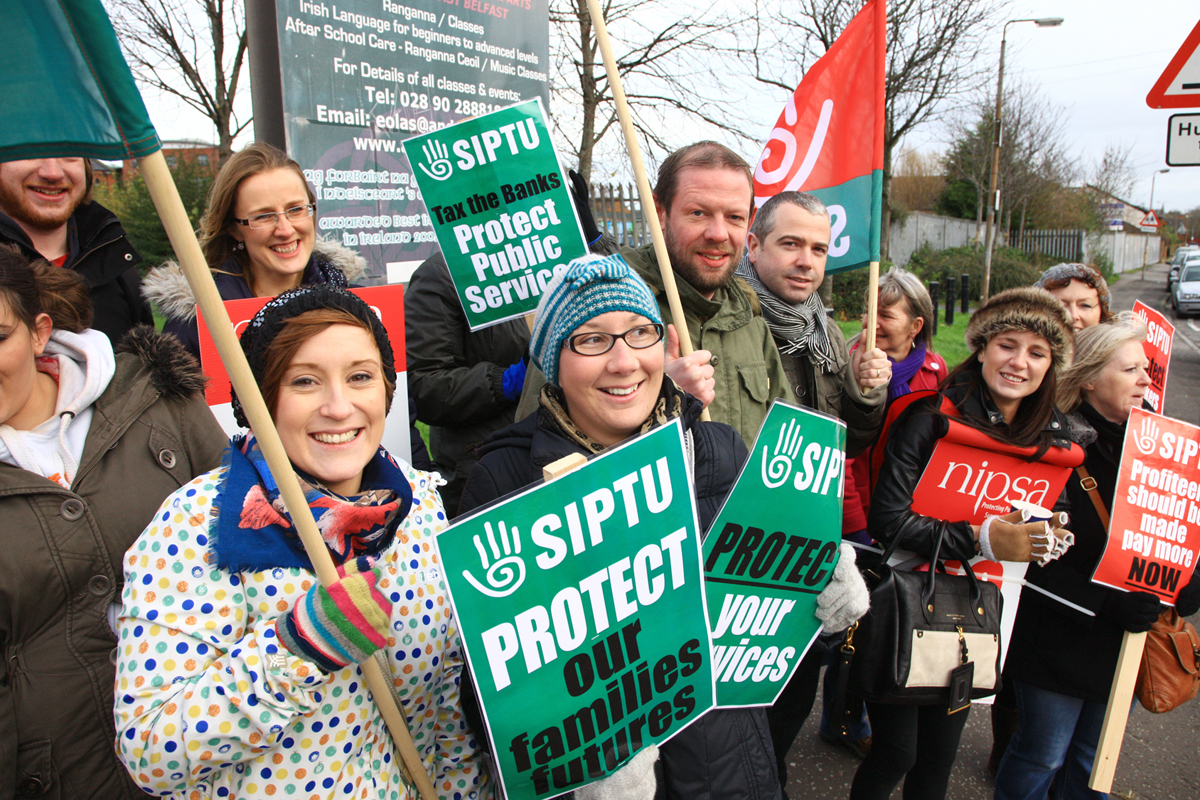 STRIKING public sector workers who took part in widespread strikes last week  have enjoyed community support on the picket lines during the protests.

Ormeau Road based workers joined thousands across the North and Britain in walking out in protest against changes to pensions last Wednesday. Pol Deeds, who works for An Droichead cultural centre, said staff were taking part for the future of the next generation  as well as their own. Workers could also take part in further industrial action in the New Year, if unions agree to take to the pickets again, as some have warned.

Strikers right across the public sector have said the changes to pensions will force them to work longer, paying more, but getting less when they eventually retire.

However, the British government have stressed there is “no more money on the table”.

“We feel that it’s unfair our children will have to pay for the mistakes of greedy bankers in future,” Mr Deeds said following the picket

“Many locals backed our protest and from the amount of beeps we tallied from passing motorists, the support for our actions is widespread. What we are facing is a real crisis, and not just something that affects us today, but our children in their future careers.”

A member of the Services Industrial Professional and Technical Union (SIPTU), Pol said further strike action could not be ruled out.

“If it is agreed, then we will be joining in,” he added. “Locals were very keen to support us, while we manned the picket lines. Several local residents brought us food, from tea and biscuits, to a roast chicken.”