Dance for your rights 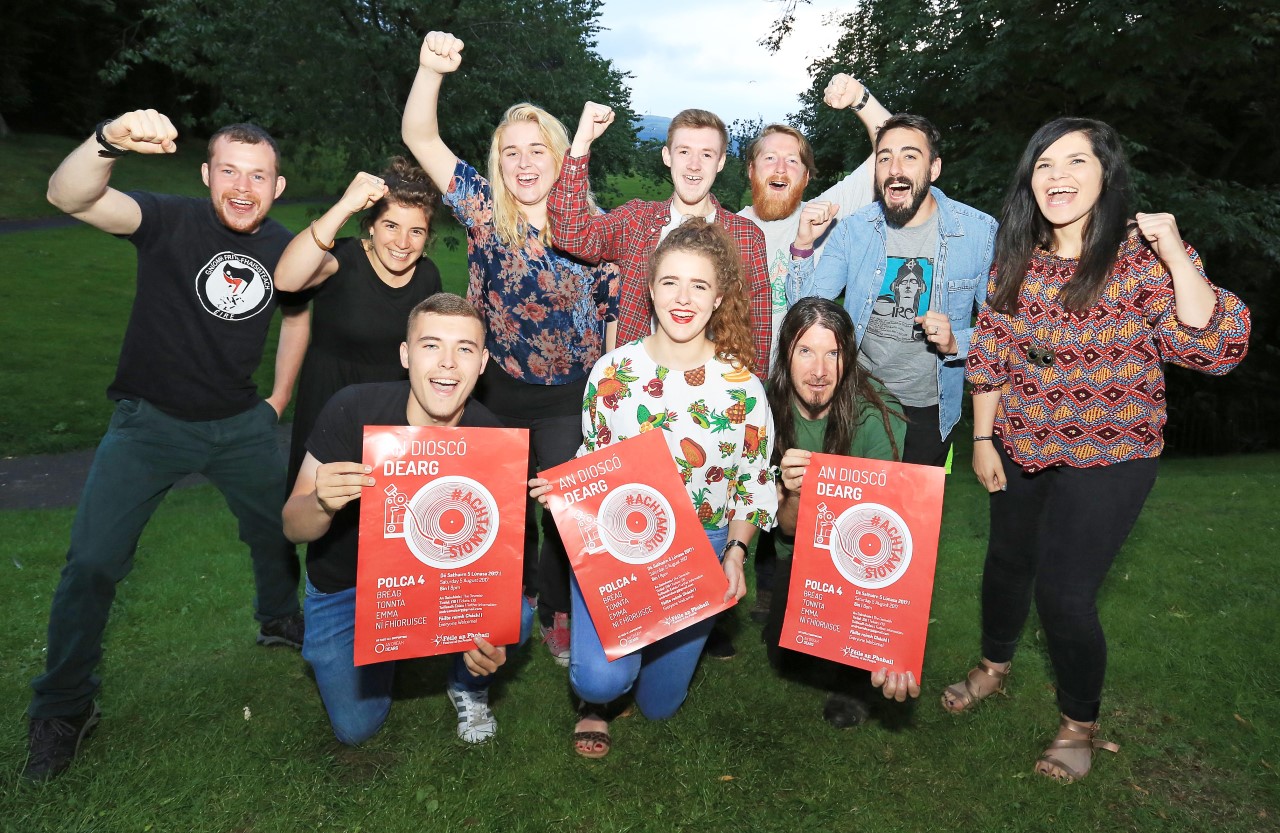 As part of Féile, An Dream Dearg have announced a Dioscó Dearg will take place on Saturday August 5 at the Devenish

IRISH language campaigners are sending out an invitation to the wider community to join them for a mega party during Féile an Phobail.

As part of Féile, An Dream Dearg have announced a Dioscó Dearg will take place on  Saturday August 5 at the Devenish.

Top bands from the Irish language and Irish traditional music scene – Polca 4, Bréag, Tonnta agus Emma Ní Fhíoruisce – will take to the stage in the Devenish in what organisers have called “the next step in the campaign for an Irish Language Act”.

Ciarán Mac Giolla Bhéin, spokesperson for An Dream Dearg, called for all of those who attended the Lá Dearg march at Belfast City Hall in May to continue their support for the campaign.

“Since the Lá Dearg in May, which witnessed unprecedented numbers out on the streets of Belfast, the campaign for an Irish Language Act has taken over national and international news. This is a direct result of the huge support the campaign has received right across the community. Despite all of the work to date, we still do not have an Irish language Act.

“It is up to us to continue to lobby, agitate and motivate for real change for our community.

“The Dioscó Dearg is the next natural step, not only to once again support the ongoing campaign, but also to celebrate the unique and extraordinary success that is An Dream Dearg and the modern Irish language revival. We have some of the top performers from across Ireland descending on the Devenish and we guarantee a great night’s entertainment and craic. An Dream Dearg invites you and your friends to join us in what will surely be another historic event and highlight of this year’s Féile an Phobal. Come along and dance for your rights.”

Doors for the Dioscó Dearg will open at 8pm and people are reminded that this is a ticket only event and that all proceeds go to support the Dream Dearg campaign for an Irish Language Act.