Do new plots have old remains? 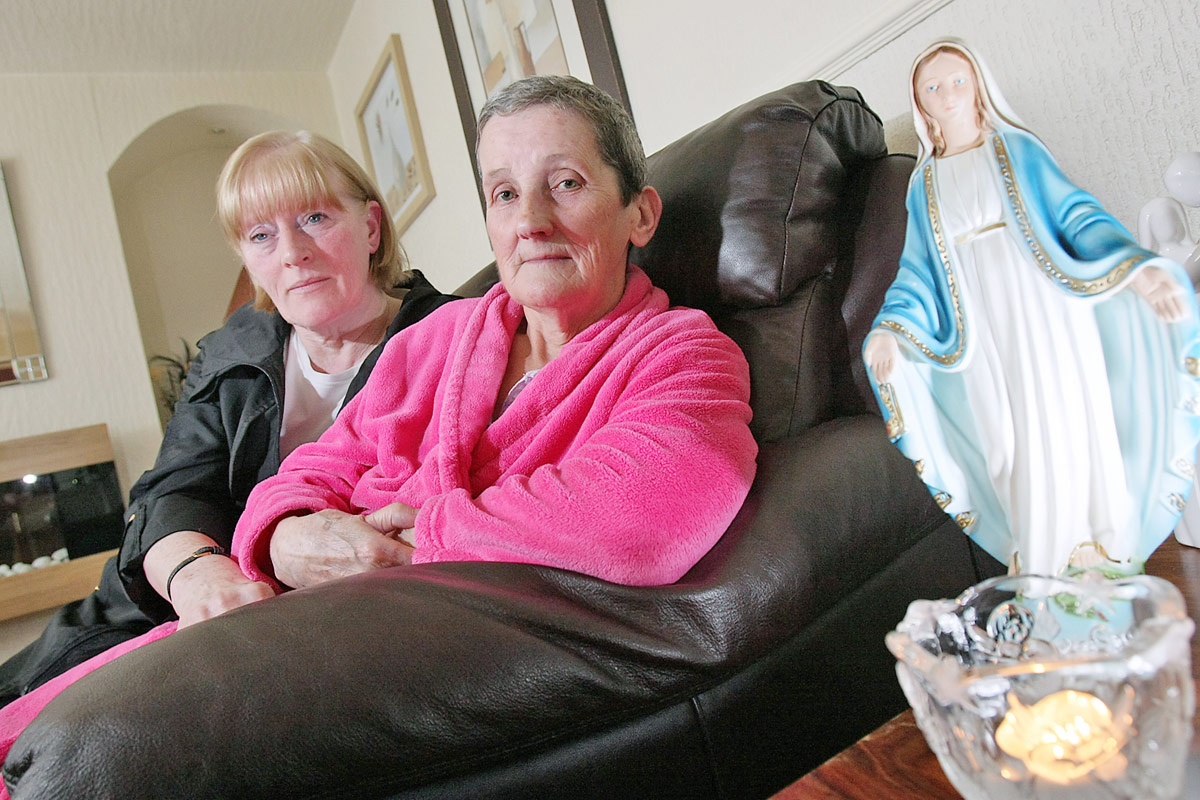 Milltown Cemetery is expected to come under fire at a public meeting being held today (Thursday) amid claims the graveyard is selling “new” plots that already have human remains buried in them.

The meeting was organised with the cemetery management’s approval to reveal the results of a geophysical investigation carried out at the Falls Road graveyard.

The Andersonstown News has obtained a copy of the survey results which indicate there is a probability that graves may exist on a site that has been laid out to be sold as new plots. We have also spoken to a woman who demanded a refund on her grave after she discovered there could be human remains buried on the site in which she purchased a plot.

The site under investigation in the survey is located at the back of the cemetery close to a car park. The lawn has been trimmed and the land has been laid out in grave-size sections.  However, the results of the investigation on the land showed a number of “anomalies” or irregularities.  The survey concludes that “the radar data is of the nature and size that is expected to be generated by a grave”.

The accompanying graphics show disturbed ground and indicate what the investigation highlights as “medium confidence graves” and “low confidence graves”. Almost all of the highlighted disturbed land is of similar shape and size and lies at an east to west angle, as do the graves in that area of Milltown. Word of the results has spread like wildfire and has become a major talking point on some chat rooms on the internet where people are expressing concern at the possible conclusion.

Meanwhile, a pensioner from North Belfast has told the Andersonstown News she will be going to today’s meeting after she became embroiled in a row with the cemetery over a plot she bought.

Veronica Ewing says she was horrified when she spent £3,000 for a grave and was later told the plot would not be allocated until she was dead.

“There was no plot number on the lease,” she said.  “When I rang the cemetery, they told me you don’t get a plot until you die.  I was outraged, I later spoke to someone who knows the cemetery and was told there are no new graves there as there are people buried in the whole cemetery.  I went to the office and asked them to show me on a map where I would most likely be buried, the person pointed to where the baby graves are. I told them they had taken my money and there are no new graves.  I asked for a refund. It took a while, but I got it.”

Veronica and her friend Margaret Fox, who also had a run-in with Milltown, said they are looking forward to today’s meeting.

Fr Martin Graham, who looks after Milltown for the Diocese of Down and Connor, will attend the meeting today. Last night he told the Andersonstown News an excavation of the land that was investigated is now inevitable.

“There are no burials taking place on this land yet and our records show there are no previous burials there, but we want to get this issue sorted because so many people are seeking closure.

“Until an excavation is done, we won’t touch it. An excavation will be the only way to get definitive proof and we are willing to do that.”

Fr Martin also reiterated Milltown’s policy of not allocating graves to anyone prior to death.

“When you pre-buy a grave, you are never given a plot, you’re given a right of burial.  You’re never shown the plot in advance because you get the next one available after death.”

The public meeting will take place today (Thursday) at the Balmoral Hotel at 4pm.