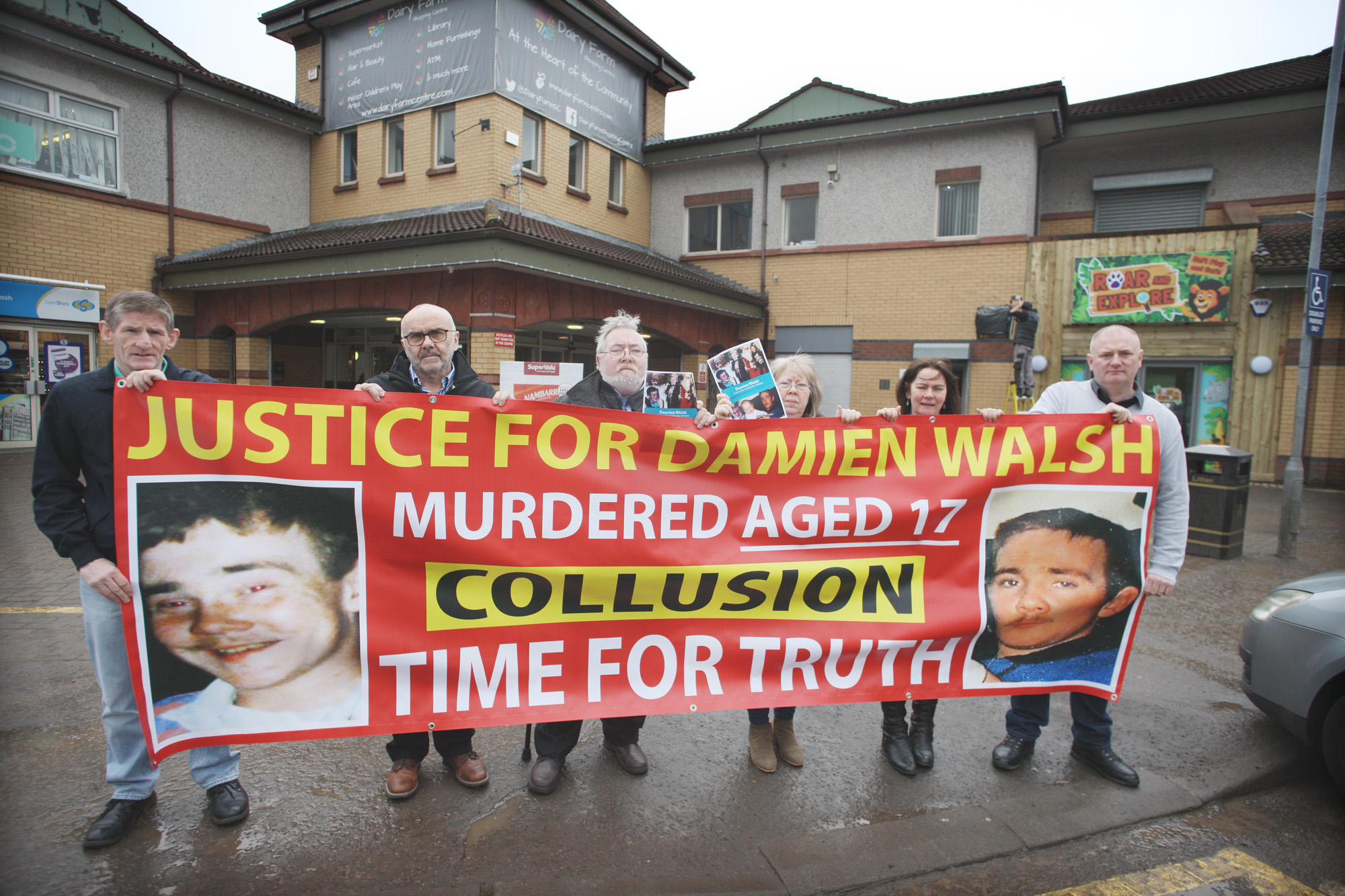 THIS Sunday sees the re-dedication of the memorial plaque at the Dairy Farm Centre in memory of Damien Walsh, a teenager whose murder by loyalist paramilitaries was witnessed by the British army.
Damien from Poleglass was 17 years old when he was murdered by the UDA in the shopping centre on the 25th March 1993.
Cllr Stephen Magennis, who was a close friend of Damien, says he still remembers the night of the murder well.
“I had arranged to meet Damien after work and myself and other friends had been on the Stewartstown Road waiting when the news came through of the gun attack. I was in shock as was the entire community. Damien had a large circle of friends and all of us remember him as witty and always having a laugh. His murder impacted on us all. Most of all Damien was a son, brother and uncle who loved by his family.
“I admire the strength and courage of the Walsh family, particularly his parents for their quiet dignified challenge against the state. Damien’s case was like many others at the hands of collusion between loyalist paramilitaries and the security forces of the state. An undercover British army unit witnessed the murder and no attempt was made to stop the shooting or apprehend the killers.
“I think of Damien all the time and it is important our community remembers him and what happened on that night 25 years ago. It is important to support the Walsh family and their quest for justice and we are planning a number of events throughout the year."
Damien’s mother Marian, who will be speaking at the event said: "I would like to thank the Justice for Damien Walsh committee for organising the event remembering Damien 25 years on. I would like to thank Relatives for Justice for their continuing support.
“Damien is missed very much by our family and we will continue to campaign for the truth about what happened to my son. We still live in Poleglass but when Damien was murdered our lives changed. Our once noisy home fell silent and remains so. Our family would like to thank everybody for their continued support and highlighting Damien’s case and I would appeal to people from the Colin area and beyond to come along and support the event.”
Paul Butler from Relatives for Justice (RFJ) will be the main speaker and there will be exhibitions inside the Dairy Farm after the re-dedication also highlighting the issue of collusion .
RFJ also have a booklet commissioned about Damien’s case which will be available on Sunday. Information around Damiens’ murder can be found on RFJ’s website.
The Justice for Damien Walsh Committee are asking people to show their support for this event on Sunday 25th March ,2pm Dairy Farm Centre. There is a Facebook page set up to update people of events – Justice for Damien Walsh – Time for Truth