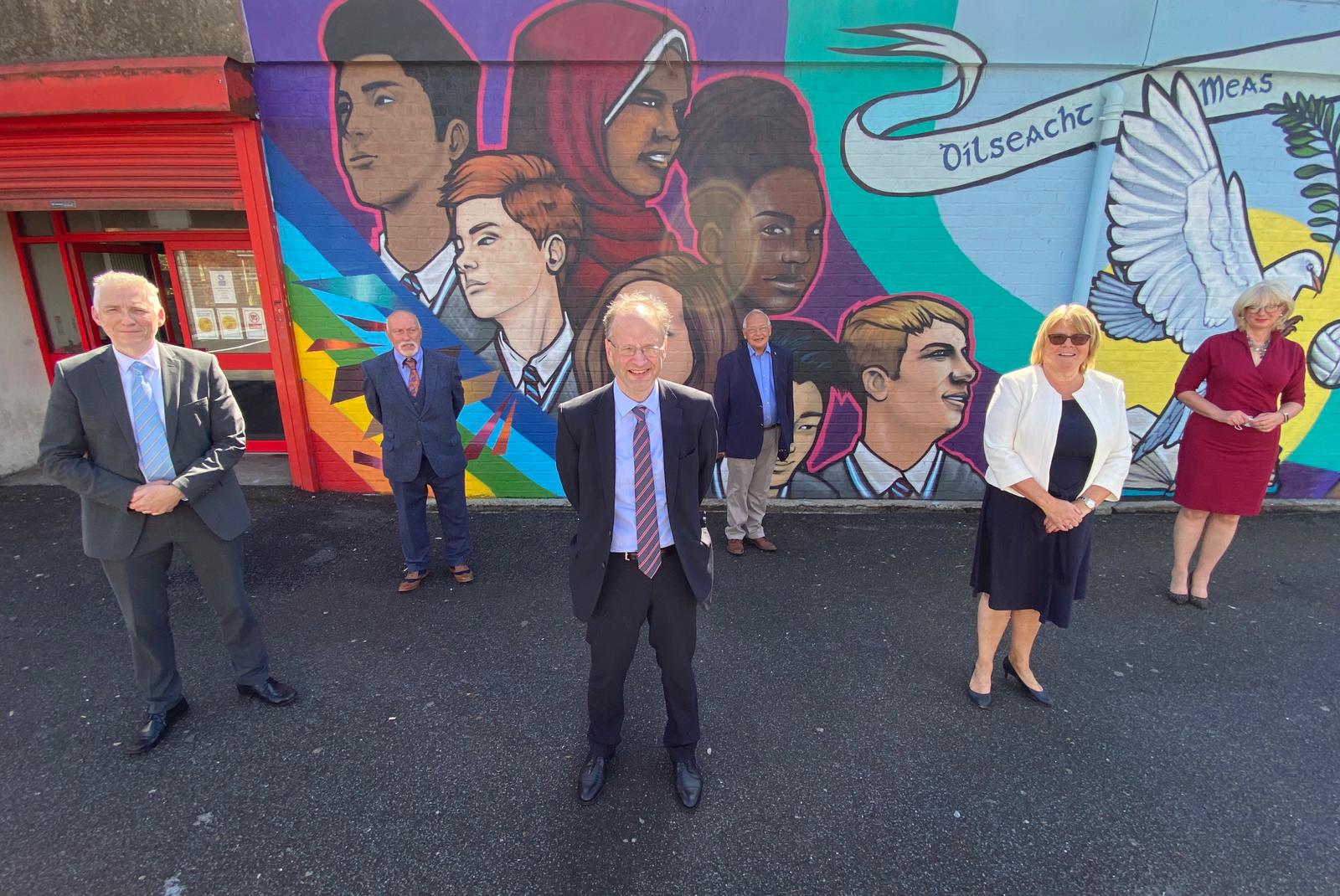 MIXED feelings among parents this week as schoolchildren returned to the classroom five months after schools closed in response to Covid-19.

Many parents – perhaps even a majority – greeted the return with a mixture of relief and happiness. Happinesss that their children are finally starting to get a bit of shape and purpose back into their daily lives and happiness – let’s not deny it – that they are at last getting a break from the extraordinary pressure that home-schooling and cabin fever have placed on them.

Relief also that their children’s education, which can only have suffered even with a high quality of home schooling, is back on track.

But the extreme caution and professional concern that head teachers have been displaying in our reports ahead of the return are powerful evidence of the awesome import of the decision that the Executive has taken in ordering schools to reopen.

The imperative to bring some sort of normality back after months of misery and privation has heaped tremendous pressure on our politicians and that pressure has finally won the day. On the other hand, it’s argued that it’s something of a leap in the dark as there’s no way of knowing what way the reopening is going to work out in relation to infection rates, both in schools and in children’s homes.

This evening I updated our New School Day guidance on face coverings for post primaries. It can be found here: https://t.co/Yy2KoKtMIs My priorities remain the full time, face to face, teaching of our children & the safety of staff and pupils at all times.

On the contrary, we know some schools will suffer hits, that some schools are going to have tough decisions to make when cases are identified, that some schools will likely  have to close again if the number of cases hits a critical point. So rather than a leap in the dark, it is more of a calculated gamble. It is certain the return to school will bring challenges – it is how those challenges are met on which the Executive, and Education Minister Peter Weir in particular, will be judged.

There are already wobbles in Scotland two weeks after schools there began a gradual return. A shocking 27 cases of Covid were identified at a single school in Dundee this week – and immediate closure was the inevitable response. That is the kind of incident we would do well to expect and plan for.

There’s no point in shying away from the simple fact that party differences are playing their part. Back in March, a rapid closure of the schools was opposed by unionist parties, including Alliance, while nationalist parties were in favour of decisive action. Similarly, the debate that took place ahead of this week’s return split along similar lines.

Why this should be so is not easy to put a finger on when it seems inarguable that caution should be the watchword when the lives of children and families are at stake.

The best guess is that unionists are continuing to take an emotional lead from a Tory government whose appalling response to the emergency has made it the Covid capital of Europe. But the die is cast and the schools are back. All decisions from here on in must be made solely on the grounds of our local good.