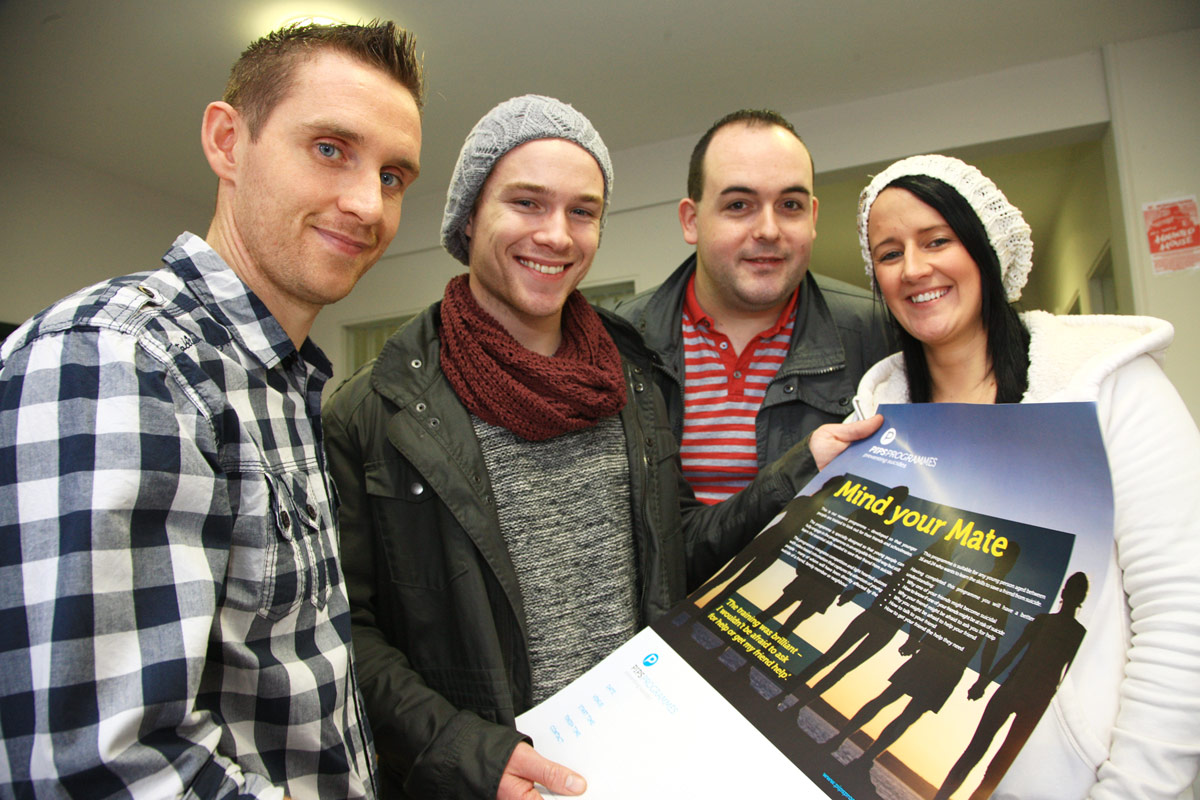 A former soap actor and rising popstar was in North Belfast this week to see first hand the work carried out by a local suicide awareness charity.Sam Clark, who played Ringo Brown in Australian soap Neighbours for four years, was at PIPS Programmes in Duncairn Gardens yesterday (Wednesday) during a visit to Belfast promoting his new single.

He said he was touched by the personal stories of the people who work at PIPS.

The charity was set up by local man Philip McTaggart who lost his own son, Philip jnr, to suicide in 2003.

“I was just blown away by the personal stories I heard and about the fantastic work that the people at PIPS do,” said Sam. “It is really good to know that they are out there providing the help that they do and I hope to come back again and see how they are progressing.”

Paul McCusker, from PIPS, said Sam’s visit was a great treat for all the staff.

“Sam was very positive and wished us all the best for the work that we are doing,” he said.

Sam was in the North promoting his new single Devastated which he hopes will propel him to the same levels of success as former Neighbours actors turned popstars Kylie Minogue and Jason Donovan.