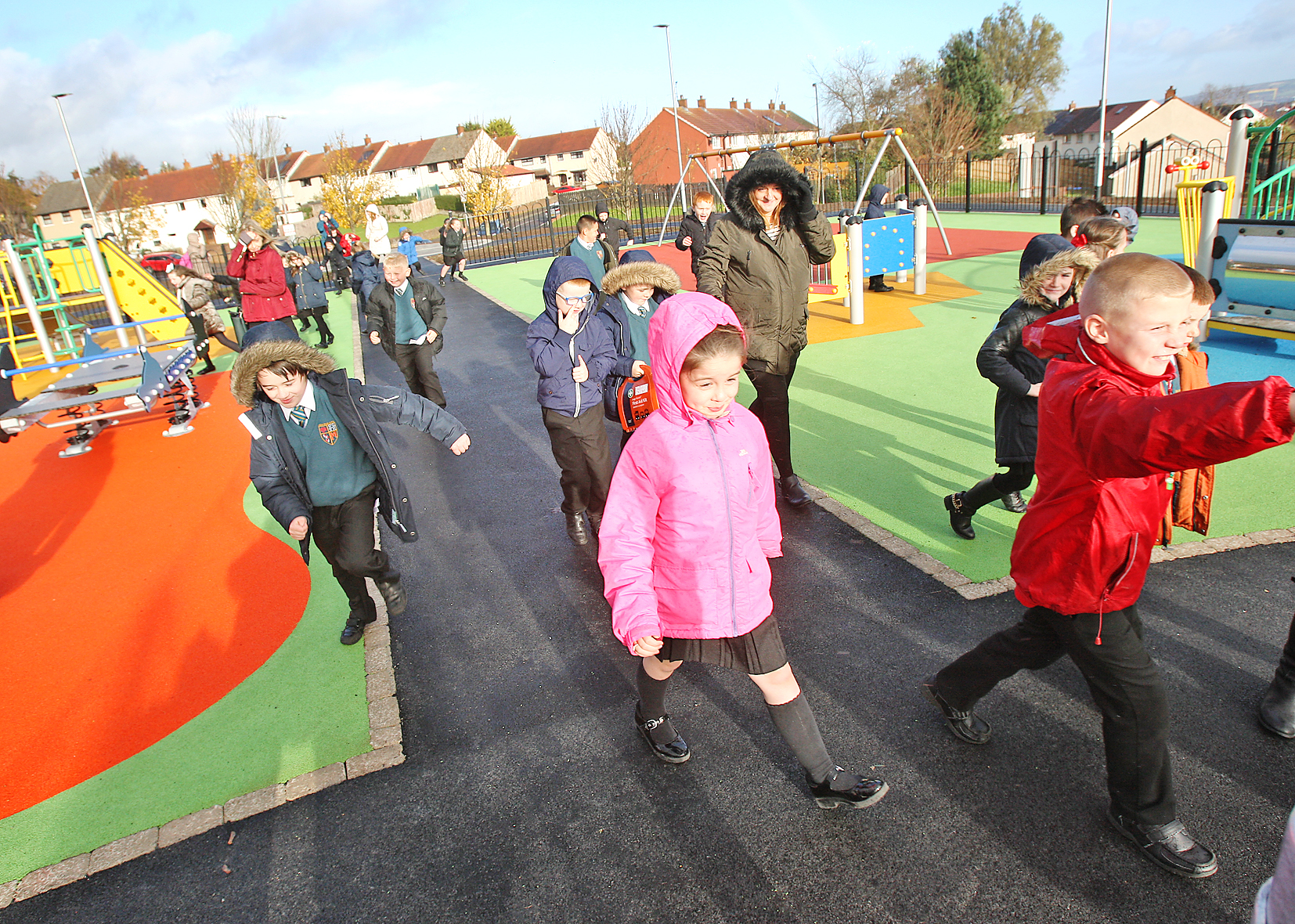 OPEN FOR ALL: Children enjoying the new playpark for the first time as it opened yesterday

Excited school children from John Paul II Primary School and Gaelscoil na Móna sprinted onto the site as the ribbon was officially cut at 1pm. Whiterock and Ballymurphy Sinn Féin councillor Steven Corr said the new amenity will add enormously to the health and wellbeing of young and old in the community.

“This area has never had a proper playpark – never.

“Play is an important part of a young person’s development. The extensive paths will also enable older residents; dog walkers and people who want a stroll, to do so in lush, well lit surroundings.  This was an open space; but not all open space is used productively and because it was an open space, it didn’t mean it couldn’t be improved.

“Thankfully there were no objections to this development, even though it was an open space and the results of a long period of working together have produced this magnificent site for this community,” he said.

Councillor Corr commended the Council staff who have driven the project and said he hoped people would respect the playpark and use it.