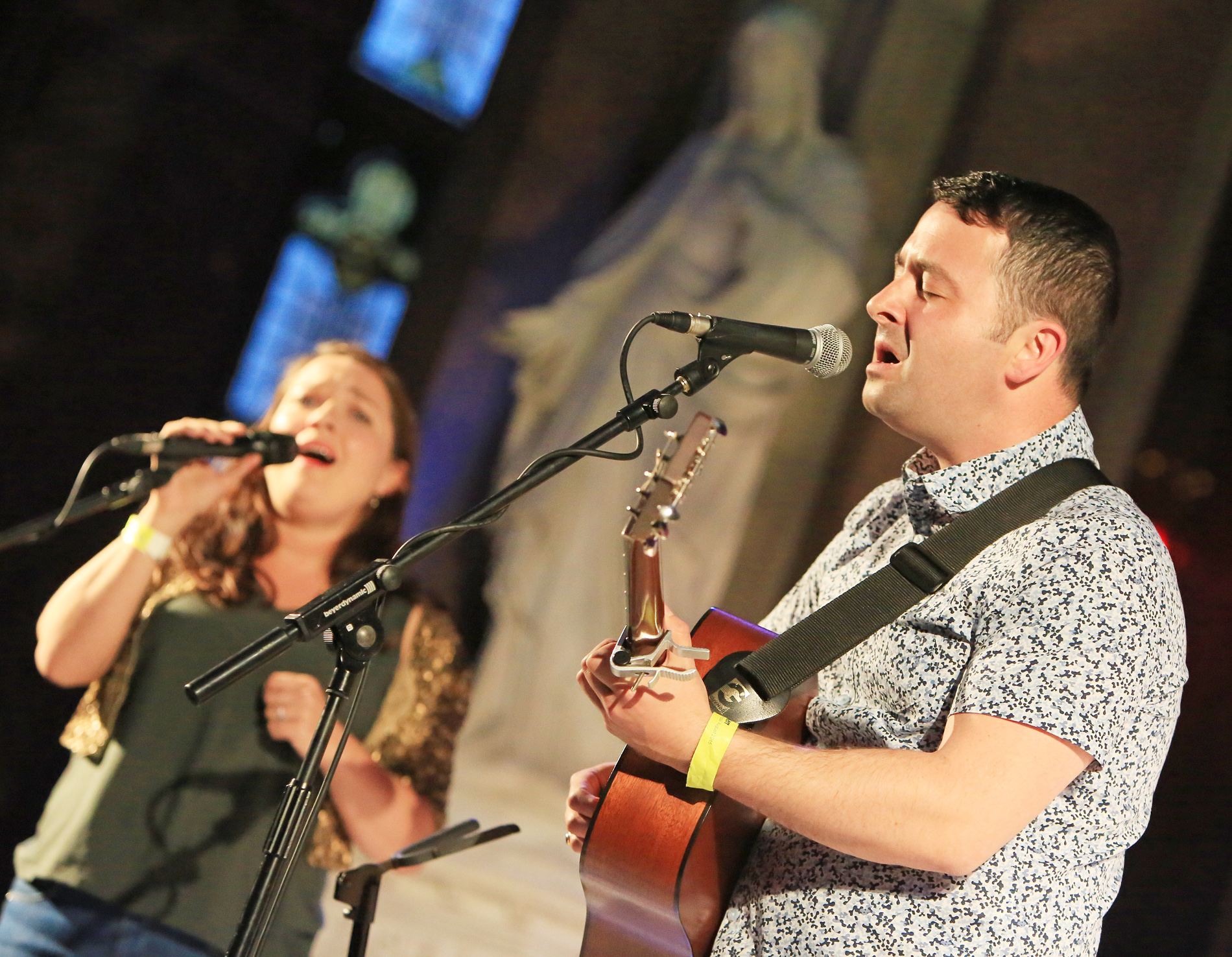 The flagship West Belfast Talks Back at St Louise’s College and traditional music at Clonard Monastery were just the latest packed venues during what is shaping up to be the best Féile an Phobail to date.

With celebrations now well past the halfway point with hundreds of talks, tours and community events having already taken place, the countdown is on for a weekend of musical and comedy acts at the Féile Big Top.

Praise has been heaped upon the Féile team after huge crowds were attracted to a variety of acts and debates which has showcased the sheer diversity of Ireland’s largest community festival.

“We’ve barely had a moment to take stock of the first seven days of Féile, but you’d have to have been living in a box not to realise that we’re in the middle of a huge, West Belfast-wide celebration,” said Féile Director Kevin Gamble. “So far it’s been amazing, the community has come out in force and visitors have flocked into West Belfast to get behind what is easily the biggest Féile we’ve ever had. We’ve had so many great events over the past week and some hard hitting talks that have filled St Mary’s University’s auditorium.

“We were delighted with how well our young people enjoyed the Goodgreef dance night and then the sell-out crowd for ’80s legends Marc Almond and The Human League was the perfect magical ending to our first weekend. You really had to be there as the crowd sang Don’t You Want Me back to Phil Oakley at the end to appreciate what a special night we had.”

The weekend finale at the Big Top in the Falls Park will see comedian Frankie Boyle (Friday), The Wolfe Tones (Saturday) and UB40 closing Féile on Sunday night.

Kevin said that there is still so much left in the programme to participate in and enjoy.

“The Rock Bar will be thronged with eager book worms today (Thursday) to welcome our Scribes line-up of international best seller Marian Keyes, creator of Love/Hate Stuart Carolan and rising author Henrietta McKervey who will be reading from her debut novel The Importance of Female Solidarity which is set in RTÉ as it prepares to cover the 50th anniversary of the 1916 Rising.”

“The weather so far has been on our side, but it’s all systems go for Féile’s closing night party with reggae legends UB40 on Sunday night.

“This has been our biggest selling gig to date. Sunday really will be a chance for West Belfast to come together and send-off Féile 2015 in style.”