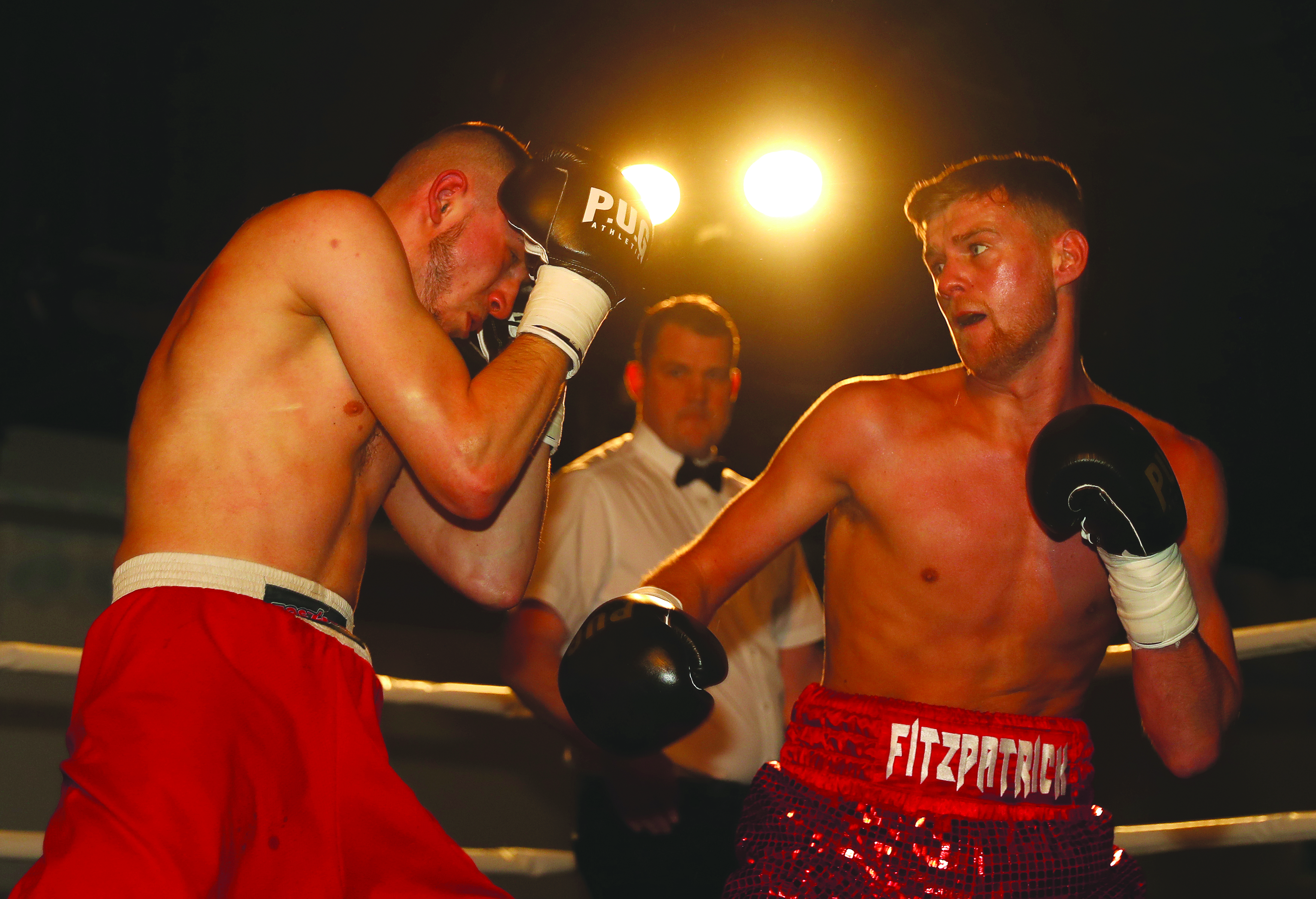 Joe Fitzpatrick goes on the attack against Tamas Laska on Saturday

JOE Fitzpatrick got his year off to a fine start as he easily picked apart Tamas Laska to score a 60-54 points win and improve to 7-0 at the Europa Hotel on Saturday. The 22 year-old had endured something of a frustrating 2016 with just two contests, but was in fine form at the weekend in what was his first six-round contest and was on top from first bell until last.

The Divis southpaw had far too much for his Hungarian opponent who battled gamely and did well to survive a third round onslaught, but there was only going to be one winner in this bout.

“I felt good in there. The last two rounds I just took it easy, I didn't put the most effort in as I just wanted to get the rounds under my belt,” said Fitzpatrick after.

“It was great to get those six rounds. I hurt my hand there a wee but, but hopefully it's not too bad. “I thought I boxed alright for my first six-rounder. I thought I was fit enough. Just get another couple of six-rounders under my belt and then I will be flying.”

The first round saw the West Belfast man use his long arms to keep Laska at bay as he whipped in hooks to the body to slow the away fighter down. Fitzpatrick was content to keep this fight at distance as he employed his reach advantage to deter and Laska advances and in the third, a series of right hooks to the ribs appeared to have the Hungarian on the brink of being stopped, but he held on and survived.

An early assault in the fourth round saw referee, Jason McKay take a long look at Laska who again, showed his durability to get through the crisis and even began play acting a little before the end of the frame, but there was little threat coming from him now. The fifth and six rounds saw Fitzpatrick simply box his way through them as he coasted to a fine win that he hopes will set him up for the year.

“Hopefully I'll be flying this year and get more fights under my belt,” he agreed. “By the end of the year I want to fight for the Irish title because I don't think there is anyone in Ireland who can beat me. Two fights I had last year so hopefully this year is a better year for me and I get titles - the Irish title by the end of 2017. I don't care who I fight for it.”

Having signed a promotional deal early in his career with Frank Warren, the Commonwealth Games silver medalist is hopeful he can now move onto the televised bills on Box Nation and BT Sport.

“Mark has been talking to him (Warren) more than I have so hopefully I get out with him more this year and hopefully I will be boxing on BoxNation more over the next couple of months,” he added. “There should be a lot more shows on (due to the BT Sport link-up) so hopefully they will have me on.”