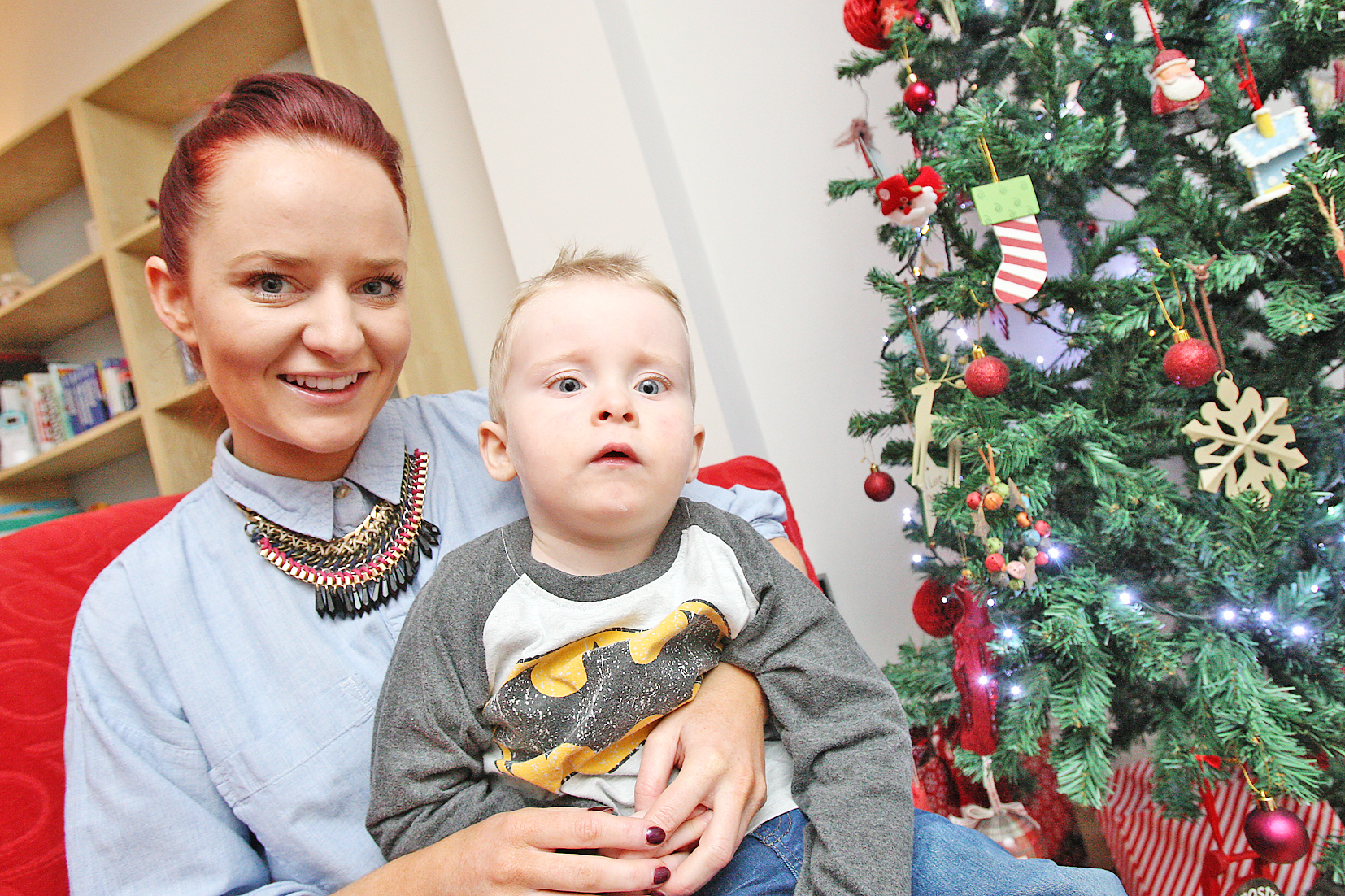 A Belfast family are hoping the community can get behind them as they continue their fundraising drive so that their little boy can undergo pioneering surgery in America to help him walk.

Two-and-a-half-year-old Cavan O’Neill was born with Spastic Diplegia, a form of cerebral palsy, which affects his ability to walk. Speaking from her Dunmurry home Cavan’s mum Emma explained how the family are currently fundraising to send the toddler to St Louis, Missouri in the United States so that he can undergo selective dorsal rhizotomy (SDR) surgery which helps to improve muscle stiffness, which ultimately will help him walk unaided. The cost of the operation stands at almost £80,000 and so far the family have raised over £20,000 in just six weeks.

“The West Belfast community has been amazing,” said Emma, “local schools, the Kennedy Centre, Asda and local businesses have all stepped up to help us and we were delighted to be welcomed by the Lord Mayor Arder Carson at a reception last Wednesday.

“We are focusing on a hopeful New Year and we can’t express our appreciation enough for all those who have donated to the campaign so far.”

She added: “Every time I researched Cavan’s condition online this operation SDR, a type of pioneering surgery, kept coming up and I contacted parents whose children had had the surgery to hear their stories. It is recommended that children between the ages of two and four are the best ages to have the surgery carried out,” she said.

“I got in contact with a girl in Coleraine whose son has had the surgery and now he is walking with crutches. After the operation it would be three years of intensive physiotherapy for Cavan and we would have to get in a lot of specialist rehabilitation equipment for him as well.

“A fella from Lagmore, Michael Tully did 10,000 kettle bell lifts over a month period to raise money for the operation and Holy Evangelists Primary School held a non uniform day to raise money as well. It’s a wee bit overwhelming to see how generous people can be.”

Emma said she and her husband Diarmuid were delighted to have been invited to the Lord Mayor Arder Carson’s parlour to highlight their campaign.

“We had a brilliant time at the City Hall, we will always remember it and the Lord Mayor made us feel so at ease and welcomed.

“Having Arder on our side is very reassuring and it makes the campaign that bit more official to have someone like him back and support us.”

For more information or to donate to the Cavan’s appeal visit www.justgiving.com/cavansfirststeps