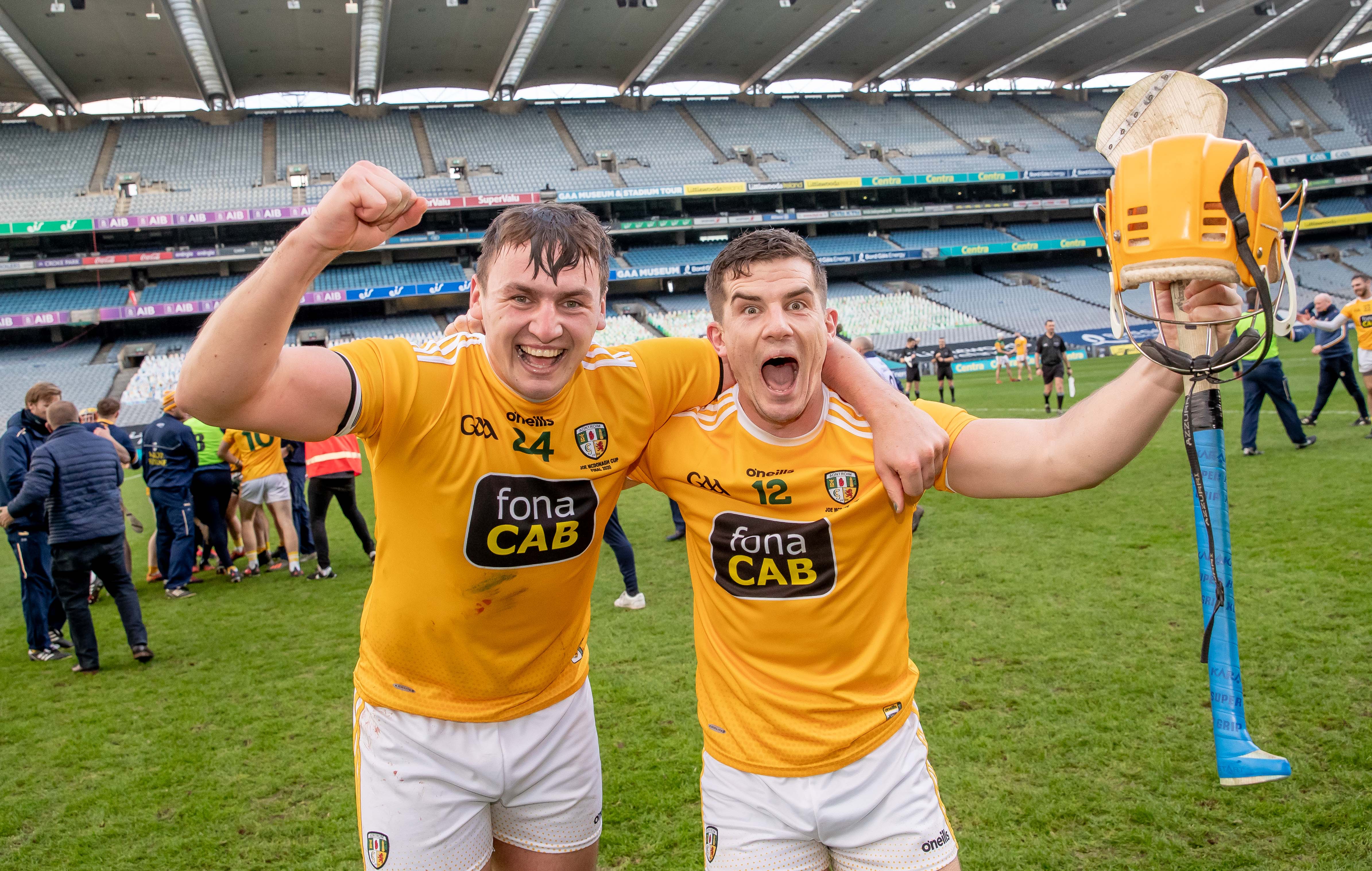 ANTRIM have got an early indication of how their 2021 season will look as the GAA confirmed the new season is set to begin at the end of February.

As anticipated, inter-county action will be first up with the Allianz Leagues in both hurling and football throwing-in on the weekend of February 27/28.

Fresh from their double promotion this year, Antrim’s hurlers will ply their trade in both Division One and the Leinster Senior Hurling Championship.

Darren Gleeson’s men will be in Section B of Division One alongside Clare, Kilkenny, Laois, Wexford and Dublin and while no fixtures have been revealed as yet, it is anticipated the Banner County will be first up at Corrigan Park, with Wexford and Laois also travelling north during the competition.

There will be no quarter-finals or semi-finals with the top team in Sections A and B contesting the final on the weekend of April 10/11, the same date set for the relegation playoff between the bottom team in each group.

The Leinster Senior Hurling Championship will begin two weeks later on the weekend of April 24/25.

Defending champions Kilkenny and this year’s beaten finalists Galway will receive a bye into the semi-final with Antrim, Wexford, Dublin and Laois to contest two quarter-finals.

The beaten teams will then playoff with the winner entering the All-Ireland Qualifiers and the defeated team dropping back to the Joe McDonagh Cup for 2022.

Like this year, there will be no group/round robin system in either Leinster or Munster with the system similar to this year’s whereby every team will get a second chance once eliminated in their province. The All-Ireland final will take place on July 10/11.

As for Enda McGinley’s footballers, they will ply their trade in a different looking Division Four as each of the divisions have been split in half, based on geography.

It was confirmed that Antrim’s section will include Leitrim, Sligo as-well-as Mickey Harte’s Louth with the teams playing each other once. The top two will then enter the semi-finals against the top two of the opposite section that includes Carlow, Wexford, Waterford and London (should they be able to compete). The semi-finals and final will be played on the consecutive weekends at the end of March and beginning of April, with the bottom two in Division Four entering a Shield series on those dates.

Due to the disrupted nature of the 2020 season, there was no second tier, Tailteann Cup, but that will not be the case next year with teams from Division Three and Four (with the exception of provincial champions Cavan and Tipperary) entering this competition should they fail to reach their provincial final.

The Tailteann Cup final will be played as a curtain raiser to an All-Ireland Hurling Championship semi-final on June 26/27, with the All-Ireland Senior Football Championship final on either July 17/18.

Club action can begin in spring and early summer, minus county players, should regulations permit but there has been an uninterrupted window set aside for club games exclusively from July 24/25 until October 23/24.

The All-Ireland Club Championships will resume in 2021 with the provinces give from October 16/17 until November 27/28 to complete, with the All-Ireland semi-finals to be played in December and finals in January 2022.

This news will be welcomed by those who have been calling out for a split season and they will get their wish next year and could become permanent after Congress in February. Some had felt the clubs ought to have gone first, but given the late end to this year’s competitions, it was not feasible to organise them in time.