He's been recording the story of the Bog Meadows for eight decades, now he needs a publisher 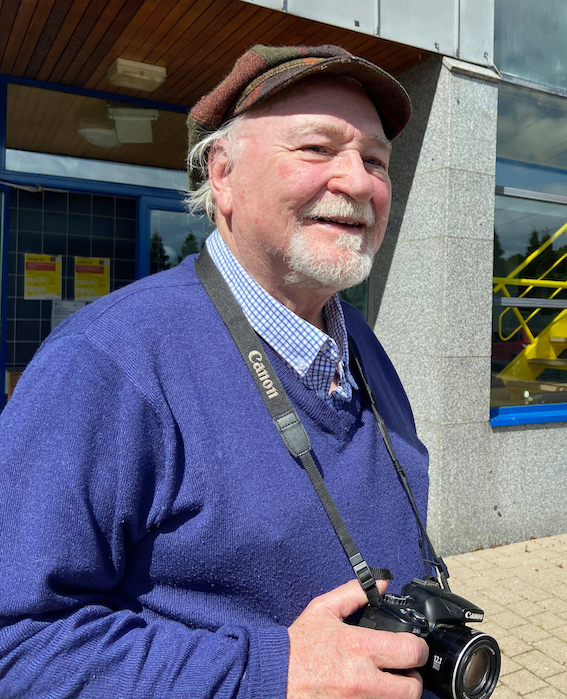 Dave Branagh has spent a lifetime — a long and productive lifetime — recording the story of his beloved Bog Meadows. Now he needs a publisher to give his epic book 'A Paradise Lost' a wider readership.

Brought up in St Katherine's Road, Dave, who turns 80 this year, has been besotted by the Bog Meadow since the age of seven. "Our teacher in St Kevin's Mr Harbinson told us the tiny wren nests in hedges and after school that day, I searched every hedge going down St James' Road for a wren's nest," he said. "I was hooked on nature from then on and by the age of ten, I was, to my eternal shame, collecting birds' eggs."

But Dave said the real magic of 'twitching' or birdwatching was revealed to him when he acquired a pair of binoculars.

In the introduction to 'A Paradise Lost', he writes: Most birdwatchers are started off in their hobby by viewing something of sudden picturesque glory. At the Bog Meadows, the Shoveler was a common enough bird but till then I had never seen one close. Now I could see every striking detail of its spatulate bill, the pale blue forewing and its glittering yellow eye, the dark head I once perceived was, in fact, a deep bottle-green contrasting with the pure white breast and vivid chestnut belly and flanks. It was as if I had seen a bird of paradise. I was ecstatic with the sudden realisation that here, under my nose, in my familiar back yard of lakes and marshes, lived nature in all its glory with unfamiliar and beautiful avian creatures of whose strangeness and beauty I had been sadly unaware."

Dave pursued a career as a shipyard worker in the late fifties — where he befriended Van Morrison's dad Geordie — and spent six years in the mid-sixties with the Merchant Navy but he returned to the meadows when he could, noting the changes with each visit.

Bog meadows on my commute this morning pic.twitter.com/EN1A2MutsF

Even when his job as an insurance salesman took him South to a new home in Glendalough, his fascination with the Meadows remained. "There weren't many people into birdwatching back then, but I would return to the meadows on every trip back to Belfast and from about 1972, I started writing down the story of the Bog Meadows."

The Andersonstown News has published excerpts from Dave's compelling opus on the Bog Meadows which spans from the mists of time and the formation of the bog to the more recent battle to preserve the unique habitat. But Dave says he now needs a book publisher to bring his writings to a wider audience.

"I don't know how many years I have left, but it's my dream to see this work — all 361 pages of it — in the bookstores and online so that the passion to preserve the Bog Meadows can be handed on to future generations."

Anyone who wishes to help Dave with his publishing ambitions can email him on dbcaildris@gmail.com. (We know you're asking: calidris is the Latin name of the sandpiper.)