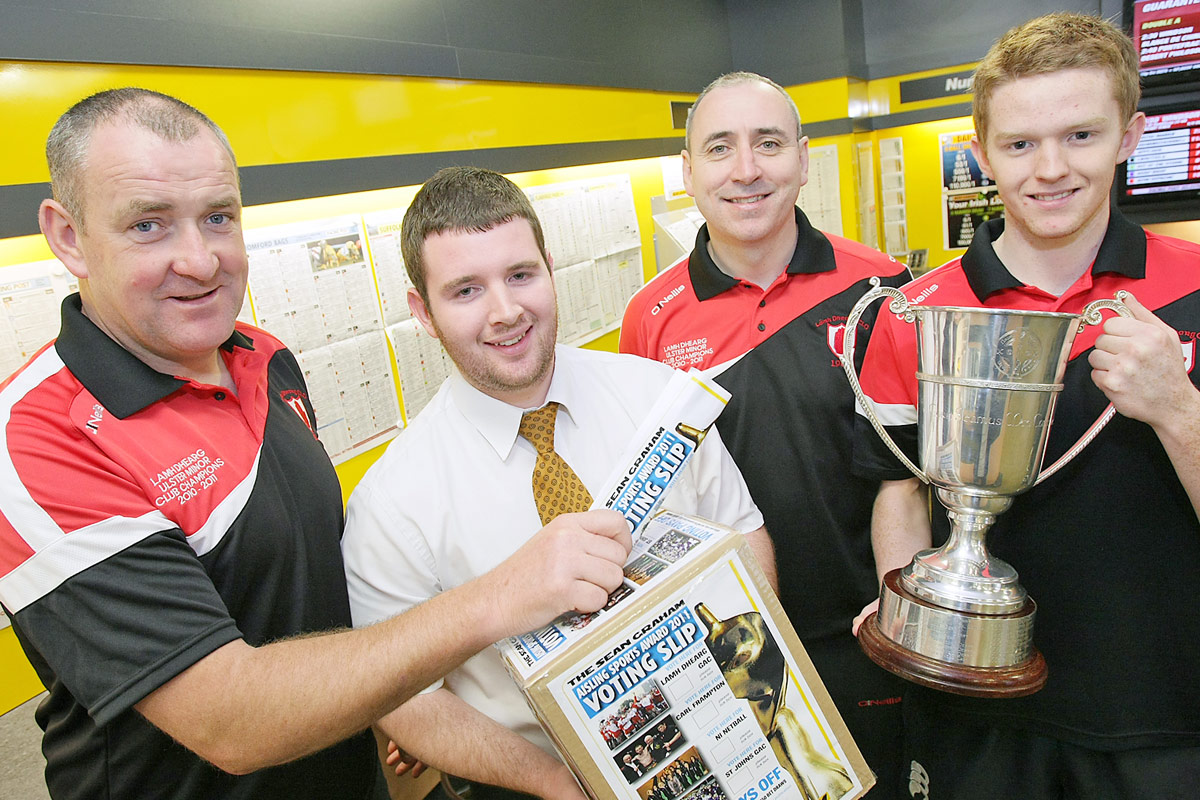 SINCE its inception, the St Paul’s Ulster Minor Football Tournament had been the preserve of clubs from outside Antrim since the hosts lifted the title in 1986.

However, that trend was reversed on a cold day back in later January when Lámh Dhearg overcame O’Donovan Rossa, Magherafelt, by one point in the final.

Under the management of Frank Fitzsimons and Terry McCrudden, the Red Hands shocked defending champions Omagh St Enda’s in the preliminary round before dispatching of Fermanagh champions Aughadrumsee in the quarter-final and Kilcar from Donegal in the semi-final with the minimum of fuss.

During a tense final, a last gasp winner from substitute Matthew Murray sealed a famous win over the Derrymen and also served to announce the arrival of a special group.

The majority of the victorious panel graduated into the senior ranks this year and were instrumental in helping the Hannahstown club reach the county final after shocking Cargin and overcoming a strong Creggan side.

Despite coming up short against a St Gall’s team that has made the Antrim Championship their own over this past decade, the performance that night suggested we will be hearing a lot more from a talented group of players that began 2011 in perfect fashion.

With provincial honours already secured at underage, the feeling around Lámh Dhearg will be that they have developed a golden generation that can bring further success to the club.