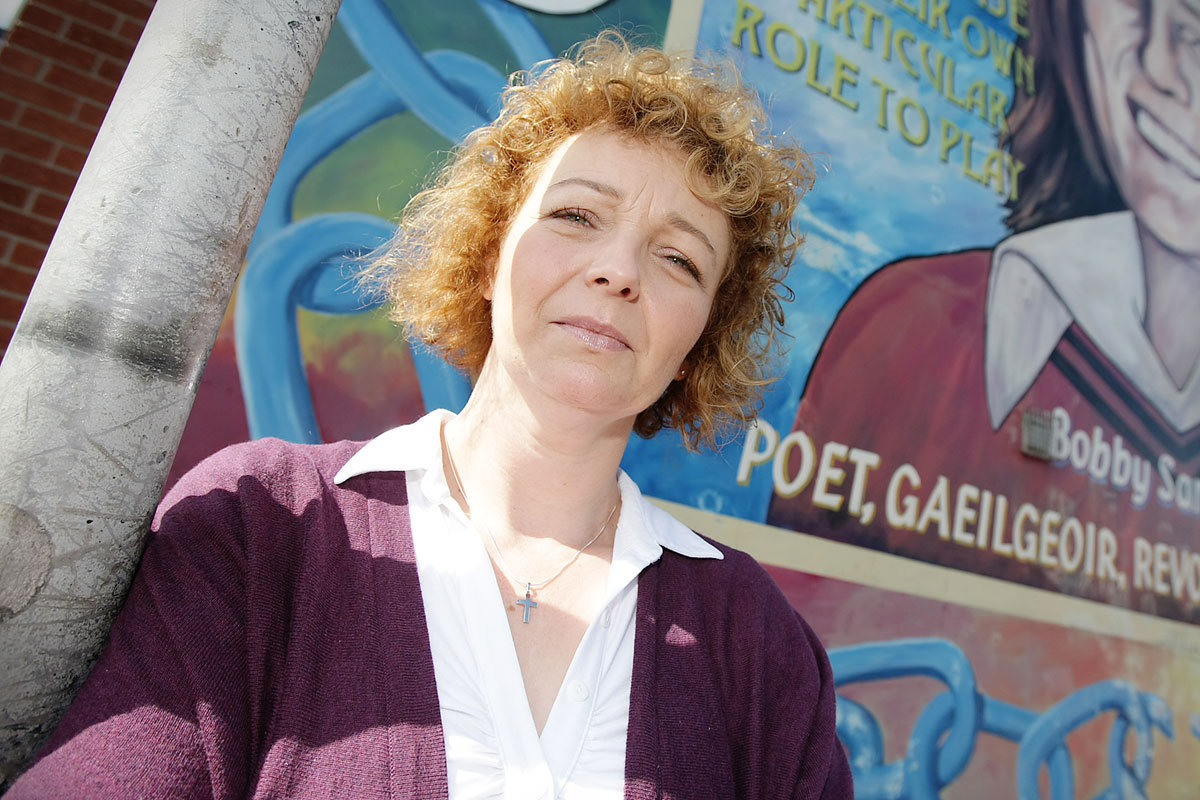 Few analysts in language, politics and sociology would query Noam Chomsky’s view that ‘questions of language are always questions of power’. Therefore language is inextricably bound with politics. This connection becomes considerably marked in the context of colonialism, where the subjugation of native cultures is both a means and an end to colonial invasion. Therefore, language decline never occurs in communities of power and privilege, but rather among the dispossessed and disempowered.

Moreover, this linguistic decline does not happen in isolation from socio-cultural and socio-economic conquest but always forms part of a wider process of social, cultural and political displacement, often involving overt discrimination and suppression. Nowhere was this process more prevalent than in Ireland where violent colonisation culminating in the imposition of the British national schools system and the catastrophe of the Great Hunger in the mid-nineteenth century saw cultural decline in Ireland occur at a breakneck speed unparalleled in European history.

In these circumstances, any attempt to revive the declining culture or to ‘decolonise’ is an overtly political venture. In Ireland, the formation of the GAA in 1884 and the Gaelic League in 1893 signalled the beginning of cultural and political decolonisation. Pádraig Pearse would later say, “When the Gaelic League was formed, the Irish revolution began”, a case proven by the Easter Rising of 1916 and the subsequent revolutionary period thereafter. Thus, Gaelic League members were arrested and jailed by the British state in Ireland. Any attempt to revive the language was viewed as a threat to British cultural dominance.

The outworking of this cultural colonisation was to be highlighted when Northern Ireland was founded through partition in 1920. Outright hostility and legislative persecution was the order of the day as the language and its activists were branded “avowed enemies” of the Orange state. Totally alienated from the one-party state, language promotion was practised in the ‘hidden Ulster’ of the Ardscoil and the Cluain Ard where it managed to survive against all the odds. From these humble seeds came the revolutionary self-help project of Gaeltacht Bhóthar Seoighe that spawned the birth of Gaelscoileanna and the contemporary Irish language revival in the North of Ireland. This initiative would flourish in the transformational post-hunger strike period of the early 1980s, when the language was imbued with notions of reviving identity and empowering communities under siege.

It was in this context that the British government and NIO devised a divisive strategy to incorporate the language into the discourse of the ‘two traditions in Northern Ireland’ by consciously isolating radical language initiatives. At the time, the NIO divided the Irish language movement by providing financial assitance to a cross-community Irish language initiative named the  Ultach Trust, set up in 1989 after the groundwork had been laid by the Cultural Traditions Group. This strategy sought to promote ‘respectable Gaeilgeoirí’ at the expense of revivalist projects in republicans areas. The NIO discourse of ‘depoliticisation’ was born. In August 1990, West Belfast Irish language community organisation, Glór na nGael, had its funding withdrawn under the NIO policy of political vetting. Hitting nursery schools hardest, this state attack was only reversed after a national and international campaign. The aim of depoliticisation was to portray the Irish language movement as sectarian and, by association, blame state discriminatory practices against it on its own links with nationalism and republicanism.

Fast-forward to the post-peace process era and the Good Friday Agreement promised to “faciliate and encourage” the language. Despite much bottom-up-inspired progress, Irish speakers remain victims of fundamental discrimination and thus second class citizens in every manifestation. Without legal protection, Irish speakers in the six counties are the anomaly of minoritised language speakers on these islands. According to language expert Fernand de Varennes, the right and opportunity to “learn and use” your native language “flows from a fundamental right and is not some special concession or privileged treatment... it is the right to be treated equally without discrimination, to which everyone is entitled.” From 2006 until the present, the NIO and its cultural department DCAL have continually utilised the de-politicisation trump card to obstruct the compelling human rights argument for an Irish language Act in the North of Ireland.

DCAL’s 2007 consultation document on an Irish language Act openly stated that the Irish language in the North was “controversial” because unionists held “genuine fears and concerns” about “the erosion of their British identity”. Thus, British colonial rationale endorsed fundamentally discriminatory views by describing them as “genuine”, thereby justifying the denial of rights to Irish speakers. Furthermore, this view and the NIO strategy of depoliticisation gave credence to the mythical monolingual view that the granting or demand of minority rights somehow impinges on the rights of the majority. The reality is that it is not the demand for rights that renders minoritised languages “controversial” or “political’ but their continued denial by governments and states like the British one in Ireland.

This process reflects a global phenomenon. Colonialism and globalisation have imposed a hierarchy of powerful languages that mirror the unequal power relations on the planet. Therefore, English Linguistic Imperialism’, or ‘Linguicide’ as it is known, aims to maintain and perpetuate inequalities between English and minoritised languages and their respective speakers. This is an unashamedly political project that shapes language decline the world over. Experts predict that 90 per cent of the world’s languages – or more precisely, 5,400 out of six thousand languages – will be either lost or forced into the final stages of decline this century. The common theme in each case is its contact with a more powerful majority language whose dominance is usually defined by its superior political, cultural or socio-economic power. The view that the fightback against this relentless wave of Anglo-American cultural domination can be anything other than a political fight is not based in reality. Moreover, depoliticised ‘culturalism’, where the cúpla focal can be shared equally by all is consciously imposed by linguistic imperialists to obscure unequal power relations and limit the scope of minoritised language revivals.

Equality for Irish speakers and the successful revival of our language can only be achieved through overtly political campaigning and through organising for change amongst communities. This is not to say that the language should be subject to destructive party politics. If anything, the Irish language community must retain its independence and radicalism through setting its own agenda based on its own needs.

DCAL’s latest depoliticisation PR stunt, ‘Líofa 2015’, which saw no substantial resources being allocated to the language by a department with a statutory obligation to do so, is the latest example of the New Northern Ireland trying to hijack and divide our language movement by imposing its own terms of reference on how we promote the language. This initiative is merely a symbolic move in the power game that sees powerful states promoting the myth that they are liberal and fair towards minority languages. The continued denial of equality for minoritised languages means they will continue to play a central part in political disputes throughout the world. The Irish language is no different and its future will only be ensured by bottom-up national revivalist projects of substance that recognise, to quote Máirtín Ó Cadhain, that “the re-conquest of Irish is the re-conquest of Ireland and the re-conquest of Ireland the salvation of Irish.”