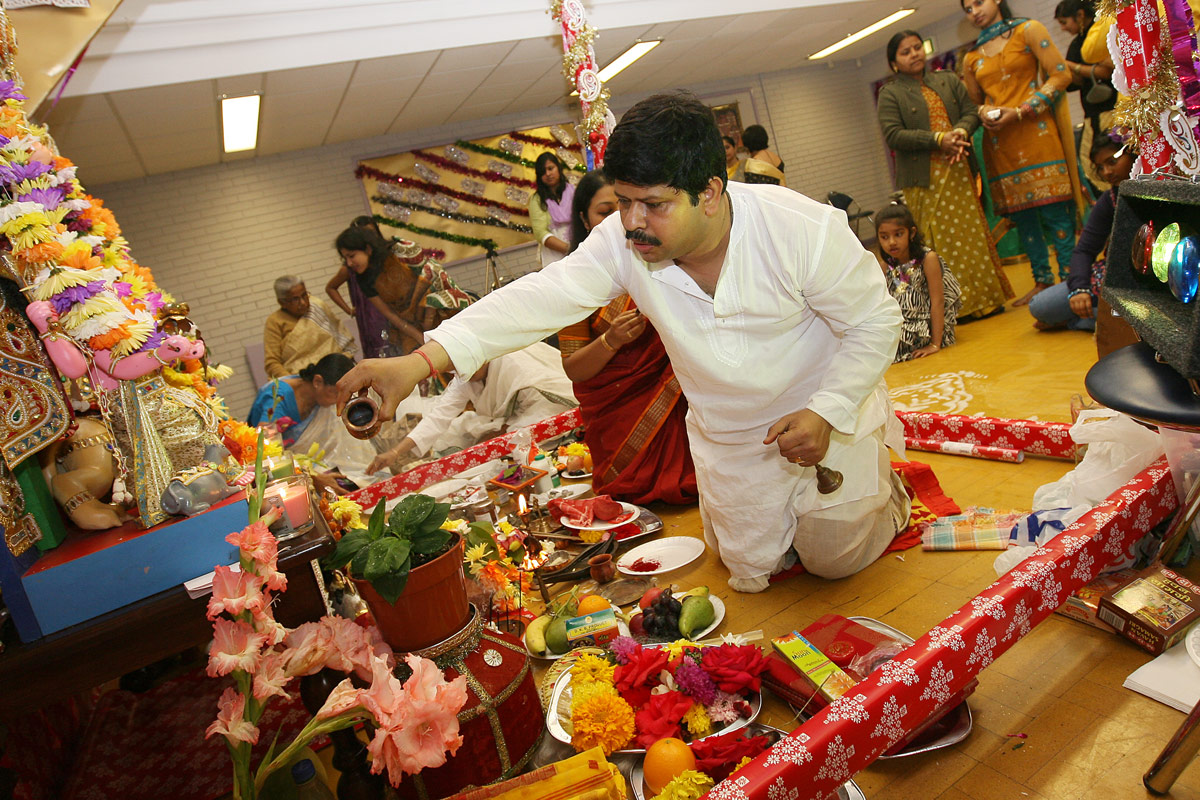 The local Hindu community has marked its most significant festival with major celebrations in South Belfast.

Durga Puja, which involves worshipping of the goddess Durga, was observed with a four-day event at the Olympia Community Centre on the Boucher Road beginning on September 30.

Hindu Bengalee devotees carried out rituals symbolising the mythological victory of Durga, representing good, over the demon Asura. Durga is the most widely worshipped deity of power in the Hindu faith and is believed to be the mother of the universe, as well as the personification of tender love, wealth, power, beauty and all virtues.

Dr Shrobona Bhattacharya from the Belfast Bengali Cultural Association said a large number of people turned out for the event.

“Hindu Bengalees from India, Nepal and Bangladesh who are resident in Northern Ireland turned out in large numbers to offer prayers in the community centre.

“People exchanged greetings with each other and shared a happy time together with traditional Bengali food.”

With almost a billion people involved in the festival across the globe, South Belfast saw cultural performances, family fun days and competitions over the four days, as well as welcoming a special visitor.

“The idol of Durga was brought to Belfast for the first time all the way from Kumartuli in India,” said Shrobona.

“The festival is celebrated with sincerity and great devotion all over the world where there are Bengalees and now Belfast is no exception.

“Most Bengalees moved to Northern Ireland for their professional career and it was the first time that many of them were able to enjoy their annual festival here.

“We plan to organise this event every year along with a few other major events to promote cultural diversity among the residents of Northern Ireland.”