Man (39) charged with the death of North Belfast mum 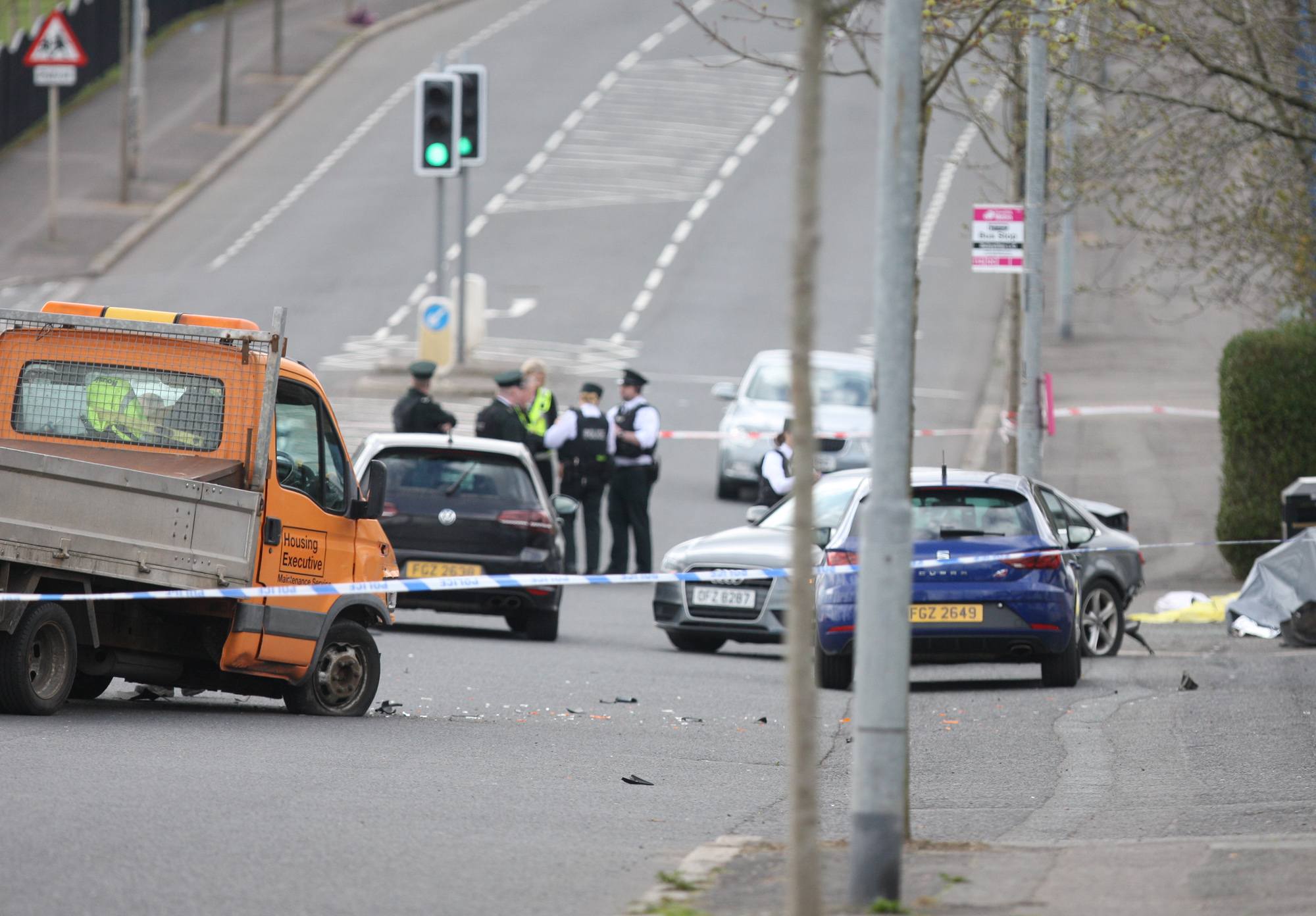 A woman was knocked down and killed on the Ballysillan Road North Belfast.

A 39-year-old man has been charged with a number of offences including death by dangerous driving after a woman was killed in North Belfast.
He was arrested following a crash in the Ballysillan area on Thursday morning. A young mum-of-two, named locally as Lisa Gow, was killed when a stolen car struck her.
The Police Ombudsman has said that police were not chasing the car at the time of the collision.
The black Audi was taken from a home in the Cavehill area and was initially pursued by police. However, the PSNI broke off their earlier pursuit and instead followed the car with a helicopter.
The car then hit another vehicle before hitting Ms Gow. The 39-year-old man was arrested at the scene and will appear in Belfast Magistrate’s Court today (Friday).
A spokesperson for the Police Ombudsman’s Office said a “stinger device” is believed to have been used by officers during the chase.
“The PSNI informed us that its officers had been involved in a pursuit of a vehicle involved in the collision. A stinger device is also believed to have been used by police,” they said.
“We are now investigating the actions taken by police in the period prior to the collision. Our investigators have been at scene and are continuing to make enquiries.
“I would also like to take this opportunity to express our sympathies to the family and friends of the woman who died.”
A spokesperson for the Ambulance Service said one other person was taken to hospital following the crash.
“One emergency ambulance crew and one officer attended the incident,” they said.
“The charity air ambulance was also dispatched to the scene.
“Following assessment and treatment at the scene by paramedics, one patient was conveyed to the Royal Victoria Hospital.”
SDLP North Belfast councillor Paul McCusker said it was an “extremely sad 24 hours” for the area.
“Death drivers have no place in our society and serve no other purpose than to terrorise communities," he said.
“My thoughts go out to the family and I would appeal for anyone with information to come forward to the PSNI.”
Sinn Féin MLA Gerry Kelly said: “I want to extend my condolences to the family and friends of the woman killed and ask anyone who may have been in the vicinity at the time of the incident to come forward with that information.”