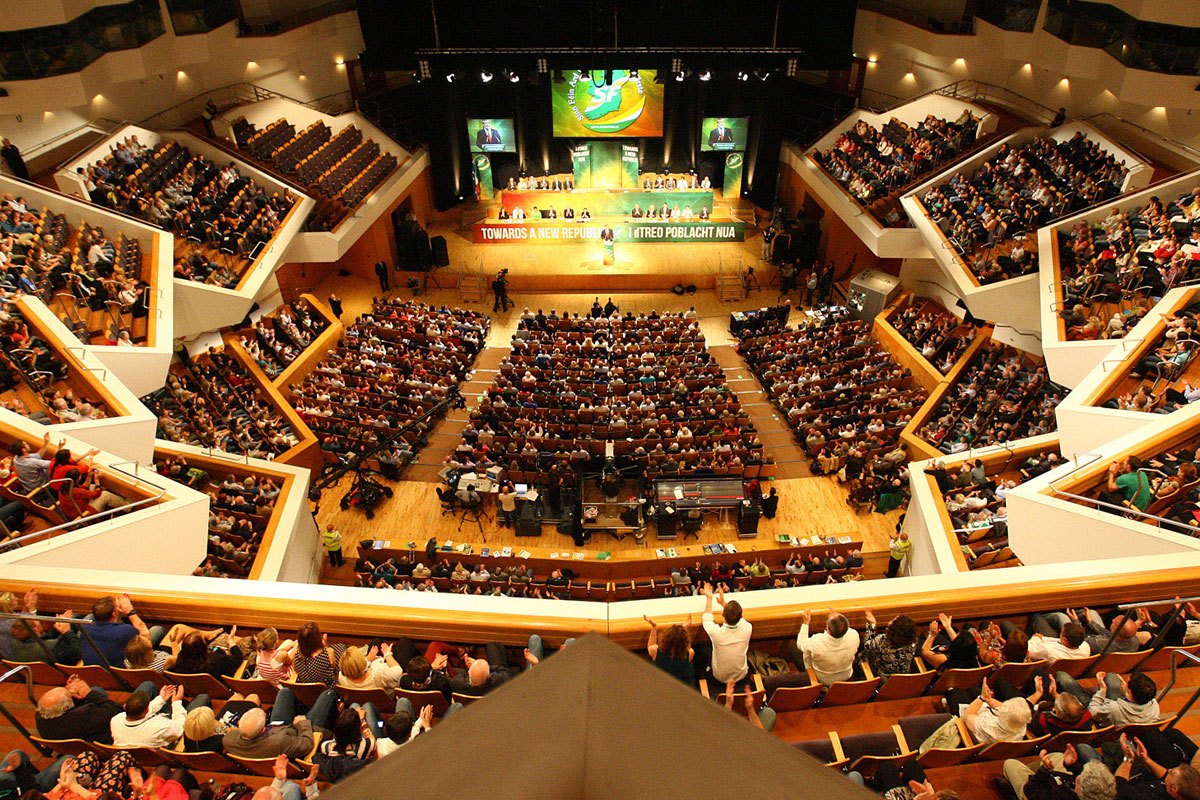 WHile 2,000 Sinn Féin delgates packed into the Waterfront Hall on Saturday, over 210,000 viewers watched Gerry Adams’ address live on RTé during its peak, with an average of 180,000 viewers during the half-hour address.

With Adams’ speech also going out on BBC2 and RTé covering the Saturday morning session, the party hogged the headlines with the announcement that Sinn Féin will back a candidate for the Presidential race next month.

The Ard Fheis was held for the first time in the North and the Louth TD welcomed the Ballymurphy and Springhill Massacre families as well as the McGurk Bar relatives who were also in attendance.

Mr Adams said that the Ard Fheis being held in Belfast was a “big deal”.

“And it’s a big deal for me as a Belfast citizen who has been elected by the people of Louth to be with you,” he added.

In his speech Gerry Adams commended the work of outgoing President Mary McAleese and her husband Martin “both citizens of this city”.

“Next month the people will elect a new President of Ireland – but once again citizens in the North will not have the right to vote.”

“This must change. Citizens from all parts of Ireland must be able to vote in Presidential elections. Irish citizens living abroad – as is the case with many other states – should have the right to vote also. The Presidency is not a trophy for the political establishment,” he said.

Speaking after the event, West Belfast MP Paul Maskey commended those who had organised “this very successful Ard Fheis”.

“Sinn Féin’s Belfast operation and beyond did our party proud with our annual meeting,” he told the Andersonstown News.

“The entire hall was filled to capacity and we had people from all over Ireland and visitors from America, the Basque Country, Palestine and other parts of the world in attendance to take part in this historical event in the North of Ireland.”