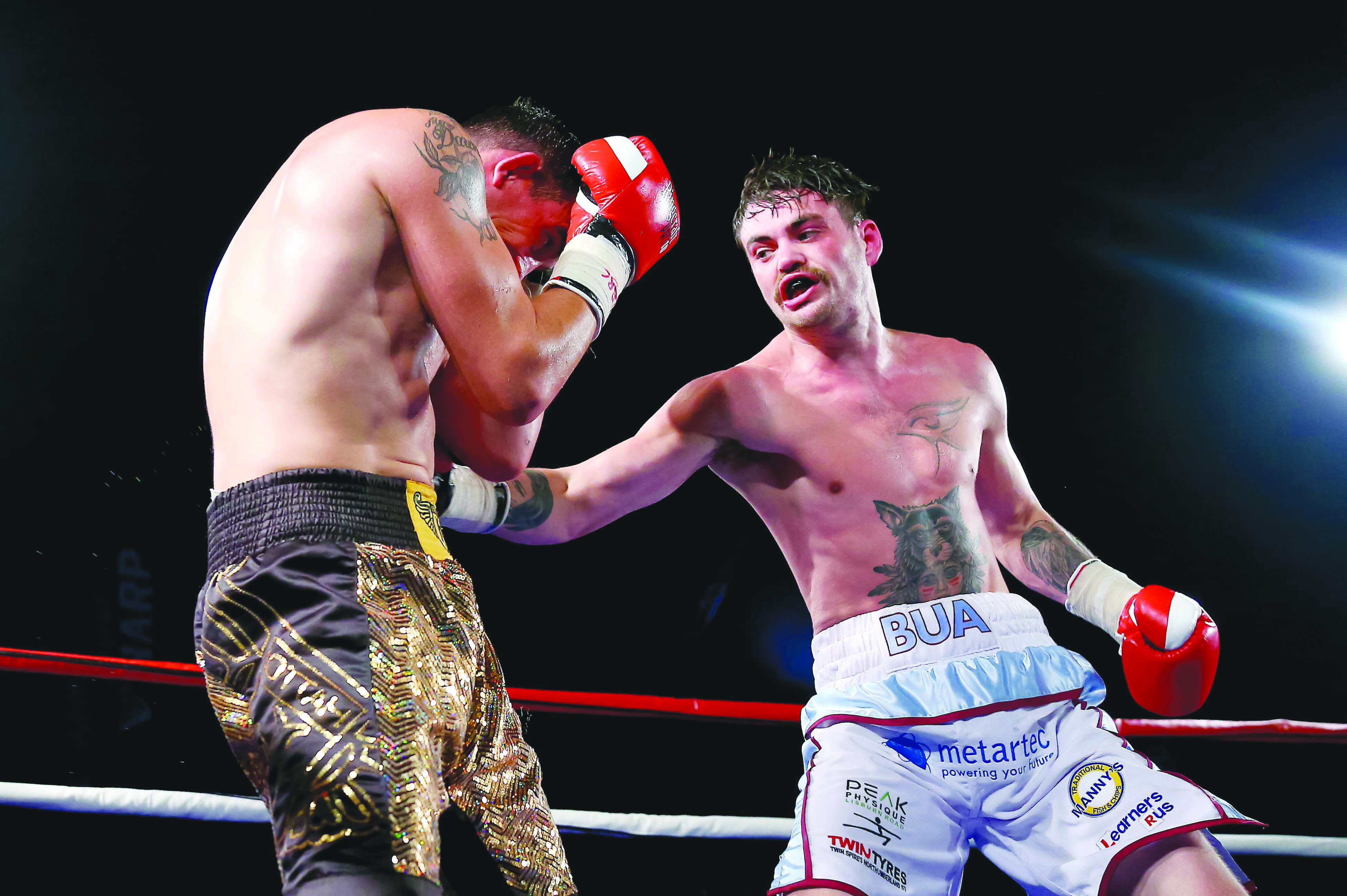 TYRONE McKenna is targeting titles and the West Belfast man, who has signed a management deal with MGM Marbella will get his first taste of action this year at the Roadstone Club in Clondalkin, Dublin on Friday when he takes on Lithuania’s, Arvydas Trizno.

McKenna was last in action back in August at the Feile Marquee when scoring a points win over Kevin McCauley to improve to 9-0, but with the backing of the rising Marbella-based management outfit, he hopes to turn his potential into titles.

“I’m in Marbella full-time now and will be out there for every camp and training with Danny Vaughan,” reports the 25 year-old southpaw.

“I have been working well with him and we have ben gelling on the pads.

“The training camp out there is unbelievable and it’s where you need to be if you are looking to get to the next level.”

An extremely tall welterweight who has a good skill-set and ability to mix it up, McKenna will shake the cobwebs off on Friday against before looking to pick it up, possibly in April in front of the Box Nation cameras back in Dublin.

McKenna explains that his performance in sparring against a world title challenger helped him get the contract offer.

“I had been talking with them for a while and was meant to head over in October, but went to London for a training camp instead,” he explained.

“It came up again when Derry Matthews was announced to fight (WBO lightweight champion) Terry Flanaghan – a southpaw – so I said I would go over to spar him. Luckily enough, they liked me and signed me.

“It’s nice to know exactly what fights you are going to have and what dates. Some will be on BoxNation too which is good – much better than sitting wondering when your next fight is going to be.”

The Lenadoon man is keen to get into the title mix as soon as possible having already served his apprenticeship and says he is ready to step up immediately.

“We have been talking about belts straight away,” he confirmed.

“The plan is to get this one out of the way then go straight into eight and ten rounders, so hopefully I will have a few belts by the end of the year.

“They asked me who I would fight, I said anyone at all, especially in the UK at British level. “I’ve good amateur pedigree, have had my journeymen fights as a pro so now it’s time to have the harder fights.”

This Friday should be something of a formality as McKenna is expected to bring his perfect record to 10-0 against Trizno (22-49-2) and says it is a good way to get back into the groove ahead of a potentially big 2016.

He continued: “He has 22 wins and 40 losses, but it’s really just someone to get me back into it because I haven’t fought since August, so hopefully I get the win and look good.”