McLaughlin out to retain the Shield 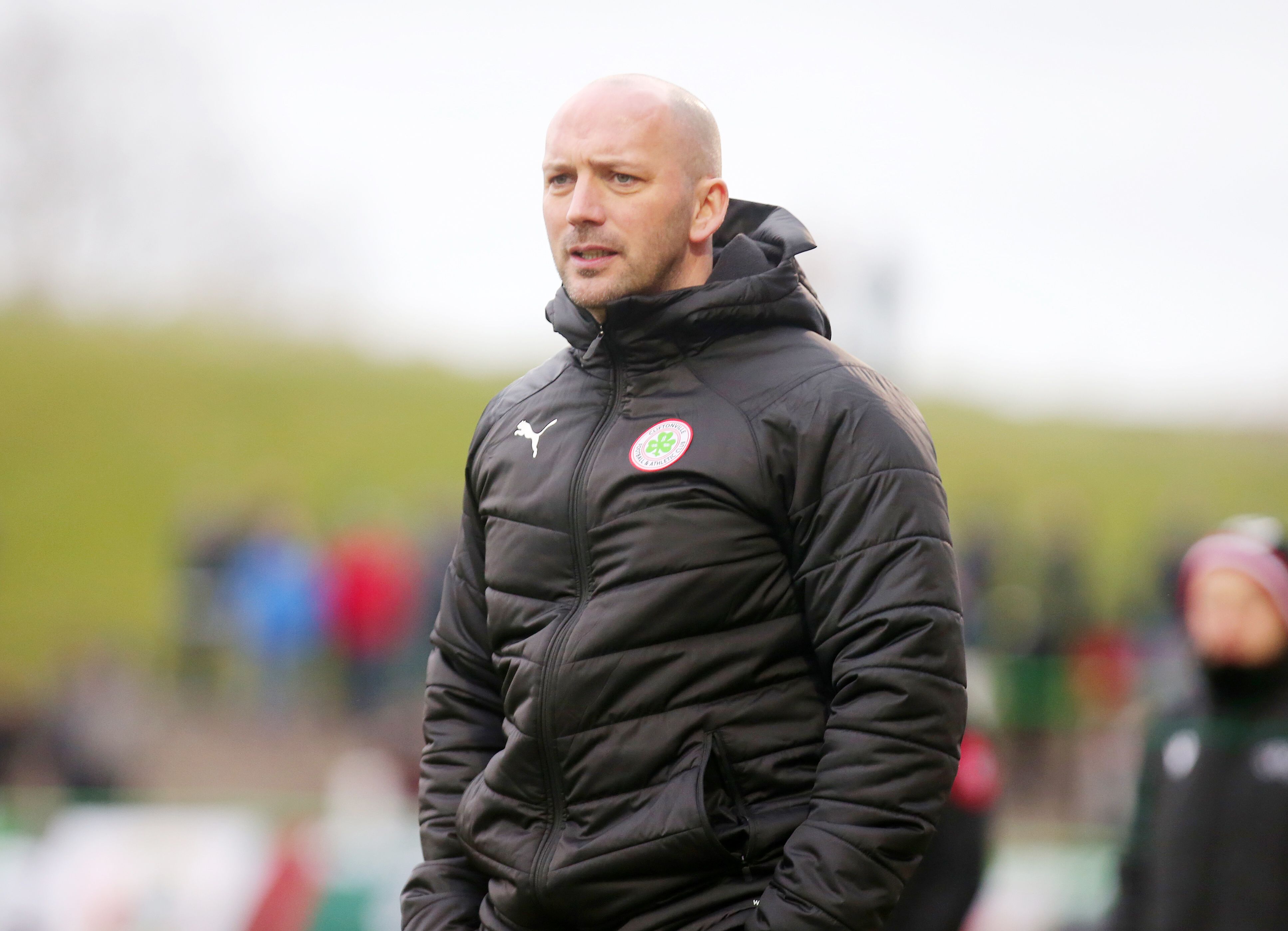 CLIFTONVILLE manager Paddy McLaughlin is adamant that his side are out to retain the Toal’s County Antrim Shield ahead of the beginning of their defence on Saturday.

A late, late comeback in January’s decider against Ballymena United saw Paddy McLaughlin guide The Reds to success and the Derry native is relishing a tough encounter in the first defence of the trophy.

“We want to retain it. Any team that wins any trophy wants to retain it - it doesn’t matter what it is,” McLaughlin insists.

“We’ve a tough game against Knockbreda and I’m sure they’ll be looking forwards to it as much as we are.

“We’ve got a week to prepare for it after pre-season finished up. All the hard work and dirty work of pre-season is finished with. Now it’s about competitive football and matchday preparation will be focused on that and geared towards Saturday’s game.
“This week will be no different and we’re looking forward to beginning the defence of the County Antrim Shield.”

A familiar face will return in Solitude in Stephen Garrett who joined the East Belfast outfit when his contract expired in the summer.

McLaughlin is disappointed that Garrett won’t receive a sizeable send-off from the Solitude faithful given crowd restrictions, but paid tribute to a great servant.

“Stevie was such a brilliant servant to the club and it’s a shame that a lot of people won’t be able to see him,” said McLaughlin.

“It’s disappointing that a lot of fans won’t be here to see him play but it will be good to see him back again.

“He’s always welcome at the club and I’m sure he’ll always be a part of the history of the club. In the future he is always more than welcome because he’s such a great servant.”

Having played their last few pre-season encounters in front of small crowd, McLaughlin is hopeful for an increased attendance in the not so distant future and feels the fans’ support is hugely missed.

“They are a massive part of football; football is nothing without fans,” McLaughlin stressed.

“I don’t think clubs will be able to survive without fans and we’ll certainly find it really difficult without the fans.

“It’s important that everybody stays safe and stays healthy in these times but the sooner they can come back the better. Not just for the clubs’ survival, but for the team on the pitch.

“They miss the crowds, especially in the ‘Under Stand’ where they are famous for their support and how good they are. The sooner they come back, the better because it adds to our game and adds to the players on the pitch and it’s not the same without them.”

The Reds’ pre-season concluded on Saturday with a 2-2 draw against Warrenpoint Town.
McLaughlin praised his side’s attitude and work-rate since the leagues curtailment in March and is confident there is a lot of good work going on behind the scenes.

“The boys continued on training and doing what they could over lockdown and did their own training on their own at home,” he reports.

“It was frustrating at times and we didn’t know whether the games would be going ahead.

“The way they applied themselves in the build-up to the (Irish Cup) semi-final and during the game was brilliant. They showed their quality and we were very unfortunate to lose on penalties.

“After a few weeks rest, we’ve come back in and straight into the matches this time rather than do another couple of weeks of hard work on the training pitch.

“It’s been beneficial for us. Some of the younger boys have got a bit of experience playing in the games.

“Odhran Casey has got plenty of run outs and has been excellent; Declan Dunne has shown that he’s more than capable of challenging Richard Brush for nets this year, which we probably haven’t had in a while.

“There’s a lot of good coming out of our pre-season. I know supporters judge pre-season by results and games but there’s a lot more that goes on behind the scenes.