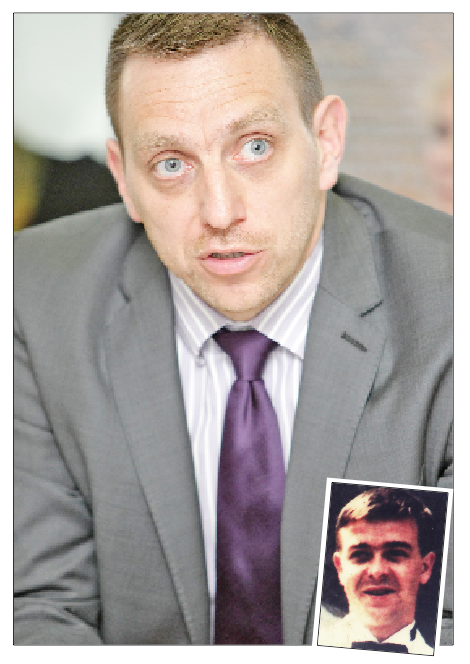 The brother of a Mount Vernon UVF murder victim has launched legal action against the PSNI for failing to properly resource the investigation into the killing.

Newtownabbey man Thomas McTasney, whose brother Peter was murdered by loyalist paramilitaries in February 1991, is seeking a judicial review of the decision to withdraw resources from the investigation and the failure of the Department of Justice to properly resource the case.

Youth worker Peter McTasney (26) was shot dead in the living room of his Bawnmore home. His three-year-old niece, Leanette McTasney, was injured in the attack. Shots were fired through the window of Peter’s home before the sledgehammer-wielding gang burst through the front door and shot the victim again as he lay on the floor.

The case was included in former Police Ombudsman Nuala O’Loan’s ‘Operation Ballast’ report, a damning investigation into collusion between the RUC and the murderous Mount Vernon UVF.

Loyalist supergrass Gary Haggarty, UVF battalion commander in North Belfast and east Antrim, has been charged with over 200 offences following admissions to police – one of the charges is in connection to the murder of Peter McTasney.

It is understood that he has made allegations of serious criminal activity against his former police handlers, as well as members of the UVF.

In March this year the McTasney family’s legal team became aware that the that the PSNI were not retaining the only four full-time investigators involved in the investigation into the criminality of Gary Haggarty.

Thomas’s solicitor, Pádraig Ó Muirigh, said the loss of the four investigators is unacceptable, particularly in light of the evidence of collusion laid out in the O’Loan Report back in 2007.

“I consider that the only sensible conclusion is that this represents a further stalling tactic which chimes in with the historic approach to these cases of the police as set out in the Operation Ballast report, and indeed with the views expressed more recently by senior police that the RUC will be protected,” he said.

Mr Ó Muirigh added they are also seeking to compel the Department of Justice to make the funding available to reinstate the investigators.

“We are also asking the court to find that the authorities responsible for making funding available for investigations like this should ensure that the PSNI do not have to release key staff at critical times in the investigation,” he added.