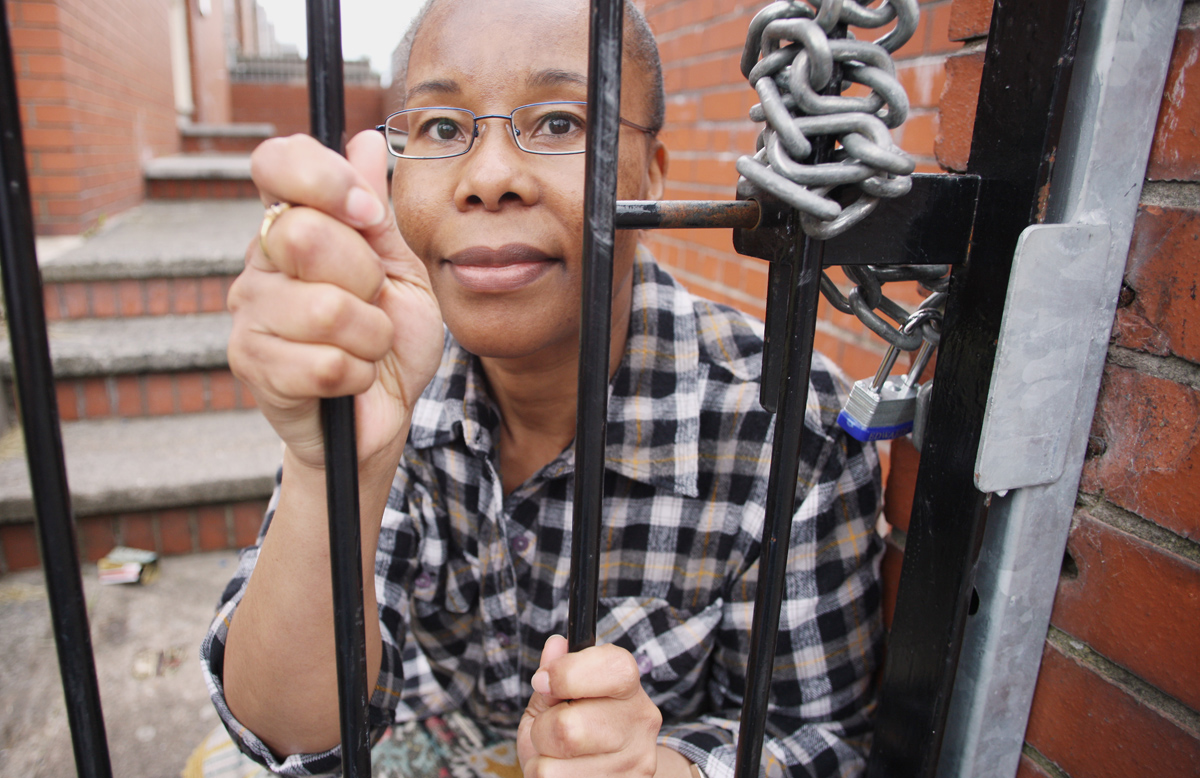 THE neighbour of a Portuguese woman and her daughter living in Belfast is “sickened” at the constant abuse the family gets from a gang of youths who have made them a prisoner in their own home.

Maria Joao Santos, 50, who lives with her daughter in Manor Street in the Cliftonville area, has had to chain her gate to keep away a gang of teens that congregates around her home on a nightly basis, at times numbering up to 30.

Speaking to Daily Belfast, Maria, said she’s terrified but nobody seems to be able to help.

“I think they attack me because they know it’s just me and my daughter living here and they don’t respect me because there isn’t a man here,” she said. “They come to my door at night, kicking it and screaming at me so loud that I can’t hear the television.”

The youths, who range in age from 13 to 18, are unafraid of any consequences, according to Maria.

“I call the police and when they arrive they run off, but when the police leave again they come back. I am fed up. I don’t do anything to annoy my neighbours. I just want to live in peace. It makes me very sad. When I ask them to stop they laugh at how I speak.”

A neighbour of Maria, who asked not to be named, said she’s “heartbroken” at what the family are being put through.

“It’s horrible, disgusting,” she said. “The poor family are afraid to come out because of these thugs. I was sickened when she told me she needed to lock the gate. I gave her a chain but even having to do that makes me feel so bad. That this has to happen in this area is not good. They are lovely, lovely people. I have contacted the police when it gets really bad but the gang keeps coming back.”

Maria said she doesn’t think the attacks were racially motivated, but her neighbour is in no doubt the family’s ethnicity is attracting the crowd.

“They are the only black family in the street so I don’t think that’s a coincidence. The poor woman is being terrorised.”

A PSNI spokesman confirmed there had been a number of anti-social behaviour incidents reported in the area.