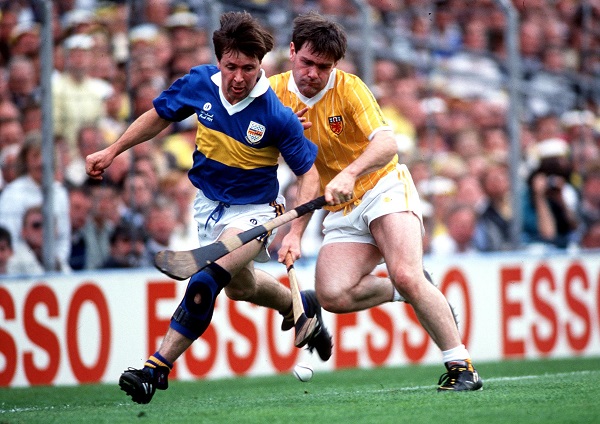 WHILE sports fans have been starved of live-action for over six weeks, the down-time has afforded the opportunity to deliver some great games of the past with old classics filling the void.

Sunday afternoons are now dominated by some of these fixtures on TG4 with Sundaypast seeing the 2017 All-Ireland Hurling final between Galway and Waterford screened in full, as-well-as the outstanding 1994 Ulster Senior Football Championship clash between Derry and Down.

However, the GAA has gone one step further and in conjunction with the Broadcasting Authority of Ireland, have launched the GAA Digital Archive at Croke Park providing free access to past GAA matches to internet users around the world.

In all, over 500 football and hurling matches were retrieved from broadcasters and information such as date, result, venue, referee, scorers and teams and substitutions were added.

1989 strikes a chord with Antrim fans as that was the year the county's hurlers reached the All-Ireland final thanks to a stunning 4-15 to 1-15 win over Offaly in the semi-final.

Sunday, September 3 was a day when Hill 16 became a sea of saffron with Antrim fans packing the famous terrace at Croke Park in hope of witnessing Jim Nelson's men score a shock win over Tipperary and take Liam MacCarthy north for the first time. In the end, it wasn't to be as Nicky English inspired the Premier County to a 4-24 to 3-9 win.

While it was a disappointing afternoon for Antrim, all can look back on that day and indeed, season, with pride and if the memories need to be jogged, then the GAA's archive has footage of those games wit access free on its 'GAA Now' site or its YouTube channel.

During this time of isolation, the below link will help pass the time and provide hours of entertainment as we await sport to return.