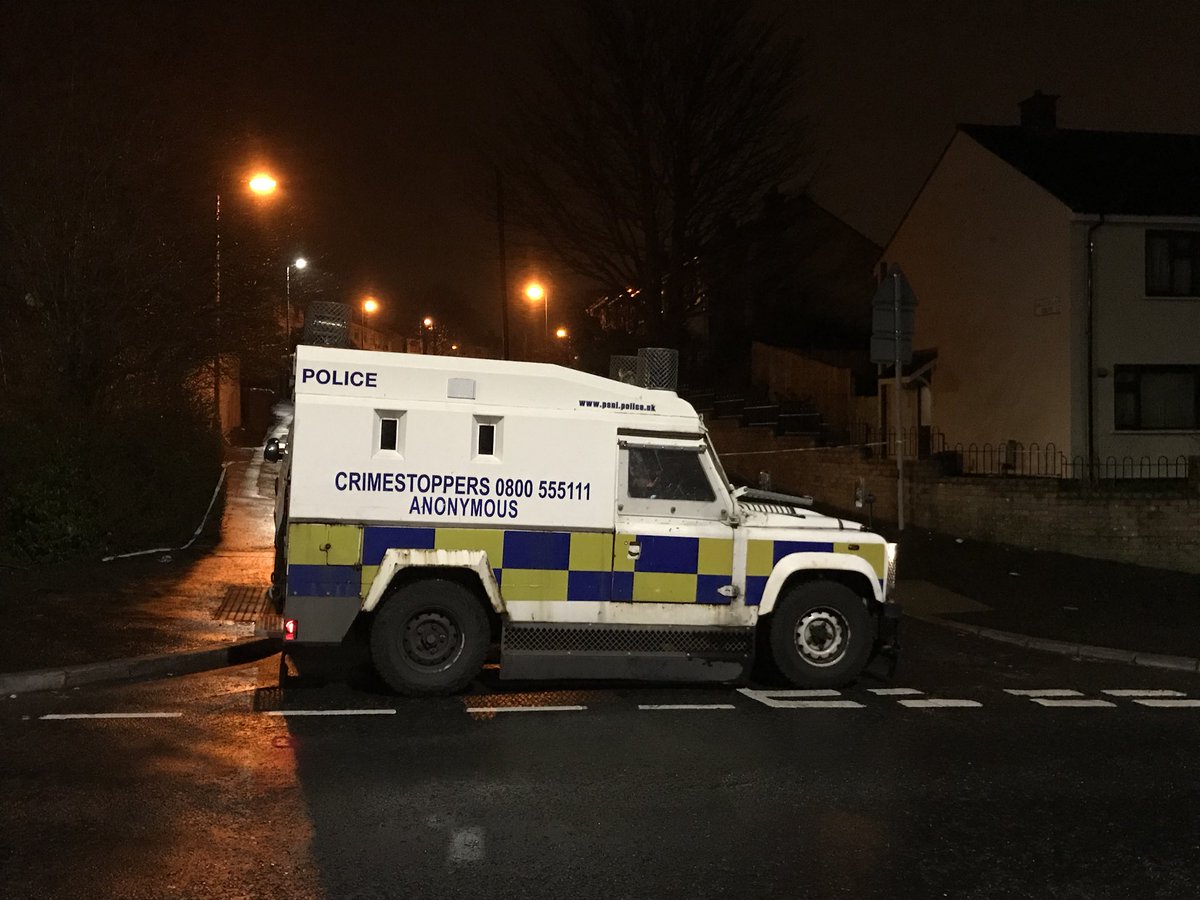 Police at the scene on Tuesday night

FOUR shots were fired in a residential area of North Belfast on Tuesday night.

The incident took place in the Tyndale area of Ballysillan at around 9pm. A car was later found burnt out in the Westland district.

“Shocked and sickened that a shooting has occurred in the street I live in and care for my elderly grandmother. Entire street cordoned off. These days should be long gone,” he wrote.

PUP Councillor Julie-Anne Corr-Johnston expressed her dismay at the shooting.

“Details of what happened exactly haven’t been made available, only to confirm a violent incident had occurred,” she said. “Police will be moving door to door making enquiries in the Tyndale area. I appeal to the residents to cooperate and share whatever information you have.

“There will be many heavy hearts across North Belfast tonight as the news breaks. Murder, or attempted murder as it appears in this case, smacks of a past we passionately want to leave behind.”

Police are appealing for information following a report of a shooting in north Belfast around 8.10pm last night, Tuesday 10 April.

Detective Inspector Rachel Wilson said: “We believe that a number of shots were fired at a man who was out walking in the Ballysillan / Tyndale Drive area, just after 8pm last night. A further shot was discharged as the gunman ran from the scene.

“The man was not injured in the incident.

“We are appealing to anyone who saw any suspicious cars or activity in the area around the time of the shooting to get in touch with us.

“We would particularly like to hear from anyone who saw a tall male in his 30s or 40s in the area, who was dressed in a dark coat with his hood up and carrying a bag. We believe that he left the area in a car.

“We are also investigating whether there is a link between this shooting and a black Vauxhall Vectra that was found burned-out in the Old Westland Road a short time later.”