So many local champions for the Taoiseach to meet 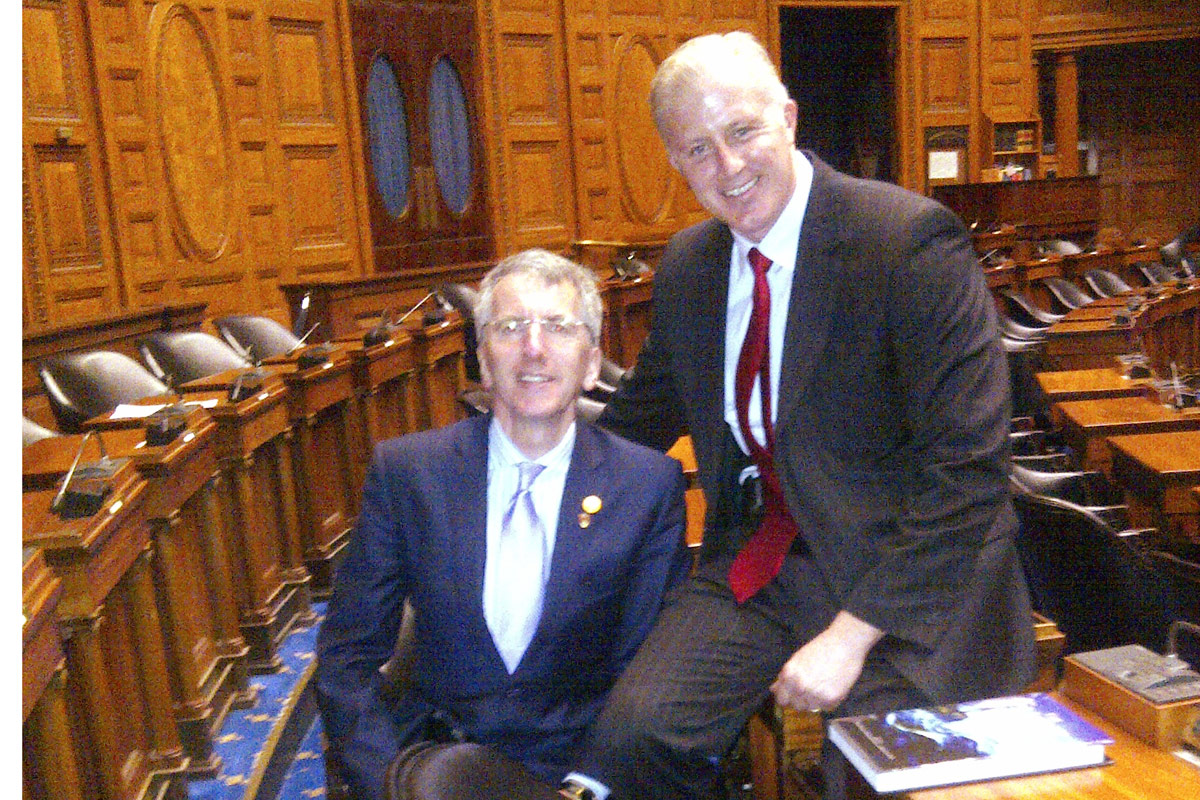 The FIRST Aisling Awards took place in the Beehive back in 1997 – I remember it best for the fact that Brian Kennedy was among the honourees.His parents attended, if the grey cells aren’t deceiving me, and he spoke movingly of his connection to the Falls.

The late Brendan Bradley, a champion of Ardoyne, and the Antrim camógs were also among the Aisling recipients at what proved to be the springboard for the biggest annual awards event in the Belfast calendar.

The most electrifying Aisling evening was on November 11, 2004 when the Reverend Jesse Jackson lit up the room with a powerful sermon. Speaking against the background of racist attacks on immigrants to Belfast, he reminded his rapt audience that the Good Samaritan of Biblical fame was an immigrant. My father Sam had died earlier that day but I wouldn’t have wished to be anywhere else than in the embrace of the Aisling community when emcee Ivan Little acknowledged his passing.  (An aside: I have often quoted one of the Rev Jackson’s many aphorisms, delivered after the Aisling gala: ‘Not everyone who benefited from civil rights marched for civil rights.’)

Tonight, An Taoiseach Enda Kenny will join the long list of prominent national and international speakers who have graced the Aisling stage. He comes to Belfast on the back of a disappointing decision to scrap the planned highway from Dublin to Derry (a decision since partially reversed) but I have no doubt that he will enjoy the Belfast céad mile fáilte.

He will certainly be surrounded by the stars of the new Belfast, not least justice campaigner Geraldine Finucane and Baroness May Blood, a veteran champion of integrated education who hails from the Shankill.

In truth, all the shortlisted individuals and organisations are deeply inspiring. They confirm my belief that there is an incredible amount of selfless work going on to make Belfast better. The job of Aisling today, as it was back in the buzz of the Beehive, is to spotlight all that good work and to applaud those who believe that a life lived in the service of our neighbours is a life well-lived indeed.

AT THE end of last week, I hosted a coming together in Boston of the Massachusetts Irish and their cousins from Donegal and Derry at the annual Irish Echo Golden Bridges celebration.

Golden Bridges, now in its fourth year, was set up to forge mutually beneficial relationships between educational, cultural, business and community organisations on both sides of the Atlantic. John Hume and Mayor Ray Flynn of Boston started all this over 20 years ago with their Boston-Derry Ventures project and our modest efforts are taking up where they left off.

But between seminars and showcases, luncheons and roundtables (honest, we had all of those: see www.irishecho.com /boston), I got an opportunity to experience a workout with one of Boston’s most famed entrepreneurs, Larry O’Toole. Some years back, I read in the entrepreneurs’ magazine Inc (www.inc.com) that Dublin-born Larry takes new-hires out to Harvard Football Stadium and makes them run up the stands.

I decided that was the  perfect way to recalibrate my weary bones after the New York marathon and gave Larry a call before heading out to Boston. “No problem,” said he, “meet me at 6.30 at Harvard Stadium.” I should have taken it as a warning of worse to come when he pointed out that was 6.30 in the morning, not the evening. When I reached the stadium, Larry was already there with about a dozen of his co-workers at the award-winning removal company he formed, Gentle Giant (www.gentlegiant.com).

“There are two ways to do this,” advised Larry, “you can run it or you can walk it.”

He was being kind. For while some of the Olympic-standard rowers on the go that morning did in fact run the stands, there was no way I was going to rise to that level. Instead, I made my way round the unbelievably steep stands slowly. The upshot was that my muscles were more cramped after this Harvard adventure than they had been following the previous Sunday’s New York marathon.

For Larry, of course, it’s about more than keeping fit – though he’s certainly that. “After a workout on the stands, I can not only tell you how a new recruit to Gentle Giant will fit in but I can probably tell you everything about the rest of his life,” he explained. “When the pressure is really on, I look for the person who jokes and smiles even more. If a person reacts like that at the Harvard Stadium, even after going up 20 stands, then I know they will do well at Gentle Giant.” I’m not sure what that says about me: I finished cursing and swearing and gulping for air, a few seconds over the 40-minute cut-off time the Gentle Giant team usually impose on slowcoaches!