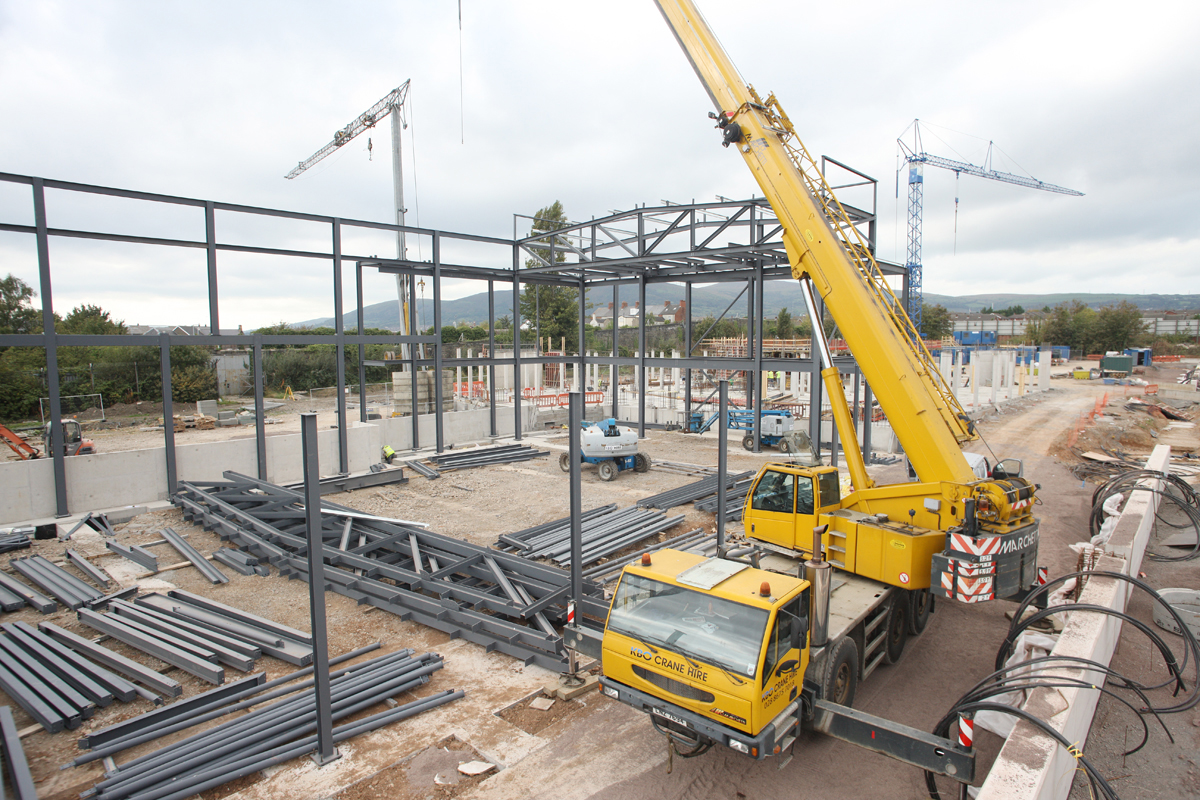 Plans for a much-needed new sports facility on the site of a major Belfast housing development have been thrown into chaos after it emerged that the proposed changing facilities won’t be immediately accessible to under-age sports teams as they don’t comply with child protection legislation.

Now a North Belfast soccer club is urging the Department for Social Development to rethink the sports provision aspect of its multi-million-pound new development which is finally being built on the site of the former Girdwood army barracks after a planning staged dogged by controversy and delays.

St Patrick’s Football Club have say the lack of dedicated changing facilities for the planned new multi-use 4G pitch will make it virtually impossible for teams to use the new pitch without adult mentors falling foul of child protection requirements.

Belfast City Council recently ratified a decision to allocate a further £6million to the Girdwood development for the first swimming pool in a nationalist area of North Belfast. That money is separate from the £11million being spent on the current DSD build, which will include housing, a community hub, an indoor sports facility – and the new 4G pitch.

The Girdwood project has been broadly welcomed, however St Patrick’s FC have called on the DSD to ensure that the facilities meet the needs of local teams before they are completed later this year.

“The club are shocked and disappointed that this facility that is supposed to benefit all the surrounding communities has not got a dedicated changing facility,” said St Patrick’s manager Ciaran Smyth.
“We as a club based in the New Lodge, which is close proximity to the new facility, had high hopes that this pitch would meet the sports development needs of a community with limited provision.
“No access to changing presents lots of problems in particular around child protection and the only safe way to ensure child safety is dedicated changing.”

Local political representatives have been working on securing extra funds that would see secure permanent facilities for the outdoor pitch but no deadline has been set for when that might be achieved.

“The excuse that the new sport hub will have changing is not good enough – there is no agreement on what will go in here or if the funding is in place to put it there.  It could be years before anything happens,” added Mr Smyth.
The development of Girdwood is being led by the DSD, but the new development will be managed by Belfast City Council once it’s completed.

A spokesperson for DSD said: “The agreed Girdwood Masterplan includes the Belfast City Council-led community hub, new housing, mixed use economic units and importantly an indoor sports facility which it is planned will contain dedicated changing facilities for pitch users.

“We are currently taking forward preparatory work with other stakeholders to help deliver this facility.  As an interim measure, Belfast City Council will provide changing facilities in its new community hub, immediately adjacent to the pitch, and is continuing to examine other options so that everyone can benefit from the development of the pitch.”