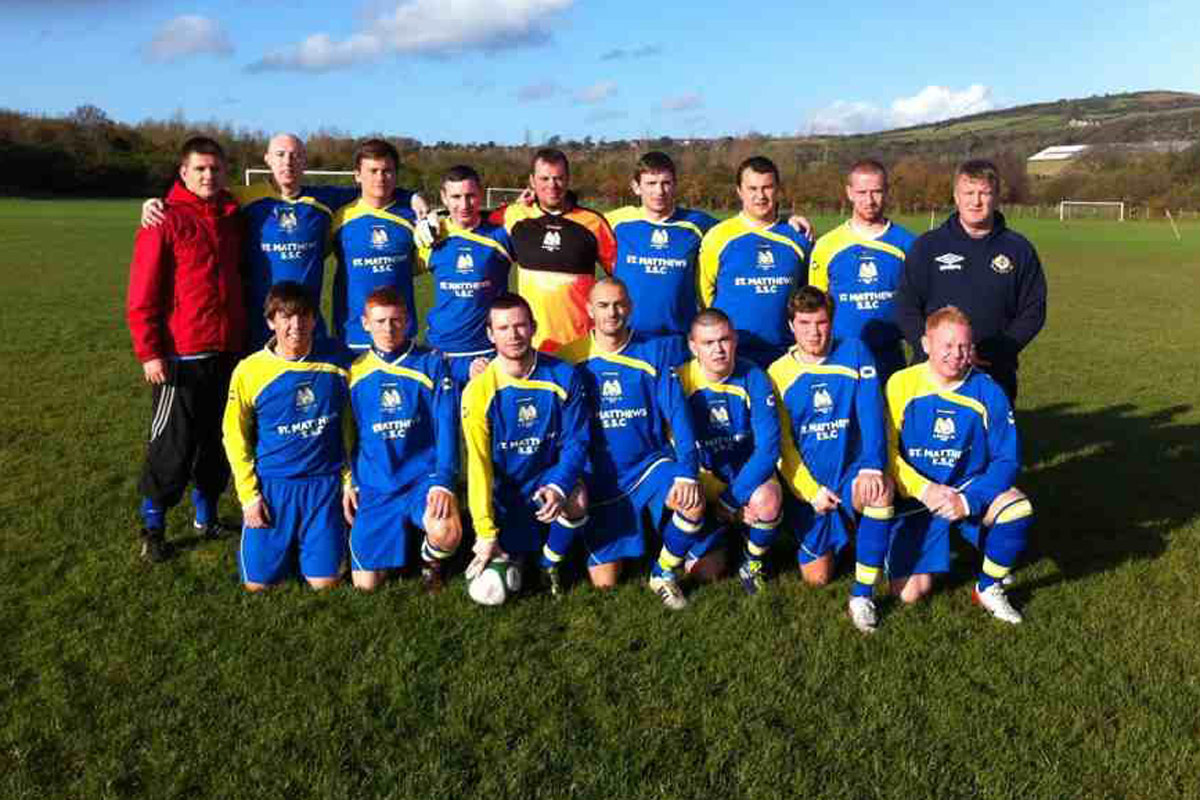 Under the watchful eye of new manager Lance Shields, St Matt’s progressed to the second round of the Nelson Cup with a hard fought victory.

St Matt’s got off to a flying start when Steven Black scored an absolute cracker from 35 yards.

Bhean Mhadigan responded within 15 minutes before St Matt’s were forced into a substitution when Ciaran Curran pulled up with a recurring knee injury. He was replaced by Robert Bell.

Black put St Matt’s back in front just before half time with a cool finish.

Ten minutes into the second half Black made a clumsy challenge and received his marching orders.

This forced Shields to bring on Conor Burns for Seamus Fitzsimons.

Sean McVeigh entered the fray and St Matt’s continued to press with good skill from Robert Bell ending with Liam Prigent finishing the game off.

Manager Shields was delighted with the team performance and especially with Ciaran Boyle who was superb.

An unbelievable last fifteen minutes helped St Matt’s to come from 4-1 down to win the game 5-4 with the last kick of the game.

Some terrible defending in the opening 45 minutes meant St Matt’s trailed 3-0 at half time.

St Matt’s burst into life and scored early through Anto Meighan, only for Clifton to make it 4-1 shortly after.

The comeback began with Gary Quinn getting his head to a Paul Smyth corner before centre half Hargey made it 4-3 after a great one-two with Terance Ward.

Meighan popped up again with a cool finish to level the game but St Matt’s were overjoyed when Dee Moylan released Gary Quinn who scored a thrilling winner.

Manager Walsh was overcome with the performance of his players in the final 15 minutes of the game.