Storey expects Barnes to bounce back 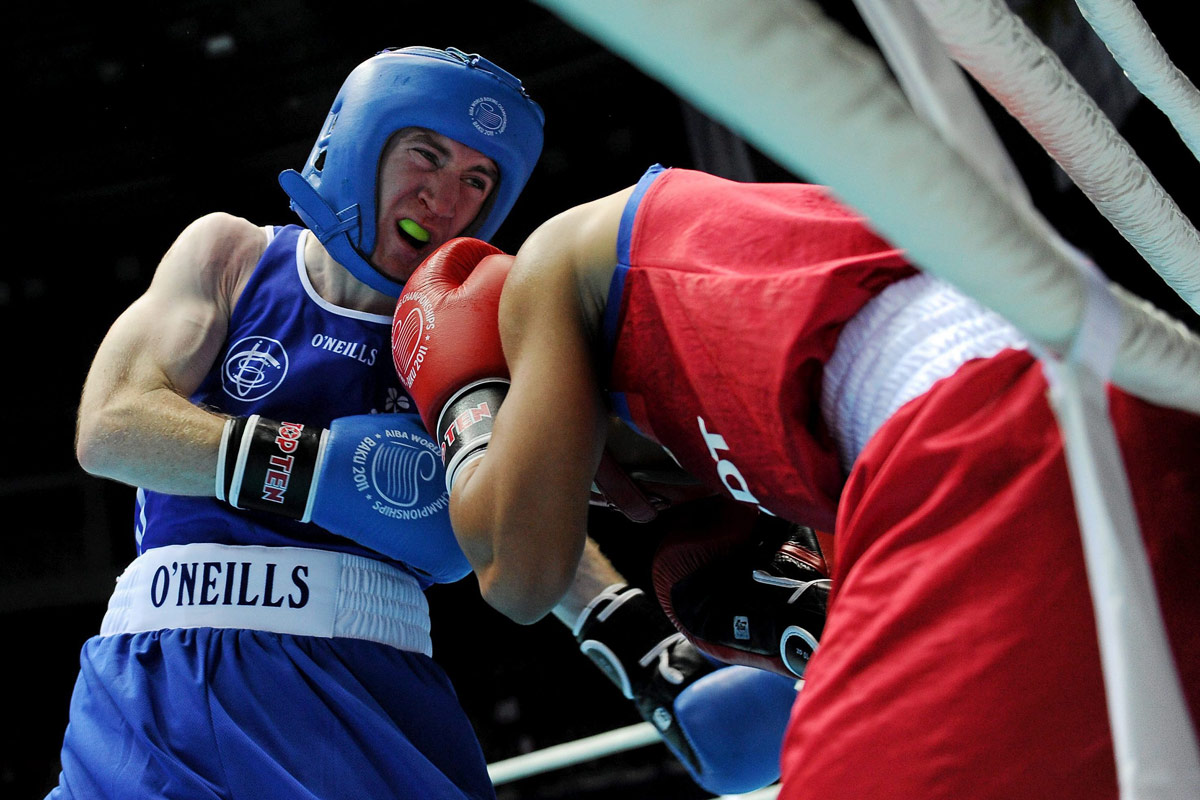 HOLY Family boxing trainer Gerry Storey expects Paddy Barnes to come back better than ever following his shock exit from the World Championships in Baku.

The light-flyweight lost his opening bout in the Round of 32 to Mark Barriga of the Philippines on Monday.

Barnes had high hopes of returning with a medal to add to his impressive haul but came unstuck against the 18 year-old.

That defeat put paid to those ambitions and also ensured Barnes must now compete in the final round of Olympic qualifiers in Istanbul next year if he wants to appear at the London Games.

However, the North Belfast man’s mentor believes his charge can bounce back and learn from the experience that Storey expects will give the Commonwealth gold medallist added desire to succeed.

“Like everyone else I’m disappointed but that’s the fight game,” admitted Storey.

“It’s not the first time that has happened down through the years and it certainly won’t be the last.

“Paddy learns from every fight and I’m sure he will learn from that one too. He will be back, make no mistake about that.

“There are still a couple of qualifiers to go so this won’t set him back, it will give him more of a drive.”

Barnes was making his first appearance at a major championship since returning from a wrist injury that ensured he couldn’t defend his European gold medal from 2010.

While not wanting to make excuses for the loss, Storey tended to agree that the lengthy injury lay-off may have been a contributing factor for the disappointing result but said he couldn’t give a proper analysis, as he is yet to watch the bout.

“I didn’t want to say it but you are right, the long lay-off with the injury with his hand had to have affected him,” he mused.

“I don’t know what way the training went over there with him.

“I haven’t seen the fight and I haven’t had the chance to talk to him to find out what the tactics were but I will get chatting to him and find out what went wrong when he gets home.

“He is still in there and he will be fine. This isn’t the end of the world and I expect him to come back better and he will get there okay.”

Many expected Barnes to coast through to meet old foe Zou Shiming in the Last 16 but his Filipino opponent produced the performance of his life to take the decision.

Barriga led 6-4 after the first round and extended the gap to 13-8 at the end of the second.

This meant Barnes had to go for broke in the final round but was picked off when stepping in and deservedly lost by eight points.

A devastated Barnes refused to make excuses after the contest and said the better man had won on the night while admitting his own performance hadn’t been up to his usual high standards.

“I just boxed unbelievably terrible. I was too eager to get in there and was falling short with my punches and I was getting countered,” he said.

“I had to press forward so that was suiting him as well – It’s just terrible.

“I was trying to come back into it and that was playing into his hands. He was grabbing and holding me as well. I hurt him with a few body shots and he was breathing very heavy.

“The injury made me have the lay-off but I’m not blaming that because I had a great training camp so I can’t make excuses.”

One Belfast boxer who will definitely be at the London Olympics is St John Bosco’s Michael Conlan.

The West Belfast man produced the performance of his life to defeat the French number two seed Nordine Oubaali 20-17 on Tuesday.

However, his fairytale run ended in glorious defeat yesterday (Wednesday) when he lost his quarter-final to Andrew Selby of Wales 25-24.

The defeat means Conlan misses out on a medal but will join Darren O’Neill and John Joe Nevin as the three Irish boxers who are certain to appear at the London Games.