The rough and tumble 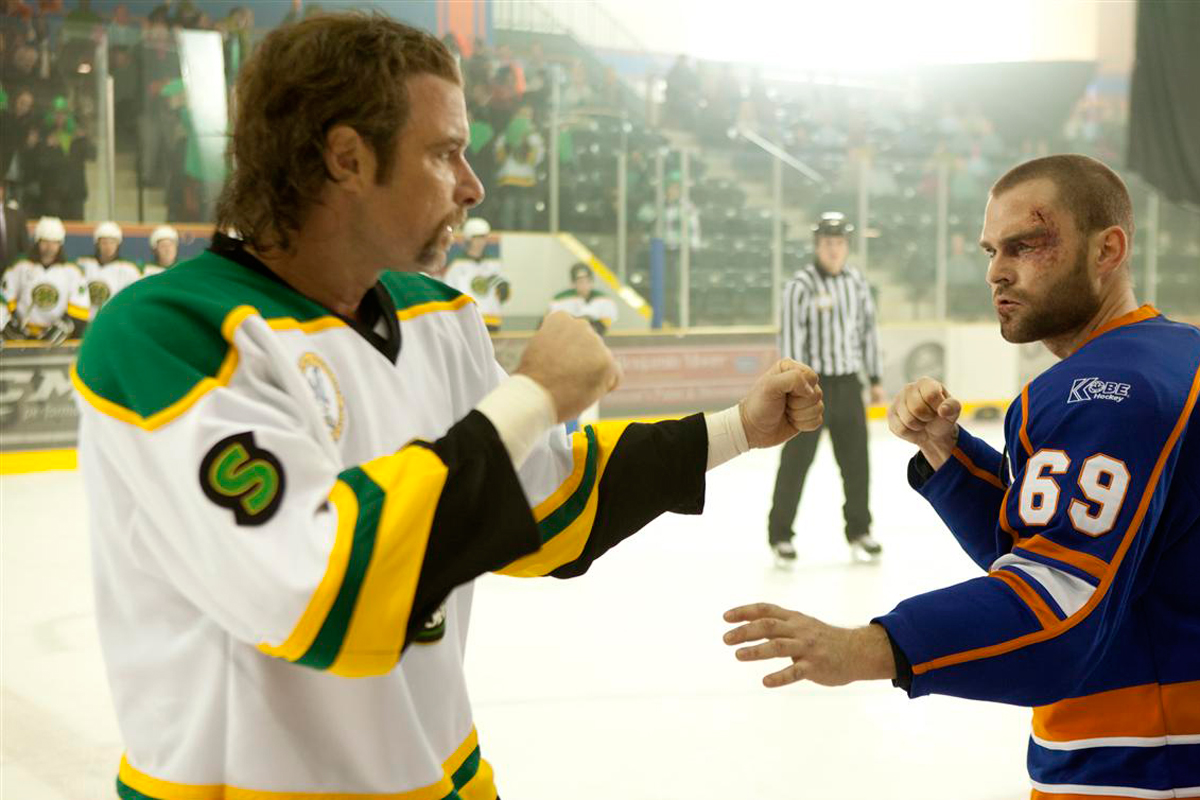 A knuckle-headed bouncer with a talent for physically hurting people, Doug (Seann William Scott) isn't exactly the brightest chap in the world, much to the dismay of his intelligent and cultured father (Eugene Levy). But, if they handed out doctorates for violence, there's no doubt that Doug would graduate with a distinction.

After Doug gets caught on camera fighting in the stalls at a hockey match, his talent for brutish violence does not go unnoticed and, no sooner is he invited to take part in a try out for hockey team the Halifax Highlanders, than he's hired as an enforcer – basically a defender whose job it is to protect the star players by taking as many hits as he can while roughing up the opposition every way possible.

Charged with protecting top scorer Xavier Laflamme (Marc-Andre Grondin), Doug takes to the rink with a vengeance and soon earns the nickname Doug the Thug.

But Doug's talent for starting fights and winning them sparks the attention of Ross Rhea (Liev Schreiber), a legendary enforcer who plays for the Highlanders’ rivals, St John's Shamrocks, and soon all-out war ensues on the ice rink as Doug and Rhea face off in a bone-crunching battle that's not for the squeamish.
http://www.youtube.com/watch?v=K_YQU2xZxWs
Any good?

One of the odd delights of going to see an ice-hockey match is not only witnessing a fast-paced contact sport played speedily across the ice, but the primal joy of the occasional fist-fight that breaks out amongst the pumped-up players, and it is from this bloodthirsty fascination that Goon gets its premise.

Seann William Scott excels when it comes to playing a bad boy with a heart of gold and, although he plays a violent 'goon' whose answer to most social dilemmas is to swing a right hook at it, he's very much a well-meaning guy looking to find his place in the world.

Scott triumphs with the physicality of the role and looks every inch the blockhead with a high pain threshold but he also gives us a likeable character who is looking for acceptance and the admiration of his peers.

Although it's quite violent, it's also rather amusing as Doug gives as good as he gets on the rink and meanders through daily life like a little lost boy in the body of a cage fighter.

While the script isn’t the most intricate or complex plot ever written, the simplicity of the tale and the witty, amusing script help make Goon a pleasant little surprise, albeit a rather bloodthirsty one.

If you enjoy your sports movies and nothing thrills you more than a bit rough and tumble, then Goon could very well be the sports flick for you.