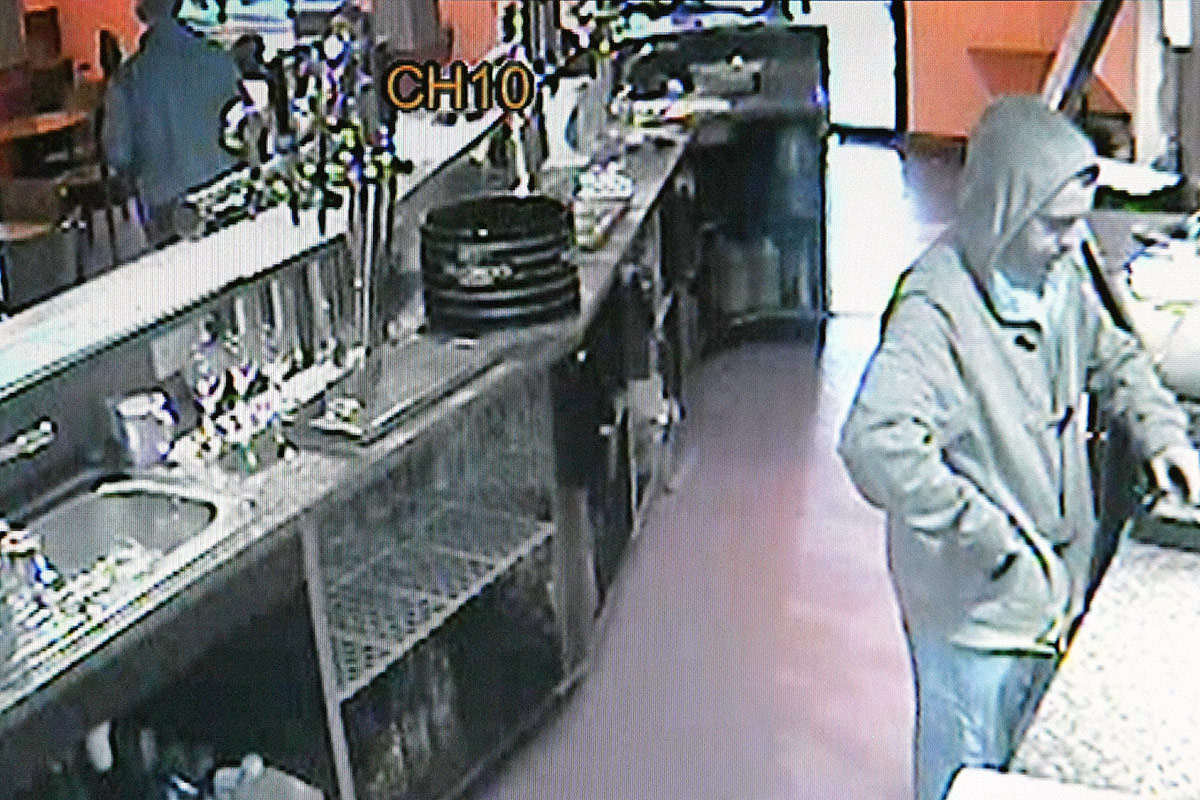 THIS is the moment a heartless thief helped himself to money raised at a West Belfast bar in aid of a local cancer charity. In shocking CCTV footage shown to the Andersonstown News, a man wearing a grey hooded top is caught red-handed by security cameras at the West Belfast Sports and Social Club on the Falls Road walking behind the club’s bar, opening a safe deposit box and pocketing cash that had been raised during a charity function at the premises for Macmillan Cancer Support.

The thief was accompanied by another man who kept a look-out for him while he pocketed the charity money. The pair were captured seconds earlier upstairs in the club walking past a group of children into a function room hosting a christening party.  They are then filmed leaving the function room immediately afterwards and walking downstairs to the main bar where the robbery took place.

The final CCTV footage of the pair shows them fleeing the social club by its Falls Road entrance seconds after the robbery took place.

The shocking robbery took place on Sunday, October 2, at around 5.25pm. Duty Manager at the West, Barry Muldoon, angrily described the incident as an “absolute disgrace”.

“Between them entering the club and leaving, it all happened within two minutes,” he said.

“After he took the money from the safe deposit box you see him trying to open the cash register to steal more cash.

“That these men thought they had the right to walk in here in broad daylight and steal money that was gathered with good intentions is just unbelievable.

“Charities find it hard enough as it these days to raise money, but for these thugs to come along and take advantage of people’s generosity is something else. The club has  taken a loss as we covered the money that was stolen.”

Police have appealed for anyone who has information about the man to contact officers at Grosvenor Road on 0845 600 8000, or call Crimestoppers anonymously on 0800 555 111.